New York is one of the world’s most exciting culinary hotspots, with a seemingly endless array of high-quality restaurants waiting to be discovered throughout the city. Whatever your favourite cuisine, the Big Apple will be able to cater for you, and this is certainly the case when it comes to seafood.

In the following article, we will introduce you to some of the city’s very best restaurants which are inspired by the ‘fruits of the sea’, with our selections including a number of fine dining establishments, as well as a couple of choices which would be perfect for those more relaxed evenings. Read on to see where you can find the perfect catch! 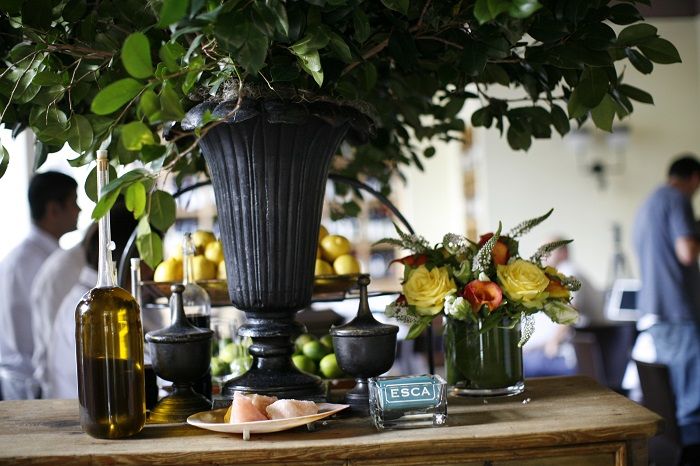 Inspired by the creations of the renowned, James Beard Award-winning chef Dave Pasternack, Esca – found in the heart of Manhattan’s Theatre District – is a favourite with locals and visitors alike, thanks to its menus’ special mix of elegance and simplicity.

Despite being in the centre of one of the world’s busiest cities, diners will feel like they have been transported to a coastal Italian village when they dig into the wonderfully fresh dishes for which Esca has become famous in recent years. 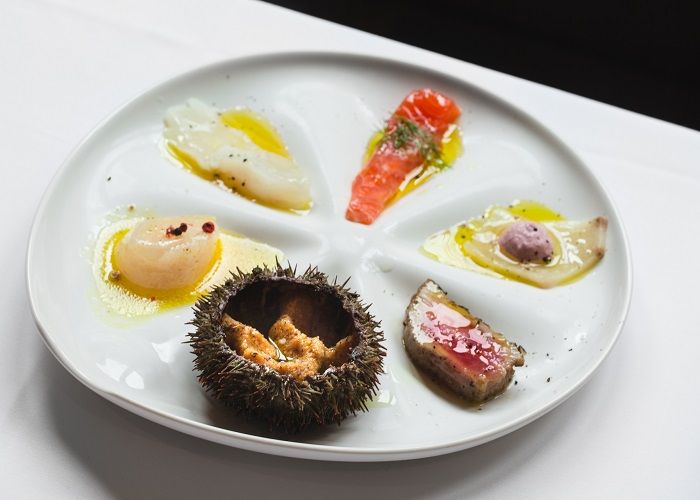 Along with an impressive continental wine list and idiosyncratic takes on a number of classic seafood staples, Esca is particularly highly regarded for its version of ‘crudo’ – the Italian-style raw dishes designed to bring out the striking natural flavours of the exquisite produce that is either flown in from the ocean hours before being prepared or even caught on Long Island Sound by Pasternack himself!

Journalist Frank Bruni perhaps summed up the secret to the success of this special restaurant best in his rave New York Times review, explaining that Executive Chef Pasternack is “an honest-to-God fisherman, in love with the ocean, and Esca is his ongoing ode to it”. 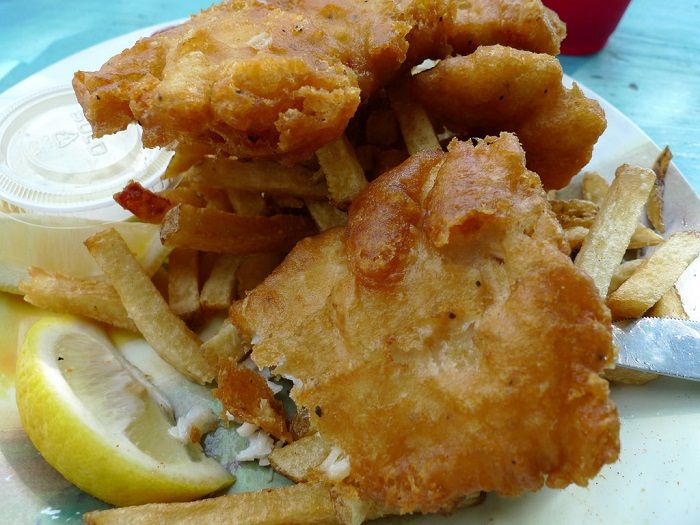 Of course, as much as we all love going away on holiday and exploring new ways of dining – as well as experiencing some of the many great attractions New York City has to offer – there’s no denying that many of us can start to miss good, old-fashioned British food after being away from home for a few days!

The intriguingly-named A Salt & Battery is widely regarded as the best place in the city, if not the whole USA, to find absolutely authentic, traditional fish and chips. The owners take their responsibility for providing visitors from Blighty with a taste of home away from home very seriously, and the quality of their menu is such that many native New Yorkers are also now developing a taste for this most classic of British dishes!

You can check out the restaurant’s menu here. Look out for all your favourites from back home, including cod, haddock, and battered sausage – all served, of course, with a generous portion of hand-cut chips (as the website says: ‘No French fries here!’). 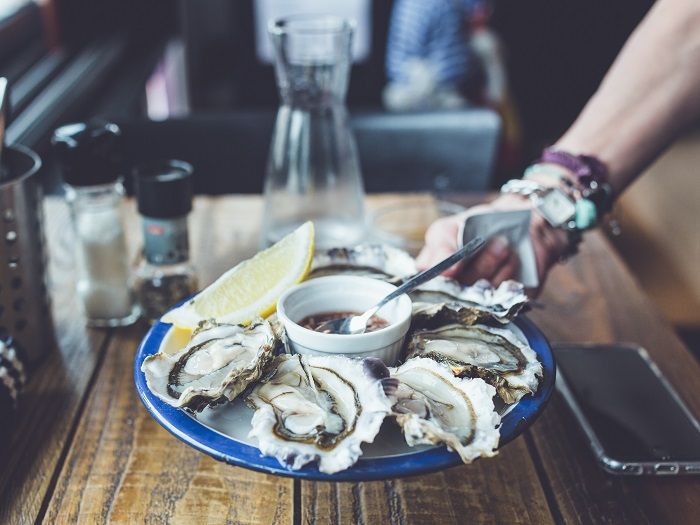 Having now been open for over 20 years, the Pearl Oyster Bar in Manhattan is known as something of a trailblazer. Anyone who has visited New York in recent years – or any number of other cosmopolitan US cities – will have found themselves spoilt for choice when it comes to restaurants offering lobster rolls, oyster platters and other such dishes which were traditionally largely found at the coast in states such as Maine.

However, the pioneering chef Rebecca Charles took it upon herself to make sure that fans of fine dining were no longer excluded from enjoying the delicious ‘beach food’ which has long been so popular in America’s seaside towns.

The Pearl Oyster Bar is another restaurant which has had praise heaped upon it by the New York Times, with one review acknowledging the role it has had to play in broadening the appeal of casual seafood in the city and inspiring the opening of other, similar establishments: “If any one event marked the dawn of this kind of oyster house, it was the opening of Pearl Oyster Bar in the West Village. Rebecca Charles, its founder and chef…inspired a new school of raw bars.” 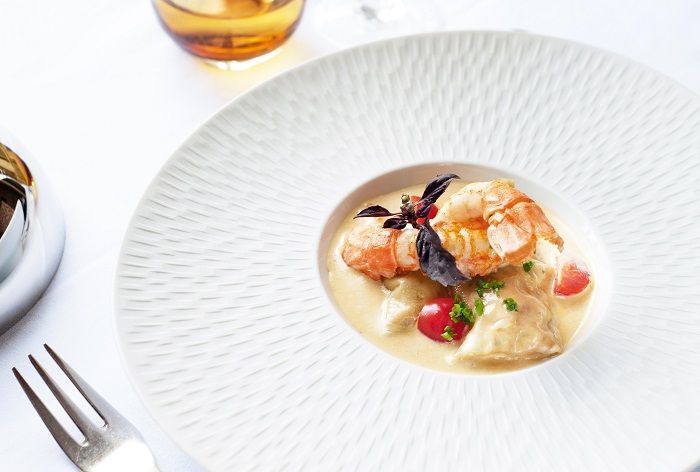 The Sea Fire Grill offers diners an upmarket seafood experience, but the restaurant’s roots can actually be traced to the farm, not the ocean. The Sea Fire Grill is a project by the team behind Benjamin Steakhouse, a small stable of restaurants which proudly offer some of the best steaks to be found in NYC and beyond.

This relatively new venture (the Sea Fire Grill has been open for about five years) has already become one of the best-loved seafood destinations in New York, with its wide range of fish dishes beautifully complemented by the high-quality meat the restaurant’s owners are famous for; if you are a fan of surf and turf, this is definitely the place to go!

The Sea Fire Grill also has the benefit of being one of the most aesthetically pleasing dining locations in New York. From the elegant pillared entrance to the ambient interior and amazingly well-stocked bar, everything about the eatery’s appearance is a fitting reflection of its impressive menu. 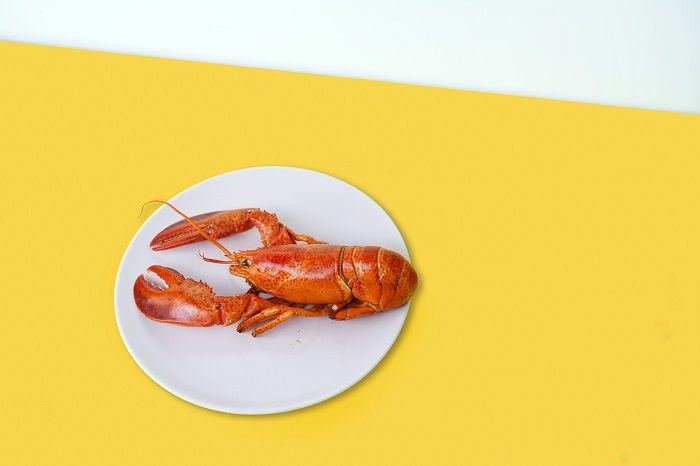 Finally, we head to a slightly more laid-back location which is nevertheless the perfect choice for lovers of truly great seafood.

Ed’s Lobster Bar in Lower Manhattan has received plaudits from all corners of the food press – as well as their ever-growing band of loyal customers – since opening. One example came from Buzzfeed which, in 2016, placed the bar first in an article called ‘These Might Just Be the Best Damn Lobster Rolls in NYC’!

In an interview with the Daily News back in 2012, owner and head chef Ed McFarland explained that he has always “felt an affinity towards lobster”, which explains why his establishment has now been thriving for so long.

As well as traditional dishes like grilled lobster, Ed is also known to dabble in innovative menu items such as lobster meatballs and pizza, so dining here is likely to be one of the more unique seafood experiences you’ll have in NYC.