The Best Water Parks in Orlando

Which park will you visit first?
Looking to make a splash on your next trip to Orlando? Cool down in the Florida heat on a thrill-seeking adventure in the city’s best water parks.

From swimming with dolphins at Discovery Cove to experiencing Aquatica’s hair-raising multi-drop tower slide (the only one in Orlando!), there’s plenty to keep you and the kids entertained in Orlando’s best water parks. Located in Universal Orlando Resort, this tropical haven offers the best of both worlds. Whether you want exhilarating water slides or to cruise along the lazy river in a rubber ring, Universal’s Volcano Bay™ has it all.

“As the newest water park to Orlando, Volcano Bay had a lot to live up to and it did not disappoint,” says family blogger Laura from Tired Mummy of Two. “The TapuTapu™ meant that we were not stood waiting in line for more than 10 minutes at a time. We also had fun with the TapTu Snap selfie-spots and got some great group photos. With a great variety of attractions for the whole family, we all had fun and were able to spend the full day there.” 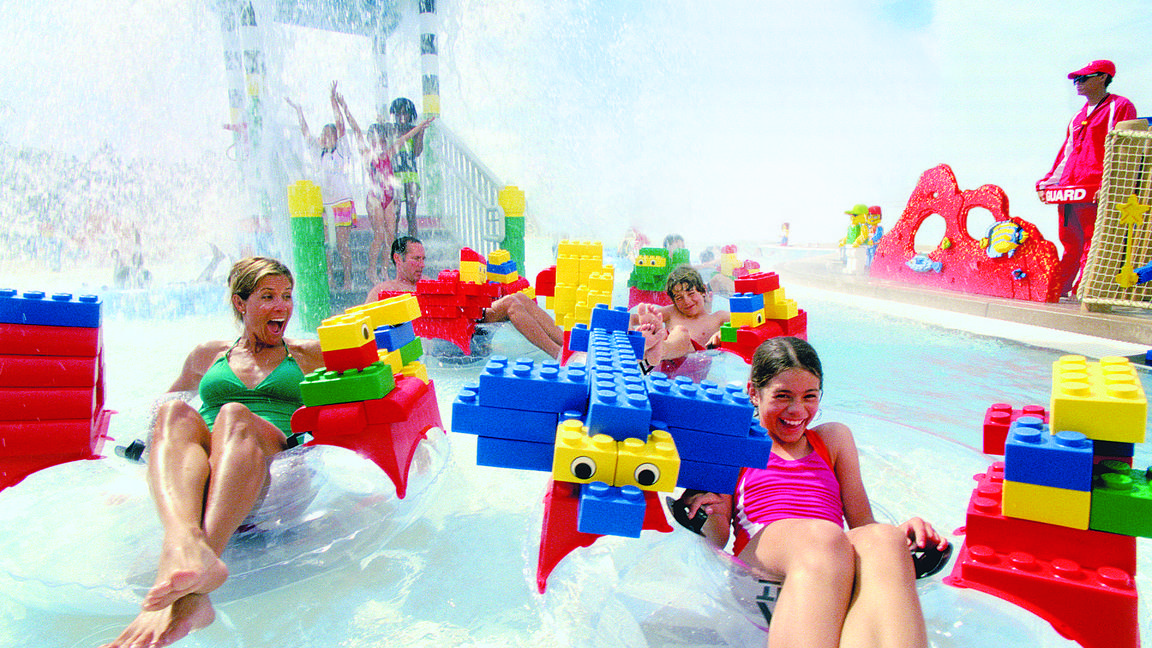 Although technically outside of Orlando, we couldn’t leave LEGOLAND® Florida off our list, especially if you have Lego-mad youngsters in tow! After exploring LEGOLAND’s great offerings, you’ll want to make your way to the back of the park where you’ll find the park’s best-kept-secret: LEGOLAND Florida Water Park.

Featuring a wave pool, slides and a lazy river where you can build your own raft out of Lego (yes, really!), this water park is a hidden gem for families looking for a quiet afternoon enjoying the water.

Emma from EmmaDrew.Info told us why her family loved visiting LEGOLAND Florida and its waterpark: “Legoland is a nice, calm day out if you’re in need of a break from the bigger parks in Orlando. About an hour from Orlando, it is great for children and adults alike. We visited as a couple and there were plenty of rides and displays to keep us entertained. Best of all, the queues were next to nothing.” 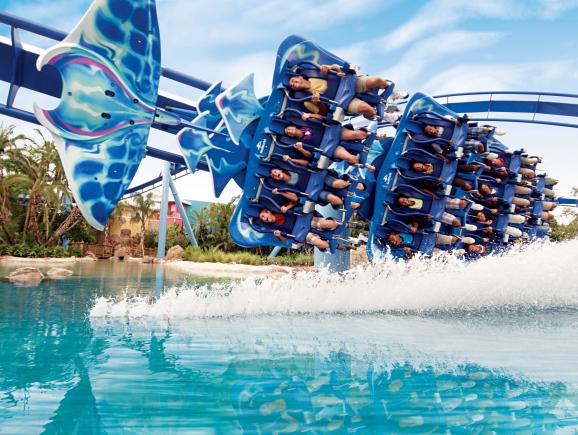 As well as offering spectacular rides, such as the world’s tallest river rapid drop, SeaWorld® Orlando is the place to meet some of the ocean’s most fascinating marine animals and watch incredible live shows.

“SeaWorld Orlando is a great park for families,” says family blogger Lisa from Drugstore Divas. “Kids will LOVE the new Sesame Street Land, which has age-appropriate rides and a splash pad for the kids. Plus, there's a quiet room there for kids who need a sensory break. Families will love the classic shows, like Pets Ahoy and Clyde and Seamore, and everyone will love Shamu!”

Nikki, blogger at Best Things to do in York, also told us why SeaWorld Orlando is worth a visit: “There are lots to see and do at SeaWorld from dolphin encounters to roller coasters. There are lots of animal-related shows throughout the day which is often a great excuse to sit for a while in an air-conditioned building!

“The Antarctica: Empire of the Penguin exhibit is incredible, allowing you to get close to five different species of penguins in the icy conditions that they are used to.

“We also loved Pets Ahoy - a great family show with very talented cats and dogs. They have fabulous rides too, including a brand-new coaster - Ice Breaker™ which opens this Spring and sounds thrilling and terrifying in equal measure!” 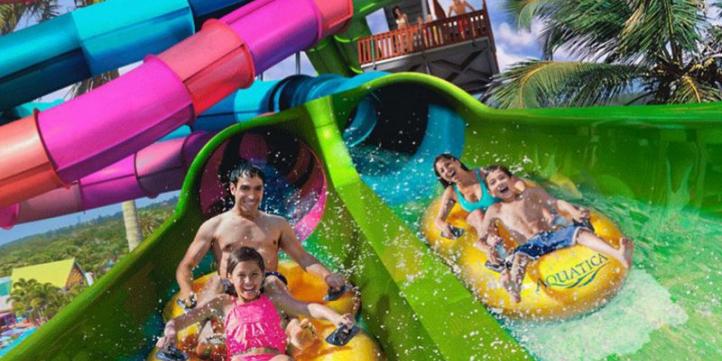 Aquatica™, the sister park of SeaWorld, is a colourful waterpark filled with high-speed water slides (42 to be precise!), serene beaches, animal exhibits and thrilling wave pools. If heart-racing water slides float your boat, you’ll want to brave Aquatica’s Breakaway Falls®, the tallest, steepest and only multi-drop tower slide in Orlando.

“Aquatica is a great way to get out of the Orlando heat and into the wave pool,” Lisa tells us. “There are two lazy rivers, tons of water slides and two huge sections for kids (including an area for kids under 48-inches tall).”

Family blogger Petra, blogger at A Mum Reviews, also told us why Aquatica is a thrilling day out: “Aquatica is a brilliant activity for a day out in Orlando. It provides a slightly cooling experience which is lovely if you’re in Orlando during the summer! Don’t forget to pack sunscreen and flip flops - the ground gets very hot!

“If you have a choice, visit on a weekday when it’s less busy. If you want to save money on your theme park tickets, buy them in advance as this will save you a small fortune. We booked a bundle ticket to include all Orlando theme park tickets, including Aquatica, which was great value.” 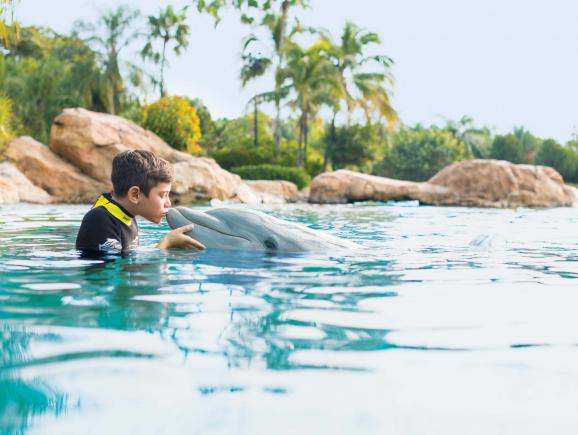 Also owned by SeaWorld, Discovery Cove® gives you an immersive experience meeting friendly marine animals – in the water! Whether that’s swimming with dolphins, meeting otters or even feeding tropical birds, Discovery Cove is an animal-lover’s paradise. Go on a sensory snorkelling experience or go one step further on an underwater walking tour of the Grand Reef with a specialist diving helmet.

“Discovery Cove is an absolute must-do in Orlando,” says Alice, blogger at Alice in Sheffield. “It’s the perfect way to chill out after busy park days and you can pay for extra special experiences such as swimming with dolphins or shark diving. You also have free reign in their cold-water bay with complimentary snorkels to enjoy all the creatures below, including stingrays.

“Take a trip around the lazy river or chill out in a hammock on the beaches. You’ll leave fully recharged ready for your next adventure.”

Can we help you plan your perfect Orlando theme park adventure? Get in touch with the Orlando Ticket Deals team today browse our Orlando park tickets today.