Disney is for Adults Too!

Orlando , Fun
By Sales Advisor Jimmy McGee
Here at Attraction Tickets Direct, a very common statement we hear from customers going to Orlando is ‘We don’t want to go to Disney as our children are too old for that now’. This makes us sad! The reason it makes us sad is because Walt Disney World really is for all ages and probably more so than any other Orlando Resort.

With Disney being something that almost 100% of anyone who has been to or is planning on going to Orlando can relate to, it is surprising that many believe Walt Disney World to be only suitable for those that are of a younger age. Walt Disney World is home to 4 of the top 15 Theme Parks (as voted by TripAdvisor members) in the world, with many other Orlando counterparts being part of that top 15 too. The resort is truly unique, where no park is in any way similar to another, with Magic Kingdom, Animal Kingdom, EPCOT and Hollywood Studios all offering something different to appeal to people of all ages. 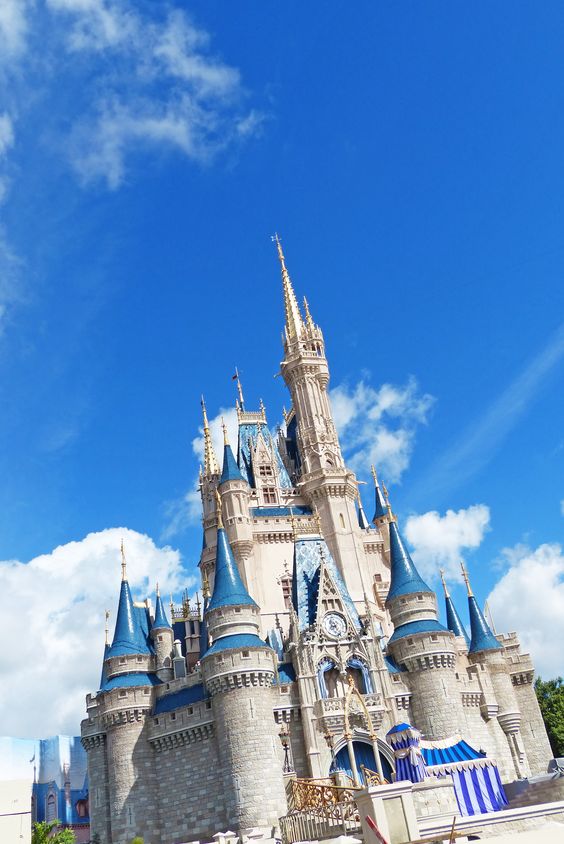 The first Walt Disney World park opened in 1971 and is the heart of the resort and the Flagship Park. Made up of 6 different lands, the park takes you into the world of Disney imagination with some classic attractions such as Space Mountain, Thunder Mountain, Jungle Cruise and Pirates of the Caribbean. Magic Kingdom is made up of more attractions than any of the other Disney parks, so it is a park that needs more than just one day to really appreciate it in its entirety. Different lands go in each direction from the central ‘Icon’ Cinderella Castle, with multiple rides, shows and attractions, a celebration parade in the day and a spectacular fireworks display at night where the Castle offers a backdrop for some remarkable photo opportunities. 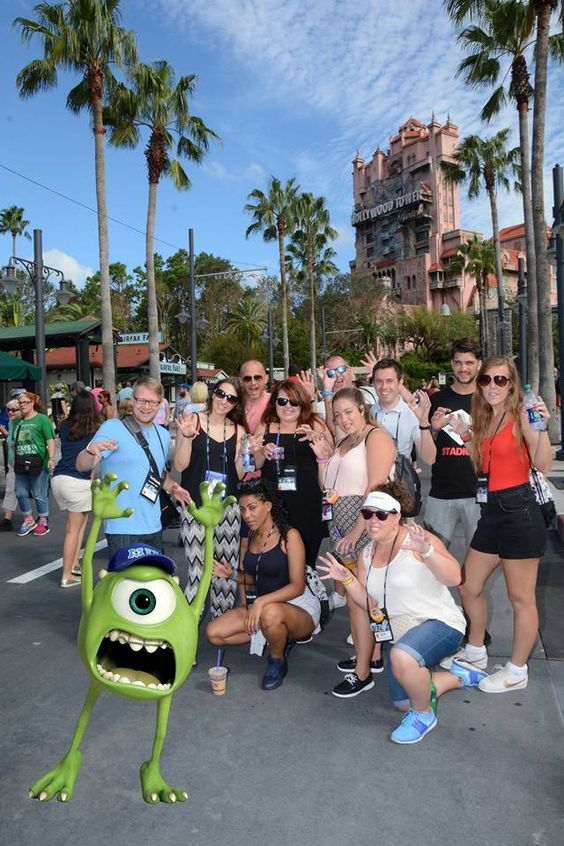 Opened in 1989 (as MGM Studios) where Disney takes you into the movies, so the theme is the Silver Screen. Here you can hurtle 13 floors down in a haunted hotel on Tower of Terror, rock out with Aerosmith on the park’s indoor launch rollercoaster Rock ‘n’ Rollercoaster, or play games with Woody and Buzz on Toy Story Mania. The park is home to some of Orlando’s best and most thrilling rides, with many having spawned replicas in Disney parks all over the world. Star Wars fans will love the dedicated parade during the day, where Storm Troopers roam and Darth Vader invades the park. All that coupled with some exciting developments including the development of Toy Story and Star Wars lands here in the near future. Hollywood Studios also offers arguably the most impressive night time show ‘Fantasmic’, where Mickey Mouse fights off all the classic Disney villains in a feast of water and fire effects, pyrotechnics and spectacular stunts. 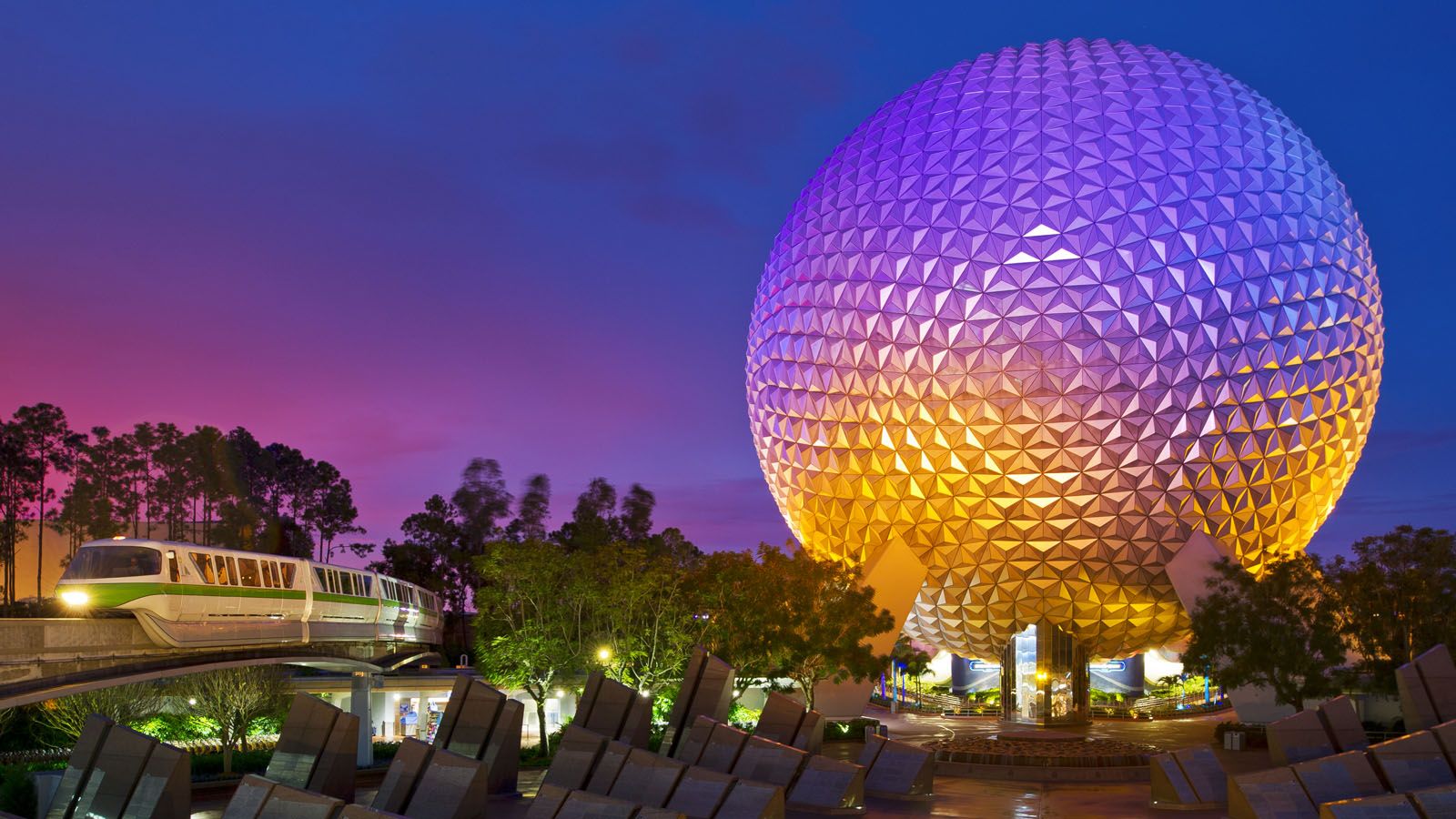 Disney’s second park, opened in 1981 where the message here is education, technology and the environment. A very different kind of theme park that has to be experienced and appreciated more, as rides are not at the forefront of the parks thoughts. It has its fair share of rides, but EPCOT is arguably the most beautiful of the 4 main parks at Walt Disney World. Ground-breaking rides such as Test Track, Soarin’ and Mission Space all offer the thrills for its customers, but it’s the World Showcase and surroundings that really make EPCOT truly unique. World Showcase is the only place where you can sample the authentic tastes, sights and cultures of countries like Mexico, Canada, Japan, China, Germany, Morocco, Italy and more all in one day. Top that off with the most spectacular fireworks and lights display in ‘Illuminations: Reflections of Earth’ at the end of each day. 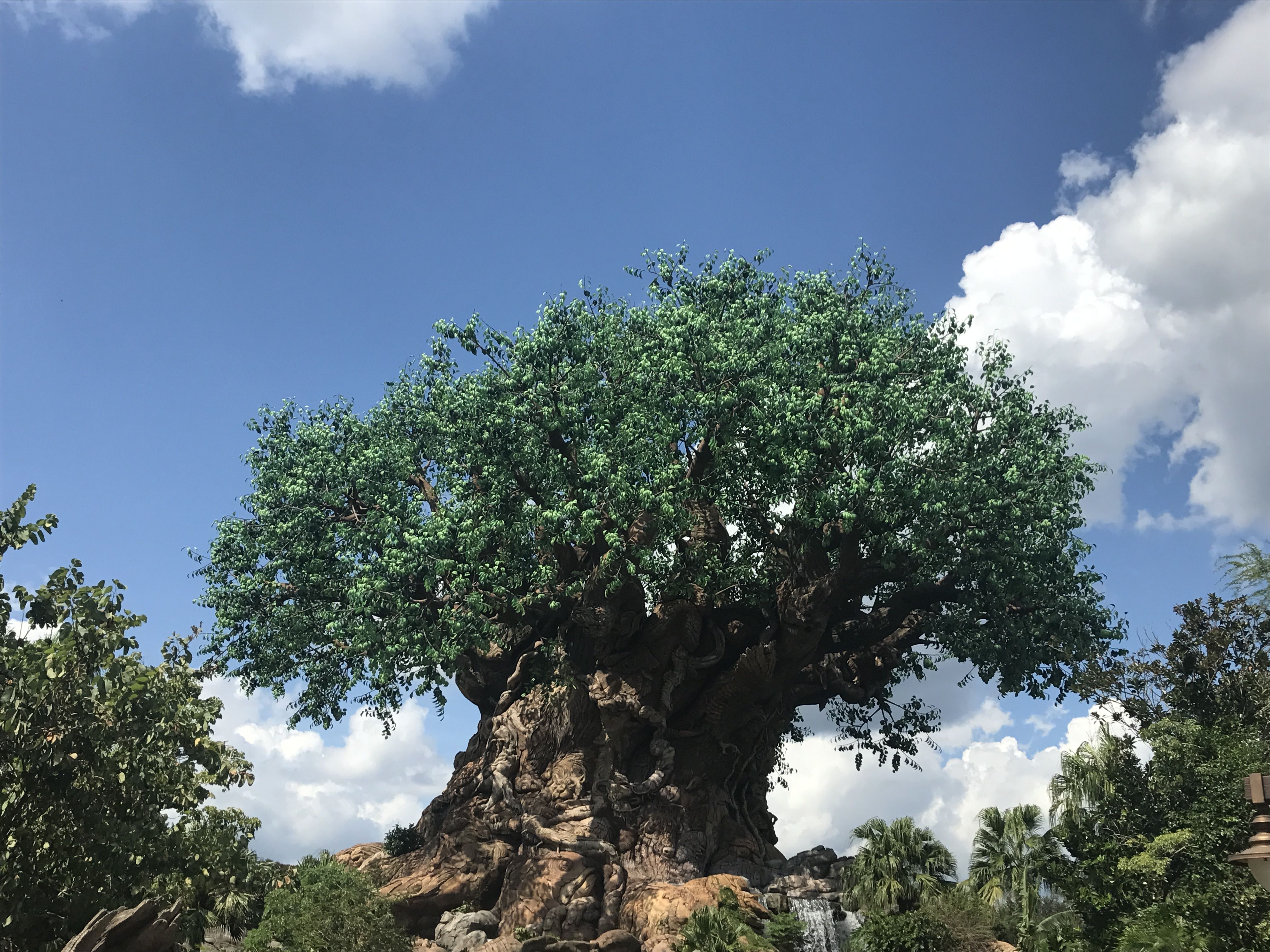 Disney’s newest park was built in 1998 and, you guessed it, focuses on giving you a fantastic jungle-themed experience with a Disney twist. It’s the only place in Orlando that offers a real safari on the Kilimanjaro Safari ride, where many different species of animals roam freely while you travel around in a 32-seater truck. 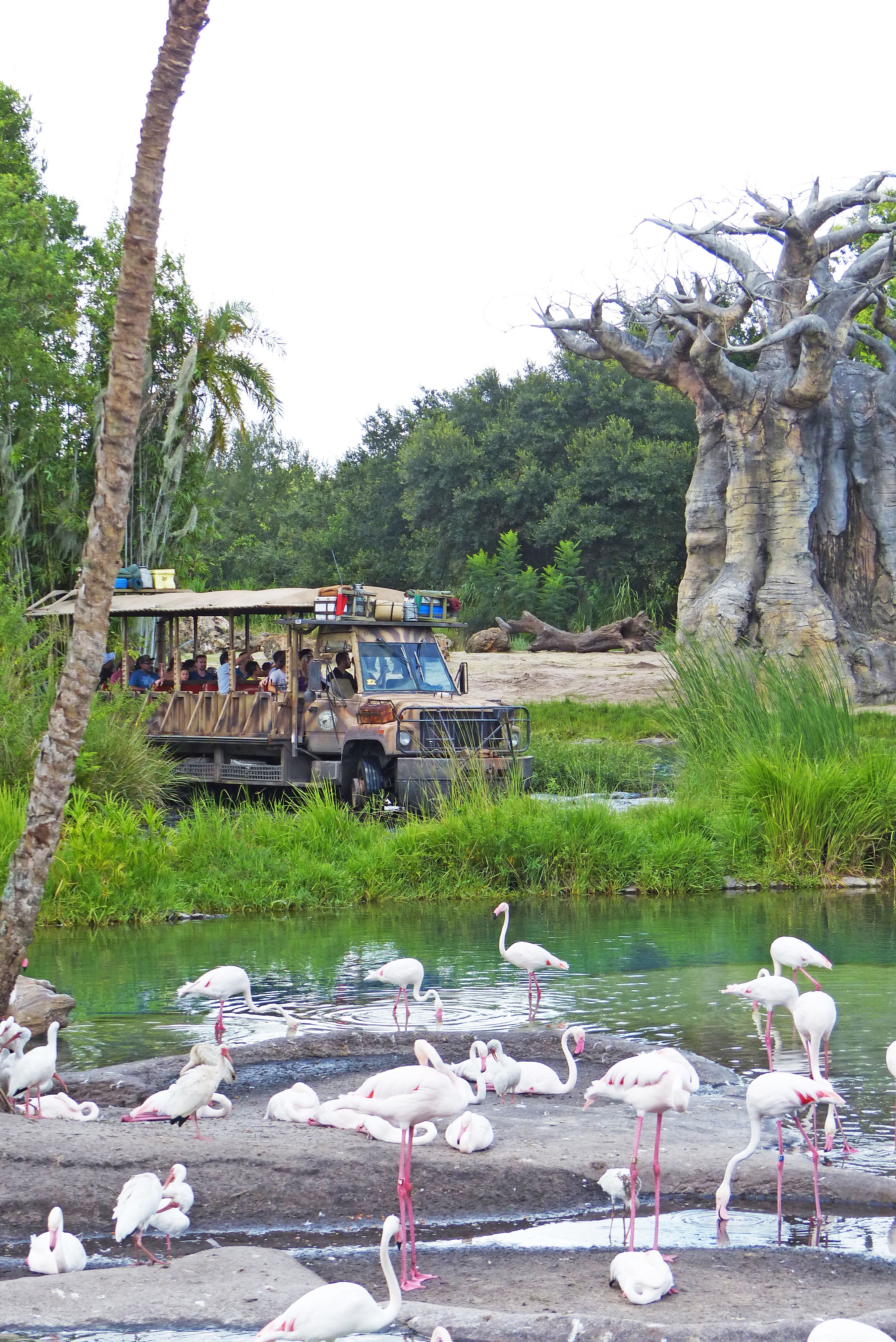 Expedition Everest, the world’s most expensive rollercoaster pits you against a Yeti but it’s the all-new for 2017 land of Pandora: World of Avatar that gives Animal Kingdom  bragging rights. The new land even features one of the worlds most advanced attractions, Flights of Passage, which puts you deep into the world of Pandora to fly a Banshee and save the population of Avatar with some stunning effects and never-before-seen ride technology. Watch fantastic shows based on Lion King and Finding Nemo, before a night time bonanza of lights and water effects in Rivers of Light which finishes off the day in dramatic style. 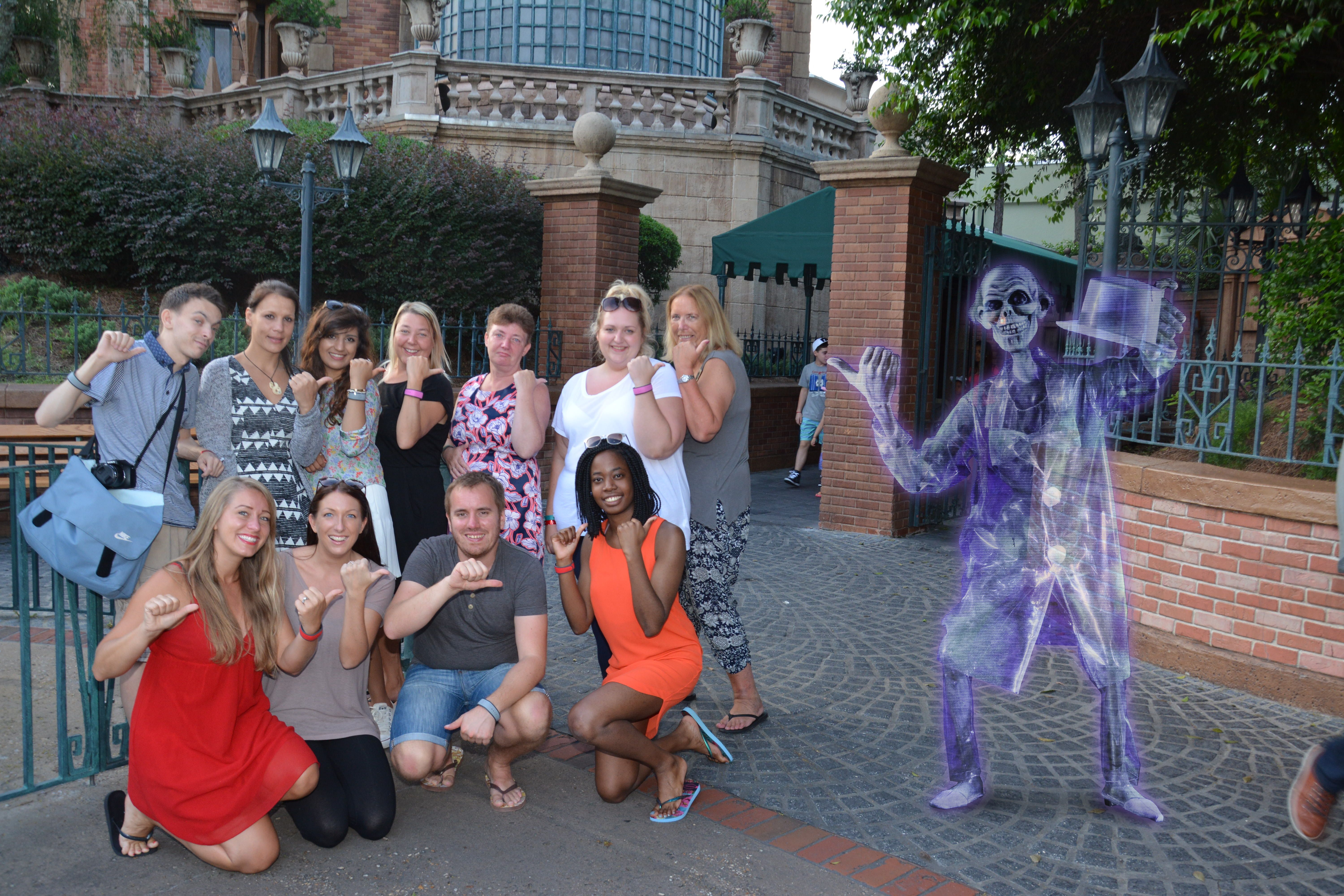 Walt Disney World is often assumed to just be for children, but the truth is that adults can even enjoy these parks more due to the attention to detail, quality of its attractions and level of theming around the entire resort. There is so much to appreciate and ponder in the world of Disney, and as it covers 43 square miles of land this resort cannot be enjoyed in just one or two days. The average visitation to Walt Disney World is approximately 6/7 days with UK customers, due to there being so much to see, and it can be very easy to miss out on particular shows, rides or experiences. 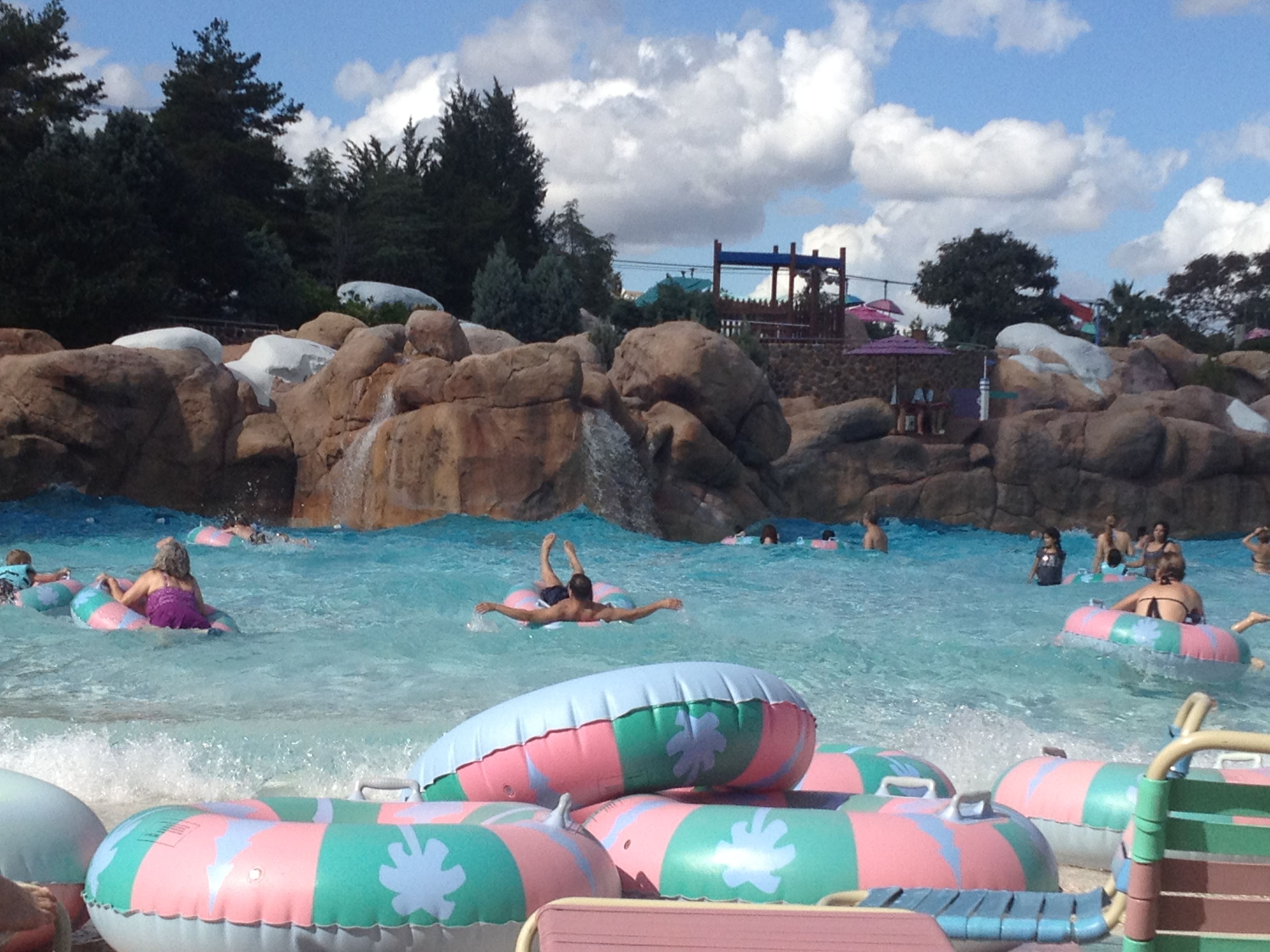 Don’t forget that there are also 2 huge waterparks at Walt Disney World, Blizzard Beach and Typhoon Lagoon, and the downtown area Disney Springs where you can shop till you drop or eat to your hearts content in this huge area of entertainment, dining and shopping. There’s also a full 18-hole golf course, 2 mini-golf courses (free with our tickets) as well as a Wide World of Sports Center with ESPN, and many more developments coming over the next 5 years at all of the Walt Disney World parks and surroundings. 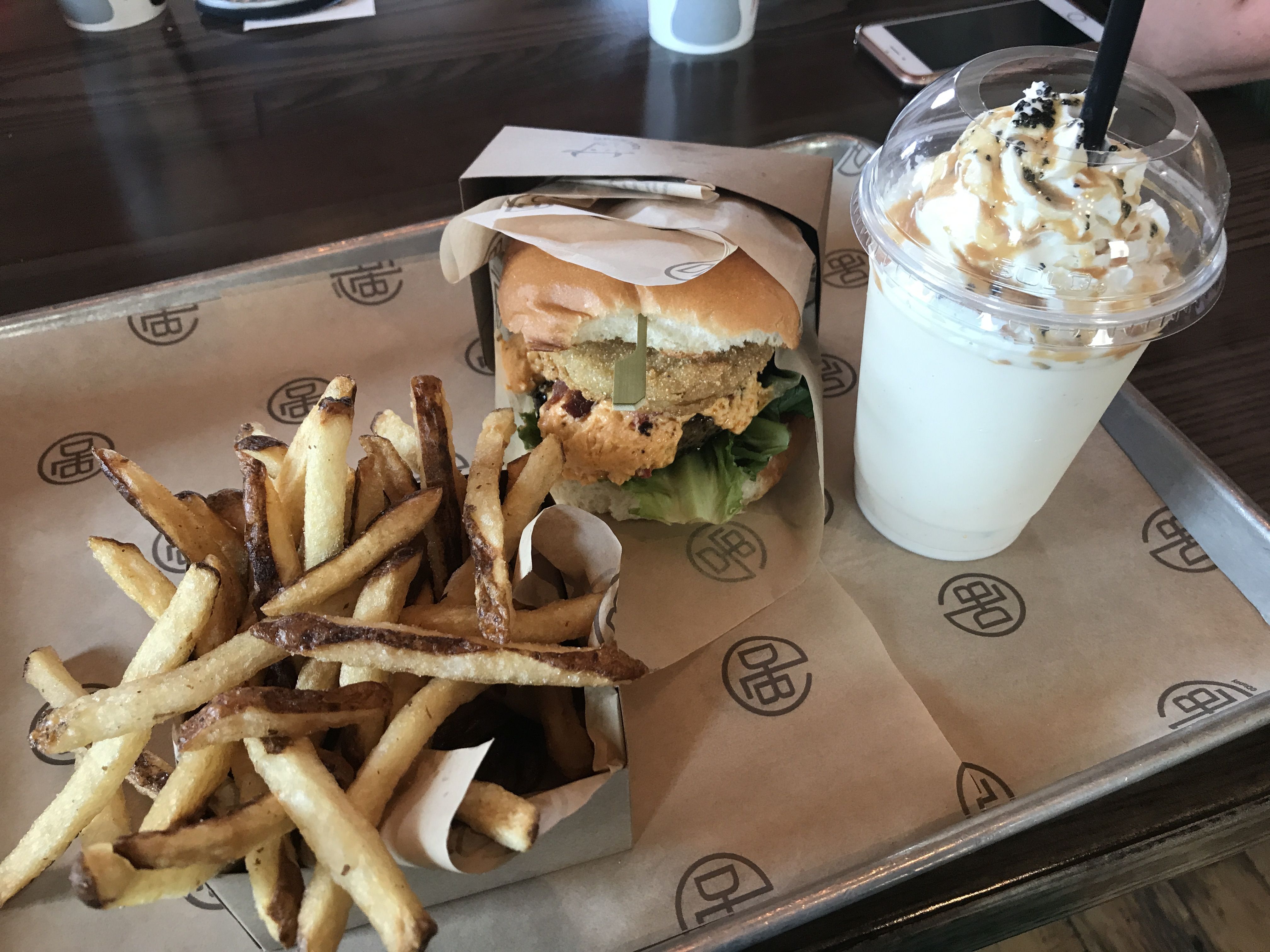 A very grown up burger from D Luxe Burger!

We recommend to those planning a trip of a lifetime to Orlando, (especially first timers) that Walt Disney World is for absolutely anyone and everyone. With all those Disney classics you and your children have grown up with over the years, Disney resonates with all ages and so do the parks. Each one gives a totally different experience, and you leave with magical memories of the days you spent there. The Memory Maker (photos of your experiences at Disney) is also included within our tickets, therefore you are able to bring your Disney memories home for free! What’s more, you can enjoy a lot of these rides by skipping the queues on the free FastPass+ system which is unique to Disney, and not replicated anywhere else in the world.

No one is too old for Disney!

If you never needed convincing in the first place, buy your Walt Disney World tickets here.