By ATD’s Florida Experts, Susan and Simon Veness
What would you get if you combined heroes Emmet and Wyldstyle from The Lego Movie with a child’s vivid imagination, and assembled the outcome using LEGO bricks 25 times their normal size? You’d get the brand new The LEGO Movie World area in LEGOLAND Florida!

There are three brand new attractions here, starting with headliner, The Lego Movie: Masters of Flight in the land’s ‘flying theatre.’ Board Emmet’s Triple Decker Flying Couch for an unforgettable 4 ½ minute journey through scenes inspired by The Lego Movie and The Lego Movie 2: The Second Part.

Along the way you’ll meet characters such as Sweet Mayhem, who appears in The Lego Movie 2, as your couch (a suspended ride vehicle that’s sort of like a combination between The Simpsons Ride vehicle at Universal Orlando and Soarin’ at Disney’s Epcot park) sails through various wacky settings in a madcap caper that proves not everything is awesome all the time—though, happily, it all ends well! 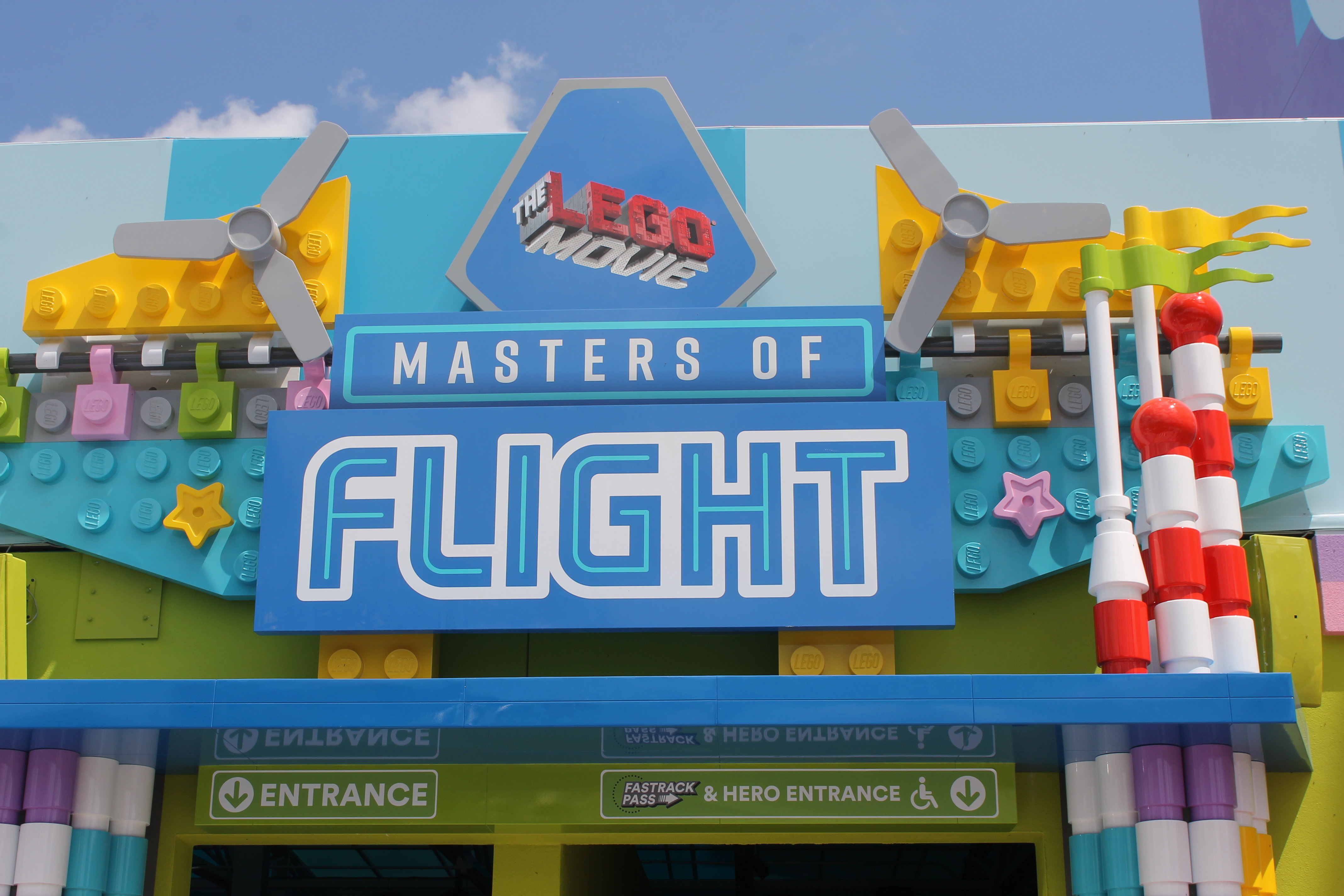 With domed screens around you (again, similar to the setup at The Simpsons Ride, and with the very realistic sensation of motion you get on Minion Mayhem at Universal Studios), it really does feel like you’re flying! And, of course, a few surprise special effects add to the realism of the flight, including kid-friendly soaring maneuvers, wind, mist, and scents (gunpowder, candy floss and pine, anyone?).

Although the actual motion of your flying couch is minimal, it is definitely a dynamic visual experience, so those who suffer with motion sickness may want to sit this one out. Guests must also be 40 inches tall (101.6 cm) and must be age 3 or above. Those between the ages of 3 and 8 must be accompanied by a supervising companion at least 14 years old.

Queues for the attraction are likely to be long, but, happily, there are Lego construction elements along the way that help youngsters pass the time. 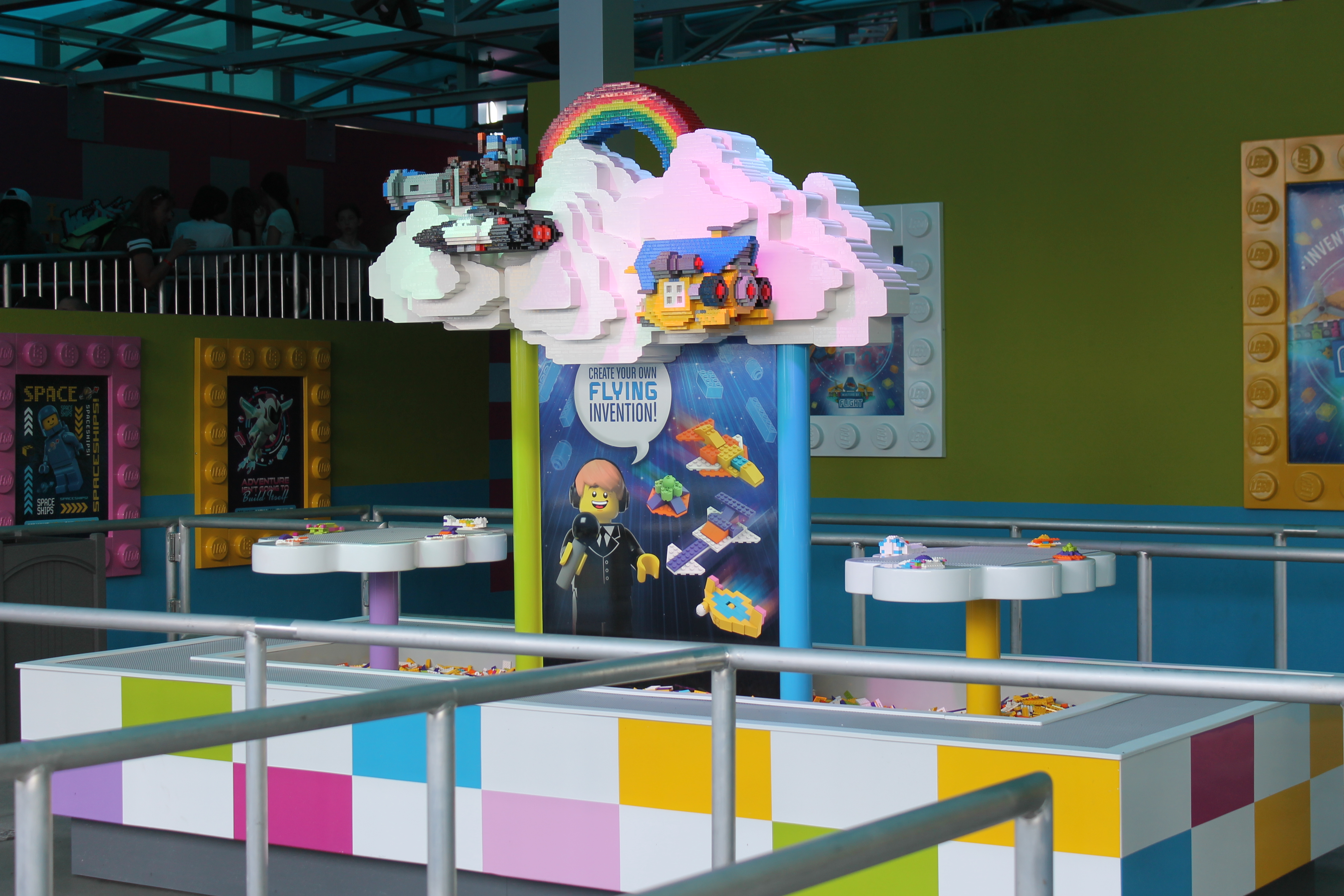 The other major attraction in The Lego Movie World is a wet one. The former World of Chima’s iconic Quest for Chi water attraction has been repurposed as Battle of Bricksburg, where DUPLO aliens are determined to take over Emmet’s hometown—unless you and your fellow Master Builders can stop them. Armed with water cannons, guests spray targets in an effort to stop the aliens from stealing LEGO bricks as their construction vehicles make their way along Brickburg’s flooded streets. Again, there may be a few surprises on the way, both for riders and unsuspecting spectators, and if we haven’t yet mentioned you’ll get soaked, well, you’ll get soaked! 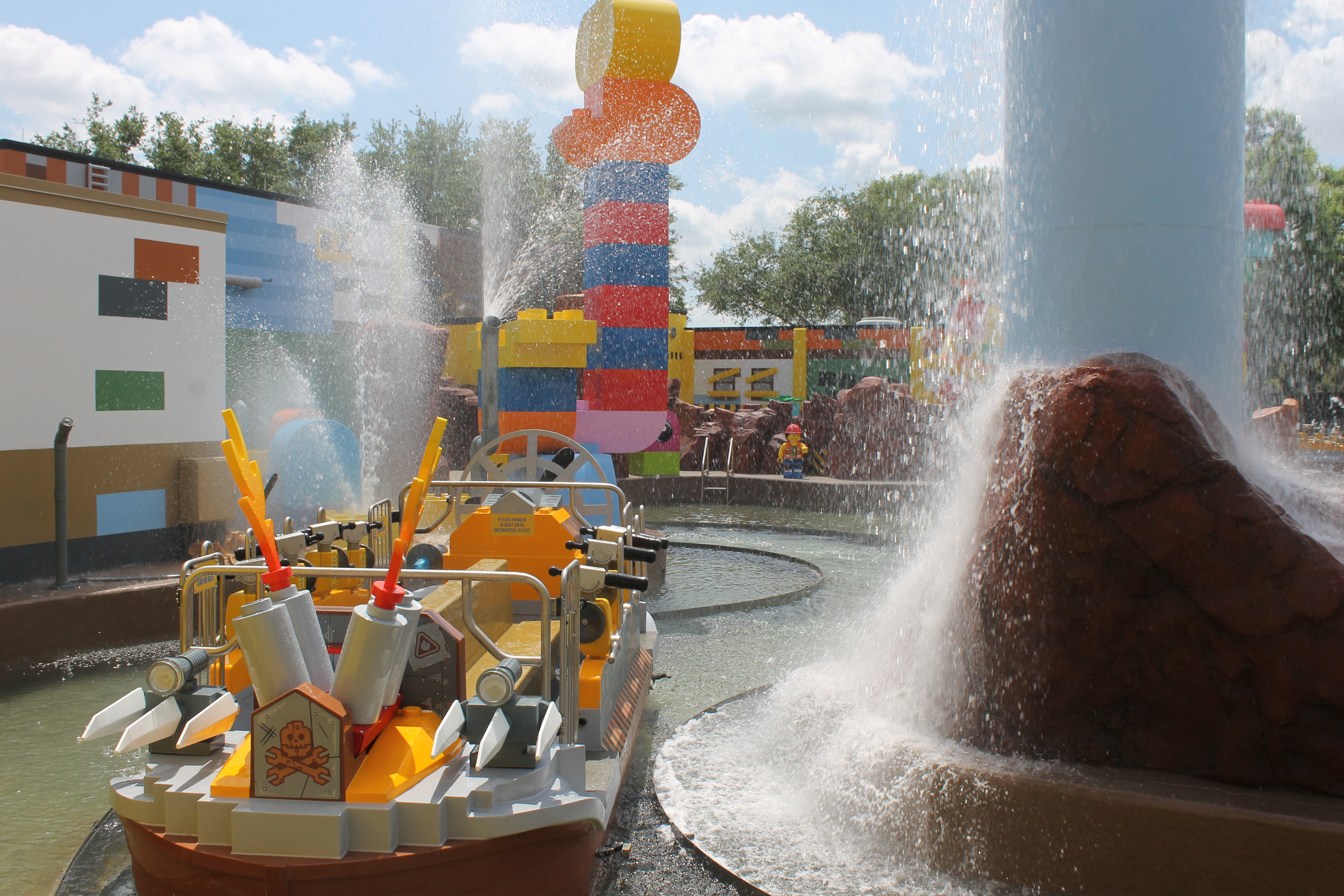 And no kid-orientated land would be complete without some level of thrill ride. Drop tower ride, Unikitty’s Disco Drop, raises youngsters up to ‘Cloud Cuckoo Land’ before plunging them earthward again, with the added excitement of spins and bounces (based on Unikitty’s bouncy, spinning personality) on the way down. Fear not, however; this drop tower is a kid-friendly 35-feet tall, so we’re not talking Falcon’s Fury here.  That said, as many adults rode it during our media preview as kids did, and most proclaimed it their favourite ride of the day. It’s just good, silly, delightful fun!

Adults will get a kick out of watching their young ‘uns faces as they experience the attraction, but the top of the tower, featuring Unikitty’s likeness, gets in on the action too. It’s all lightness and joy as the ride works its way upward, but cue the green-faced queasiness on the way down! A delightful touch that gets a laugh from those who are paying attention. 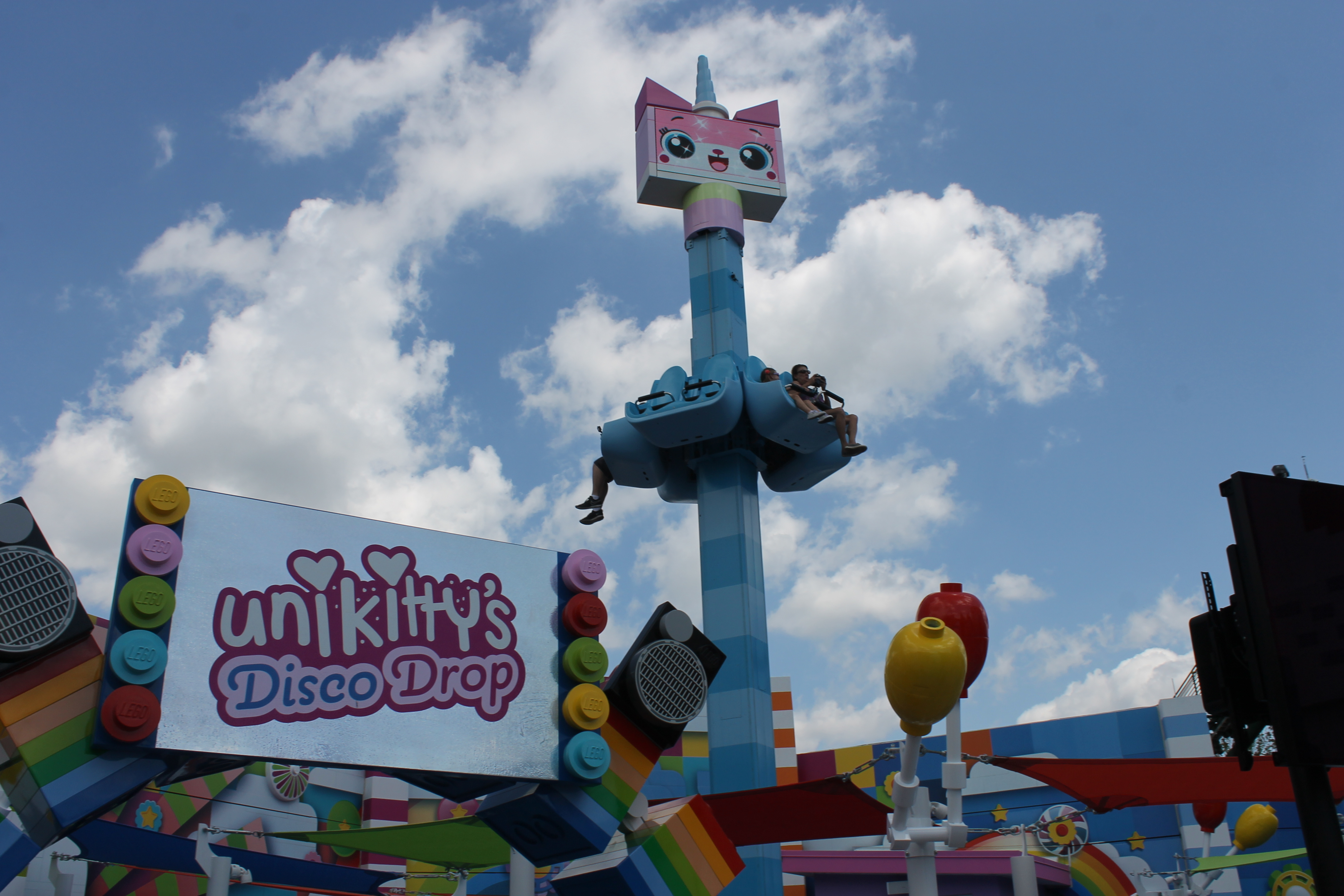 LEGOLAND has always been a refreshing change of pace in the theme park world for its opportunities for spontaneous play, and The Lego Movie World area is no exception. Set kiddies loose on Benny’s Spaceship play structure, themed for Benny the spaceman in the movie, test their skills with the free land-based water cannons at Battle of Bricksburg or have them pose with the humorous Lego constructions around the land, some of which are charming (kiddos can sit on a bench next to Sweet Mayhem) and some of which are quite cheeky! 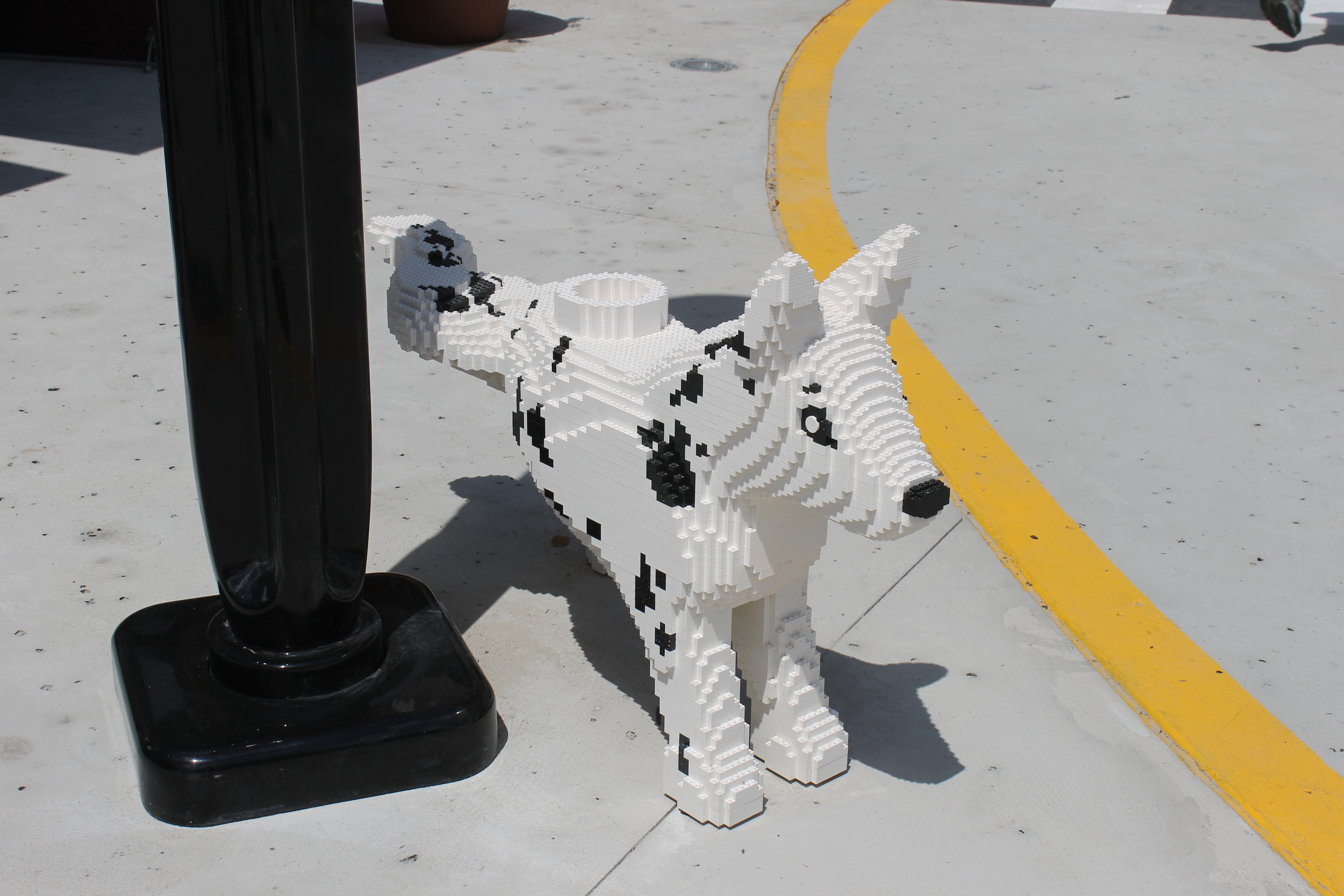 LEGO building sets and The Lego Movie World themed merchandise can be found in the Awesome Shop. It’s a relatively small shop, but you’ll find a good variety of items specific to The Lego Movie World.  Forgot to pick up something special to take home? Don’t worry. You can also find merchandise themed to this land in The Big Shop as you make your way back to the front of the park at the end of the day. 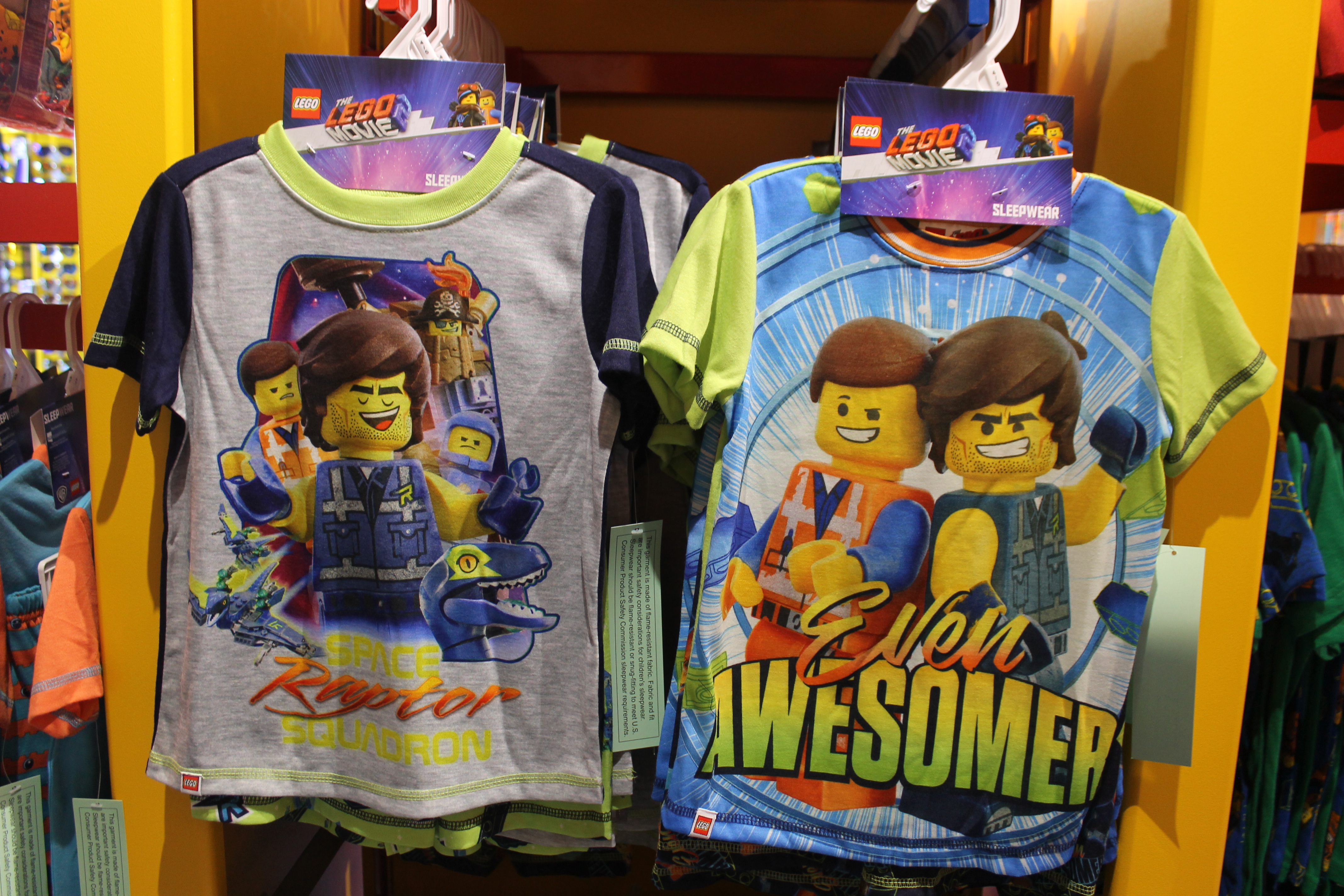 And, of course, there are meet-and-greets with children’s favourite Lego Movie characters in a setting based on Emmet’s Super Suite. Meet Emmet, Wyldstyle, Benny the Spaceman or General Mayhem, and you can even take advantage of green screen technology allows guests to pose with different backgrounds in an annex off of Emmet’s apartment. The compact setting ensures queues don’t become overwhelming, and you can meet two characters in quick succession. 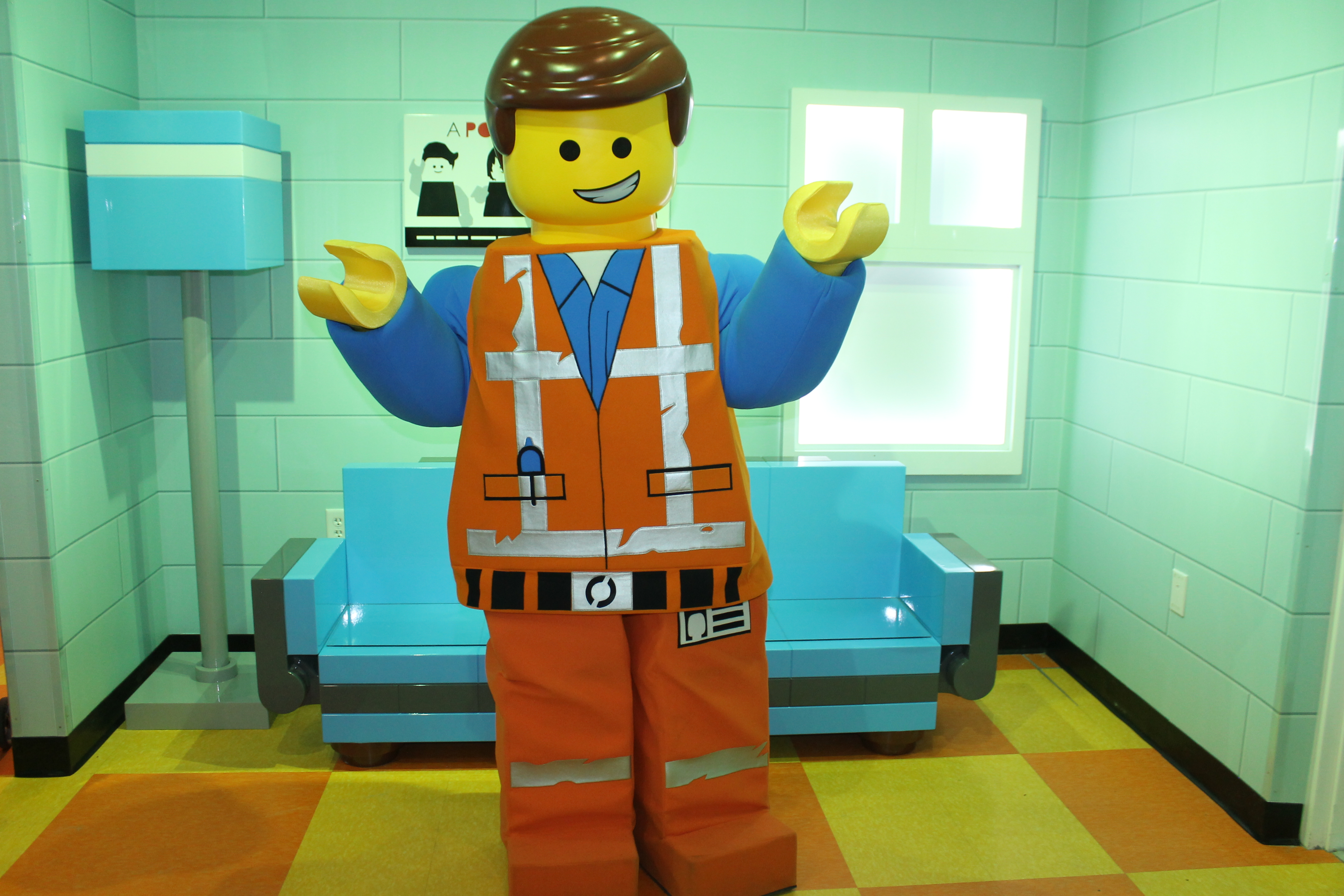 Worn out from all the fun? You don’t have to drive all the way back to Orlando when you book one of LEGOLAND Hotel’s new The Lego Movie World themed rooms, with an adults’ room themed to Emmet’s bedroom and a semi-separate kids sleep and play area themed as Benny’s spaceship.

The Lego Movie World land is a terrific addition to the park, and a place where, as Emmet would say, “Everything is awesome!”

Are you planning to visit to LEGOLAND Florida during your holiday? Come and ask your questions or share your excitement on the ATD forums!