Ultimate Guide to Halloween at the Florida Parks

Halloween is one of the most popular times of year to visit the Florida Parks. It’s well known that Halloween is a big deal in America, and the theme parks of Orlando are no exception. All the big theme parks put on special Halloween themed events and arguably make more of the spooky season than they do Christmas!

We have collected the very best Halloween events happening at the top Florida parks this Halloween. Some of these events are totally safe for children and the whole family is sure to have a great time. But other events are designed to be seriously scary. Please use the guide below to gauge how suitable each event is for you and your family. 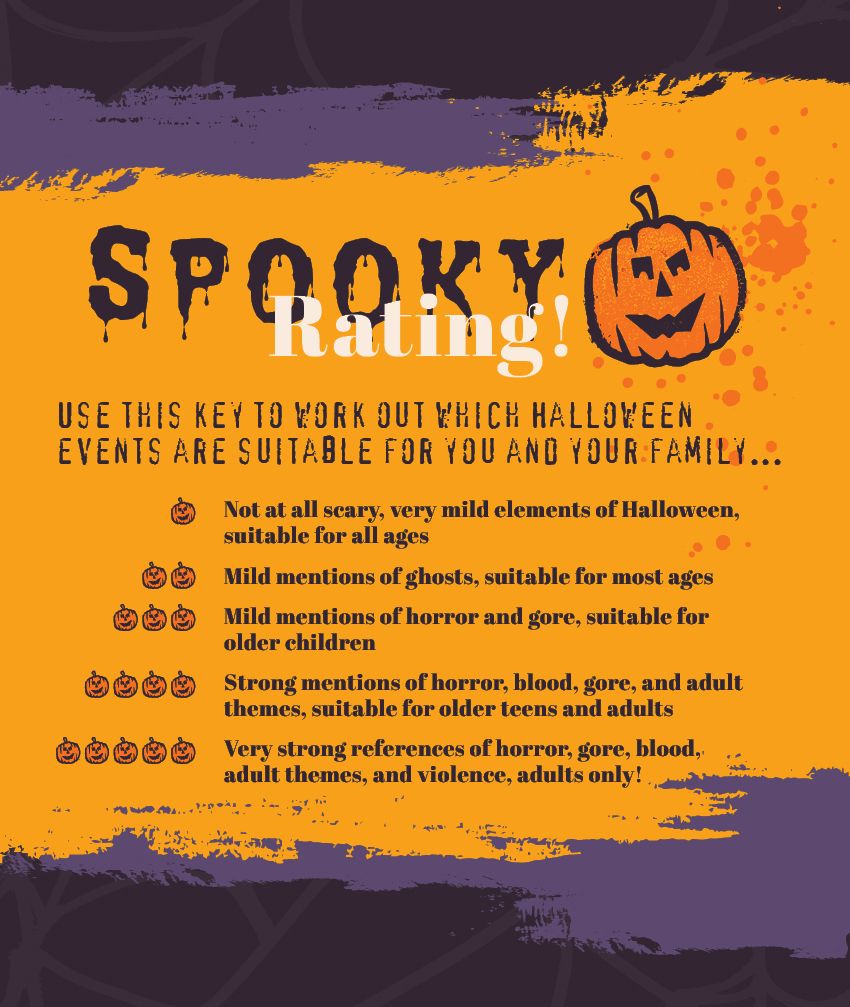 Halloween parties and events in Florida start from the end of August and run to the end of October, meaning there’s plenty of frightening fun to go around. If you’re planning to visit the Florida parks for Halloween, make sure to purchase your Disney tickets in advance, and check out our ultimate guide to having a scary time at the parks this Halloween!

Halloween is one of the most popular times of year to visit Walt Disney World, with an average of 3 million guests heading into the parks throughout September and October.

The spooky season at Walt Disney World runs from the end of August, across September, until the end of October. 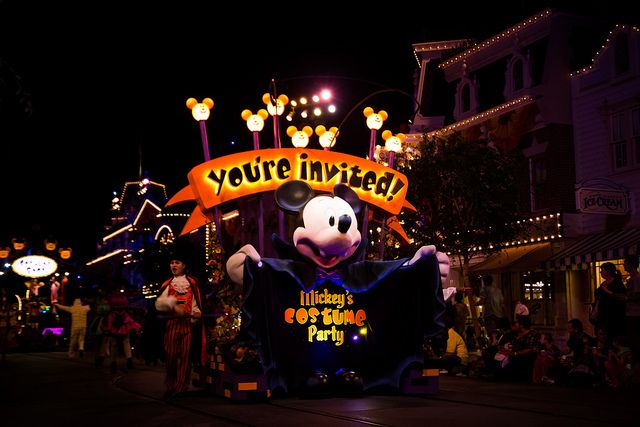 Beat the queues! The party officially starts at 7pm, but ticket holders can enter from 4pm, and once the party starts, queues for rides will be virtually non-existent! 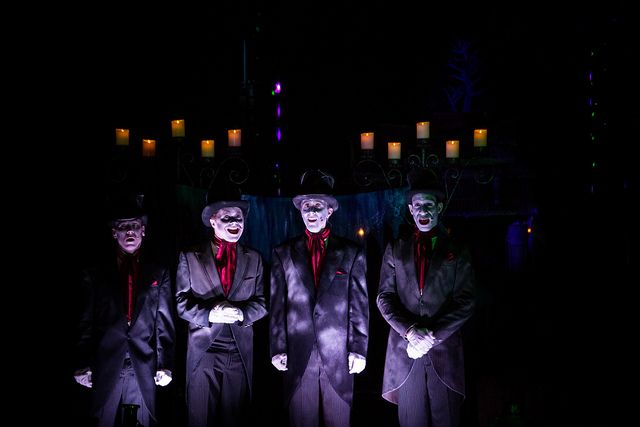 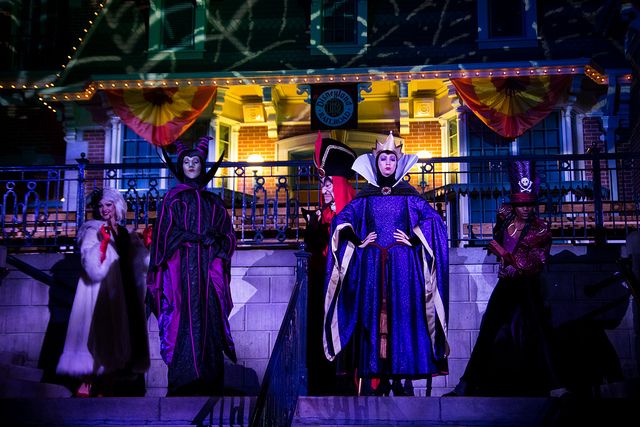 Costumes allowed? Yes! Usually, any guests over the age of 14 are strictly prohibited from wearing costumes, but not at Halloween! Layered costumes are discouraged, and costumes must not have weapons or anything that looks like a weapon.

Top tip: Tuesdays in September are usually the least crowded and Friday nights in October are the busiest. Parties get progressively busier toward Halloween @DisTouristBlog) 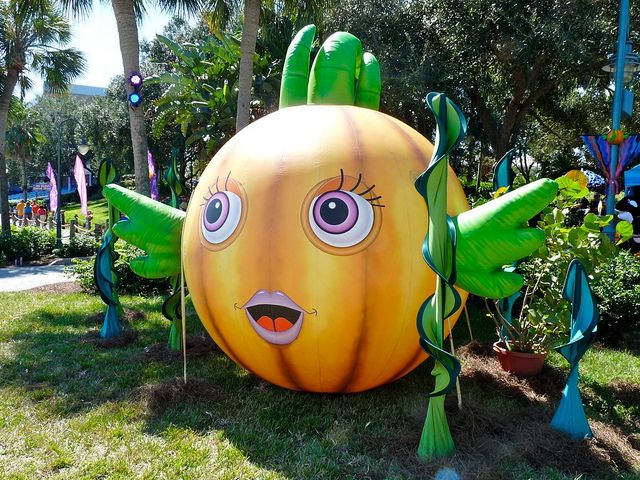 Unlike Walt Disney World, SeaWorld’s Halloween events run across the daytime and are included in your regular admission to the park.

The spooky season at SeaWorld runs from the end of September to the end of October.

Trick or Treat! When you arrive at the park, you’ll be given a bag and team members will pass out candy all day!

Costumes allowed? Yes! Guests of all ages are welcome to dress in costume, but guests over 12 are not allowed to wear masks or hoods 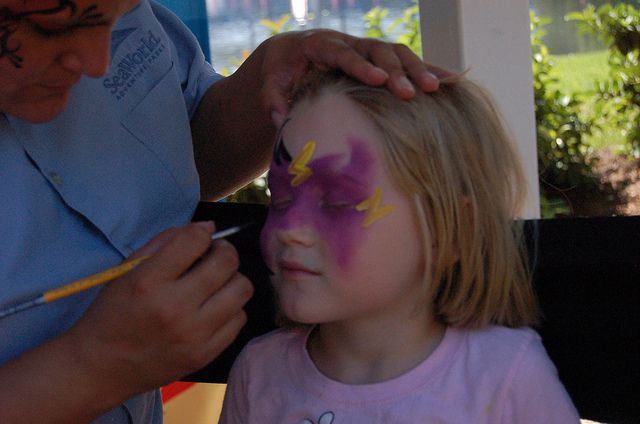 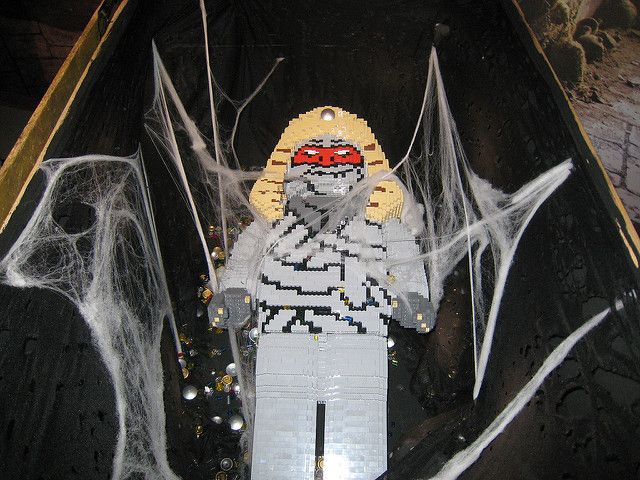 LEGOLAND’s Halloween events are across extended park opening hours and last all day and access to the events are included in your theme park ticket. VIP experiences are available at an additional cost.

Spooky Season at LEGOLAND runs across seven dates in mid to late October.

Like the other parks, grab a bag and fill it up with free candy! And for a limited time only, get Pumpkin Spice Granny’s Apple Fries!

Costumes allowed? Yes! Guests in costumes will get free entry into a special Halloween Parade!

Top tip:  Grab a pair of viewing glasses to add a LEGO twist to the colourful fireworks display over Lake Eloise @Attractions 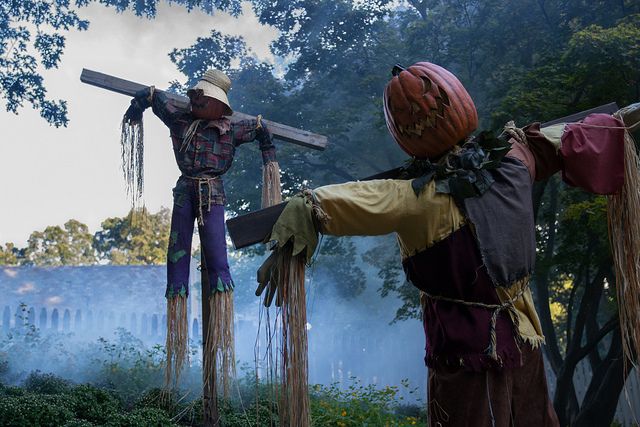 Costumes allowed? No. Guests are not allowed to wear costumes to the events 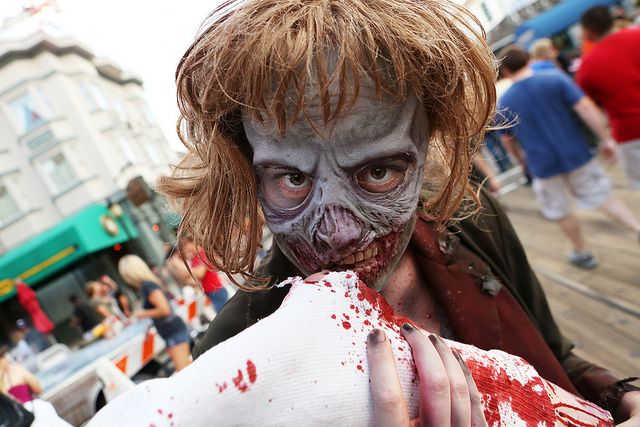 The scariest event in Orlando, Universal’s Halloween Horror Nights is certainly not for the fainthearted and strictly adults only. Winning ‘Best Halloween Event’ in the Golden Ticket Awards and running for more than 25 years, nobody puts on a scream-inducing horror-fest better than Universal Orlando.

This event runs across mid-September to early-November.

Costumes allowed? No. Since there are so many scary characters already in costume, in the streets and in the houses, it would impossible to distinguish guests apart.

Top tip: Saturdays are always the busiest nights, and October is the most popular month for this event. The least crowded nights are usually early November. @OrlandoInformer