There’s nothing better than surprising your children with a holiday to Walt Disney World, but when it comes to the big reveal, it seems that simply telling them that the family is going to Disney World just isn’t quite magical enough.

If you’re thinking about making your Disney holiday reveal extra special, we’ve put a list together of the 4 best ways to surprise your children with Disney tickets.

1. Surprise them at the airport

Surprising them at the airport is a truly magical way to surprise your children that involves a bit of planning and concealing, but is sure to be well worth it in the end.

“Strategically trick them by forcing them to come along on the ride to the airport,” says Mickey Blog. This can be done by either saying you are going on a business trip or going on a couple’s holiday with your spouse.

“But before they get home from school, pack their bags and load up the car so they never catch on. As they tell you about their day at school and express their concern over your departure for a few days, reveal the news when they attempt to bid you farewell with a reluctant hug and kiss: ‘You’re coming with us. Grab your bag. We have to be at Disney World tomorrow!’

“Just make sure to have the big moment outside of the airport, so security isn’t concerned with their squeals of delight!”

If you’re not sure you’ll be able to conceal their suitcases or you think it might be too difficult to get them packed beforehand, Caroline from TravelingMom recommends disguising it as a work trip or a hotel stay where the family are coming along too. This is also a good idea if you think your child would be better prepared knowing they are going away, or they aren’t a fan of elaborate surprises. “All you have to do is tell the kids you are going out of town on business and they are flying with you. It doesn’t matter where you tell them you are going.”

You could also consider telling them on the plane, if it’s easy for you to conceal where you are going and you think your child will react well to the surprise! 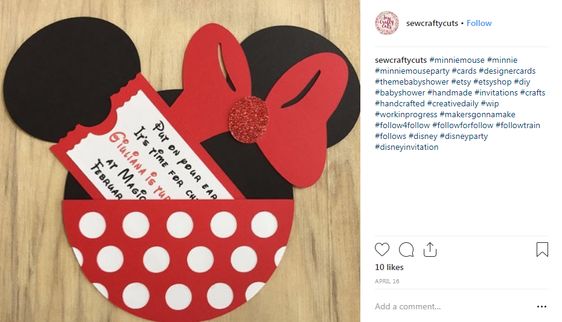 2. Send them a letter

Who doesn’t love receiving a hand-written letter in the post? This reveal idea is perfect for both younger and older children and a quick and easy way of surprising them that they’ll be sure to remember.

”Regardless of whether you’re 5 years old or 50, receiving something handwritten in the mail is an exciting discovery,” says Mickey Blog. “If your child is a fan of postcards, writing and scrapbooking, a note that’s stamped and baring their name will have them ripping through the paper in no time. And when they find it’s an invitation to nope, not another classmate’s birthday party, but their very own holiday to Disney World? It’s one they’ll treasure forever.”

You could either make your own letter, or even buy a personalised invitation from the mouse himself. To have them guessing as soon as they see the envelope, you could even use a Mickey Mouse postage stamp or add a Disney sticker or drawing on the envelope.

3. Send them on a treasure hunt

If you’re looking to turn the big reveal into a bit of a game, a treasure hunt is a great way to build up the excitement.

“This one involves a bit more planning and preparation, but the result is super fun.” Says Mickey Chatter. “You create a bunch of clues to lead them on a scavenger hunt and hide them throughout your house. The kids often get so wrapped up in the fun of the game, that they don’t even realize that there may be a big surprise at the end. The treasure at the end is so worth it and will get some great reactions!”

Mickey Blog also recommends a treasure hunt, but with the addition of a treasure map. “It can have them digging through your laundry room, doing laps around the block to your neighbour’s house, calling up grandma – you name it. As long as the very last clue leads them to a backpack full of Disney World must-haves and a note explaining the reason for their hunt, we’re pretty sure they’ll be so excited, they won’t even notice how exhausted they are from adventuring. After all, you have to get them trained and ready for 12-hour days in the park!” 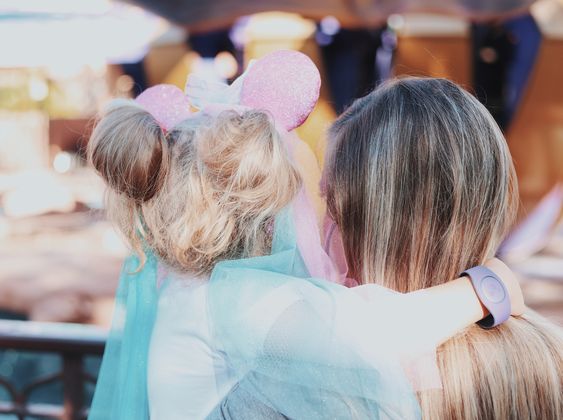 4. Give them a puzzle to solve

If you’d rather not go down the route of a treasure hunt but want to incorporate the surprise into a game, a puzzle is a great alternative.

The Unprepared Mommy recommends purchasing a Disney surprise puzzle or even crafting your own with a printable template online. “Lay the pieces on the table face up and tell them that you have a puzzle that needs to be put together in order to reveal a fantastic surprise. Have them work together as a team to start fitting the pieces together. Slowly, as the puzzle begins to form, watch their eyes light up as they start to identify the characters within the puzzle.” The look on their faces will be priceless once they realise what the puzzle says!