Feast Around The World at Epcot!

By ATD’s Florida Experts, Susan and Simon Veness
Christmas is nearly here, and, along with tourists roasting in the open sunshine, Jack Frost nipping at the Northern states’ toes, and Yuletide carols being sung by a Cast Member choir, December means one thing: the fabulous, festive Epcot International Festival of Holidays!

During other annual festivals at Epcot, the food and drink kiosks are called Global Marketplaces or Festival Booths. During the International Festival of the Holidays, they’re called Holiday Kitchens, and that makes all the cosy, down-home difference.

Food and drink are a major part of the weeks surrounding Christmas, and during the Holiday Festival guests will find 13 Kitchens to choose from, with culinary offerings that reflect the Season of Joy around the world. Choose from American Table (try the turkey or ham dinner, in miniature, with a hot cocoa or JDub’s Peppermint Milk Stout), Bavarian (the Cheese Fondue is nice, but you’re really here for the Black Forest Roulade with Cherry Whipped Cream), the Caribbean style of Feast of the Three Kings (tres leche rice pudding; ʼnuff said), Mexico’s Las Posadas (it’s got to be the corn stuffed tamale with grilled marinated shrimp with a lovely little cerveza), or Le Marche de Noel (go straight for the Bûche de Noël with a spiced rum punch or a Holiday Kir). 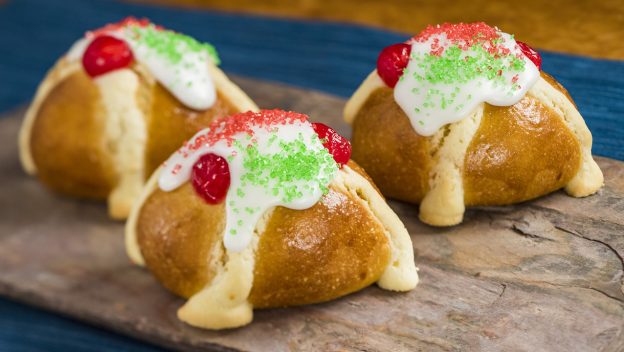 Move on to Sapphire at the Morocco pavilion (grilled lamb kefta kebab with harissa-cilantro dressing? Yes, please!), Shanghai at the China pavilion (for a soft, succulent Mongolian beef bao bun), Japan’s Shi Wasu (honour Japanese New Year with the noodle bowl), Italy’s Tuscany (where the baked four-cheese pasta is nearly a meal in itself, but add a pantone, just for good measure), Yukon at the Canada pavilion (go full-on lumberjack with the Tourtieremeat pie) andfinally, Holiday Sweets and Treats (try anything. It’s Christmas).

The Prost! Holiday Kitchen is a stand-out, due to the fact its only product is Florida craft beers—and that’s a good thing! Think American beers are just Bud and Bud Light? Pish and tosh! We like actual flavour with our brews, and you’ll find that here. [Holiday Hint: take your libation of choice to one of the pavilions and let it add a bit of merriment as you listen to the storytellers!] 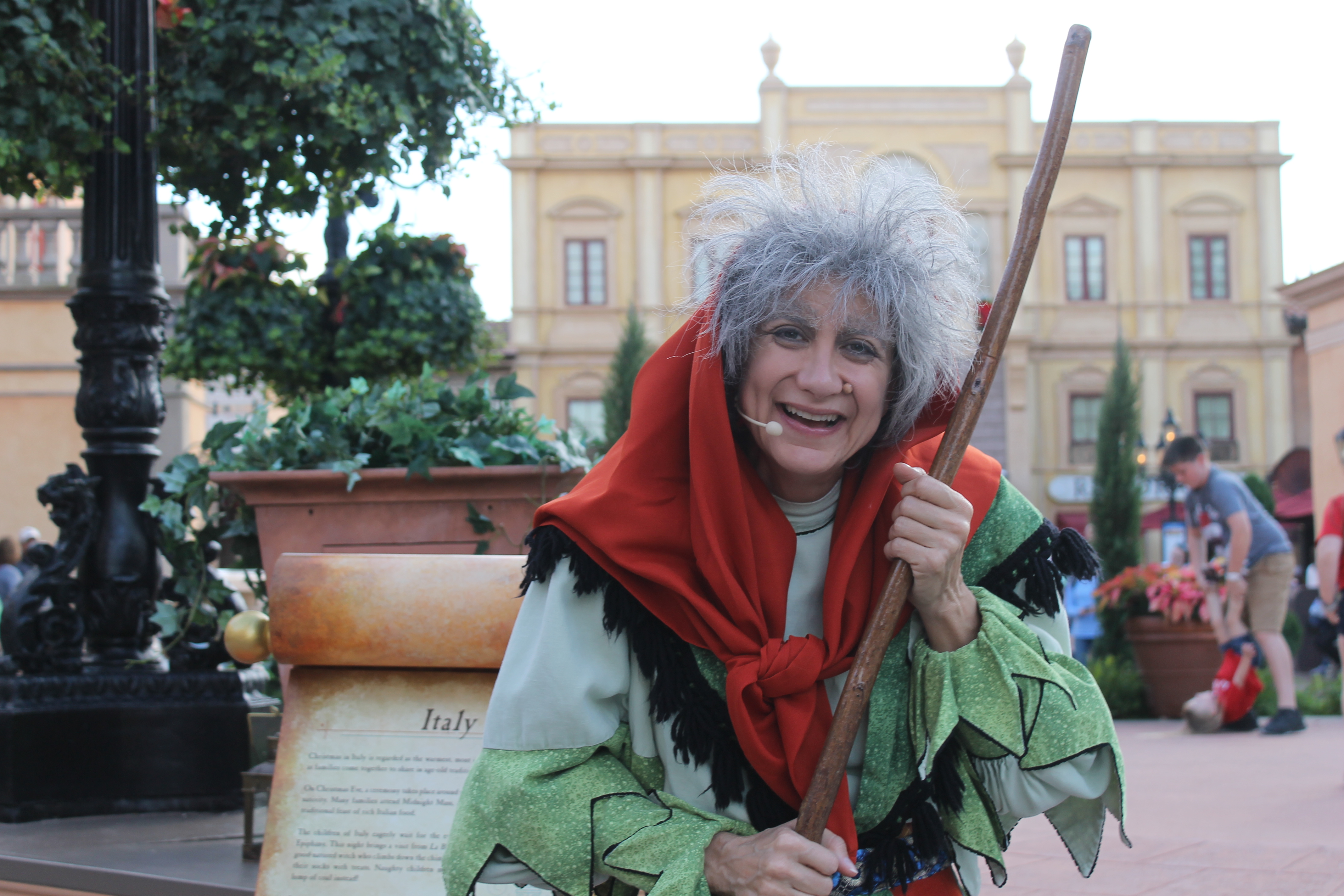 December’s holidays extend beyond Christmas, of course, and Hanukkah has inspired this year’s new Holiday Kitchen, L’Chaim!, with traditional foods such as Pastrami on Rye, Matzo Ball Soup, Potato Knish (sort of like a filled dumpling) and the luscious Egg Cream (which is neither egg nor cream; it’s a scrummy chocolate drink). A tempting Brooklyn Brewerie Lager and Blue Cosmo Cocktail are also on offer, and, if you order one, be sure to clink glasses and say, “L’Chaim!” It means, “To life!” 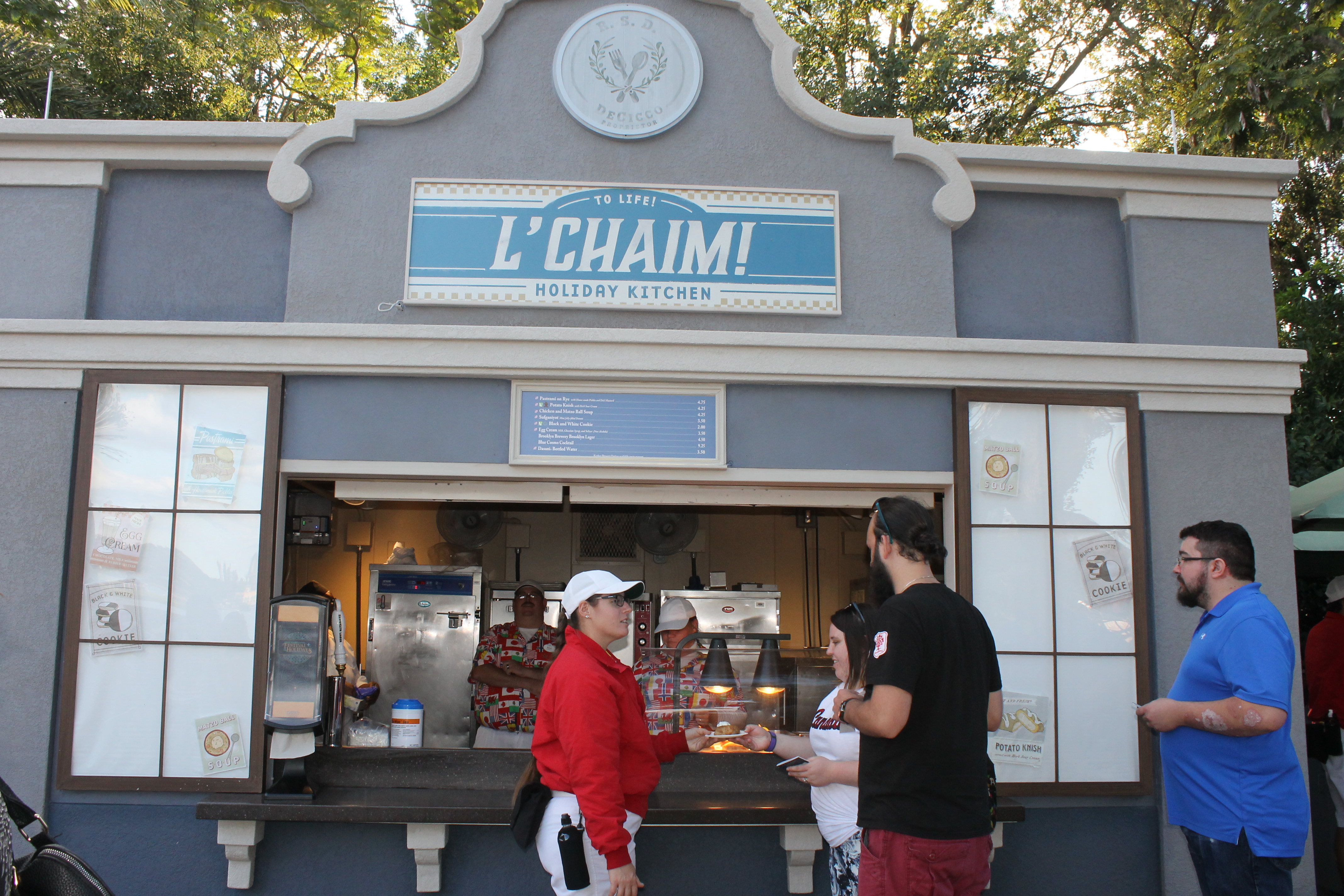 Another new element this  year is the Holiday Cookie Stroll, featuring a festive cookie in each of five locations (Germany, American Adventure, Canada, L’Chaim Holiday Kitchen and Showcase Plaza), plus a complimentary Mickey sugar cookie, also in Showcase Plaza.

Pause between all that eating and drinking with stops at each pavilion for their storytellers, musicians and live entertainment. World Showcase countries share their holiday music and folk tales, and it is one of our favourite reasons to visit Epcot during the International Festival of the Holidays. Although it takes some doing to fit them all in if you’re only visiting the park for one day, these costumed performers truly bring the spirit of the season to life. Learn something about each culture’s traditions, be entertained all day without spending anything beyond your park admission, or, if you’re okay with being on Santa’s naughty list, indulge in a traditional sweet treat at each pavilion, and enjoy it while hearing a well-told tale. 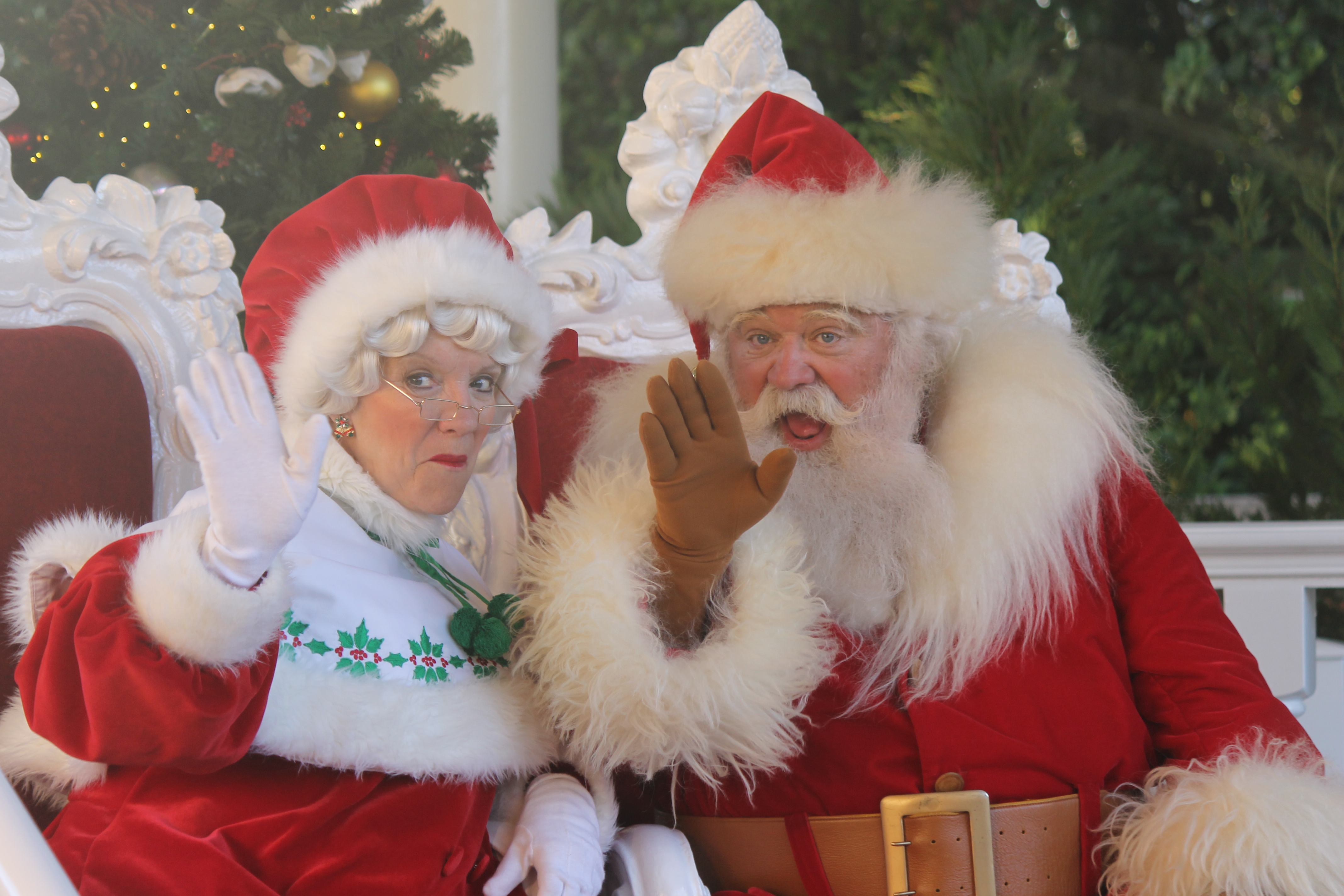 If your wallet is in a giving mood, shell out $6.99 for the Chip & Dale’s Christmas Tree Spree scavenger hunt. This year’s version features those cheeky chipmunks, Chip and Dale, as they gather Christmas ornaments around World Showcase. Players receive a map and 11 stickers, and they’re sent off to search for Chip & Dale figurines hidden in each pavilion (don’t worry; they’re not too hard to find). Find all eleven, place a sticker on the corresponding pavilion’s location on your map, turn it in to a Cast Member at World Travelers or Disney Traders gift shops, and receive a prize. Want to know what the prize is before you begin? It’s at the very bottom of this blog, marked with an asterisk*. Don’t want to know? Avoid scrolling down past the invitation to join us on Attraction Tickets Direct’s discussion forum.

If your wallet has given enough already, pick up a free Festival Passport. You’ll find all of the festival’s highlights included in the passport, and you can check them off as you go.

As evening rolls around, our absolute favourite event of the Christmas season begins. It’s the heart-warming Candlelight Processional, a re-telling of the nativity story by a headliner celebrity, and backed by a large orchestra, the Voices of Liberty and a huge choir that includes Disney Cast Members. 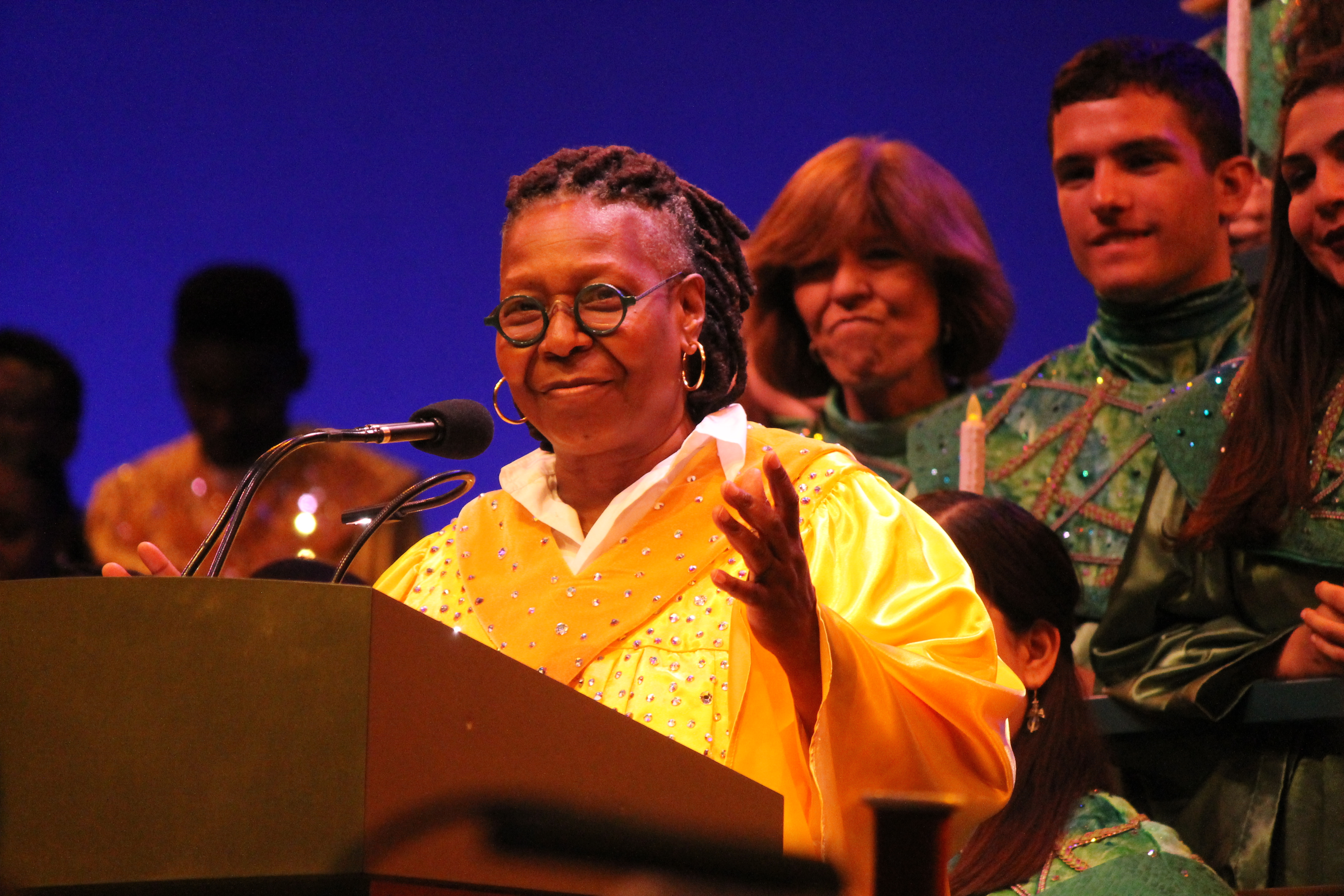 This is truly one of Orlando’s most beloved annual events, and it takes place three times each day (5pm, 6.45pm and 8.15pm). Narrators change every 2-3 days, and many of them have been participating for years. Shows fill up quickly, and the Standby queue to get seating begins to form up to 2 hours before the show, so plan accordingly. Can’t get a seat? Fear not; you won’t miss out. The show can be seen and heard from the plaza in front of the American Adventure. 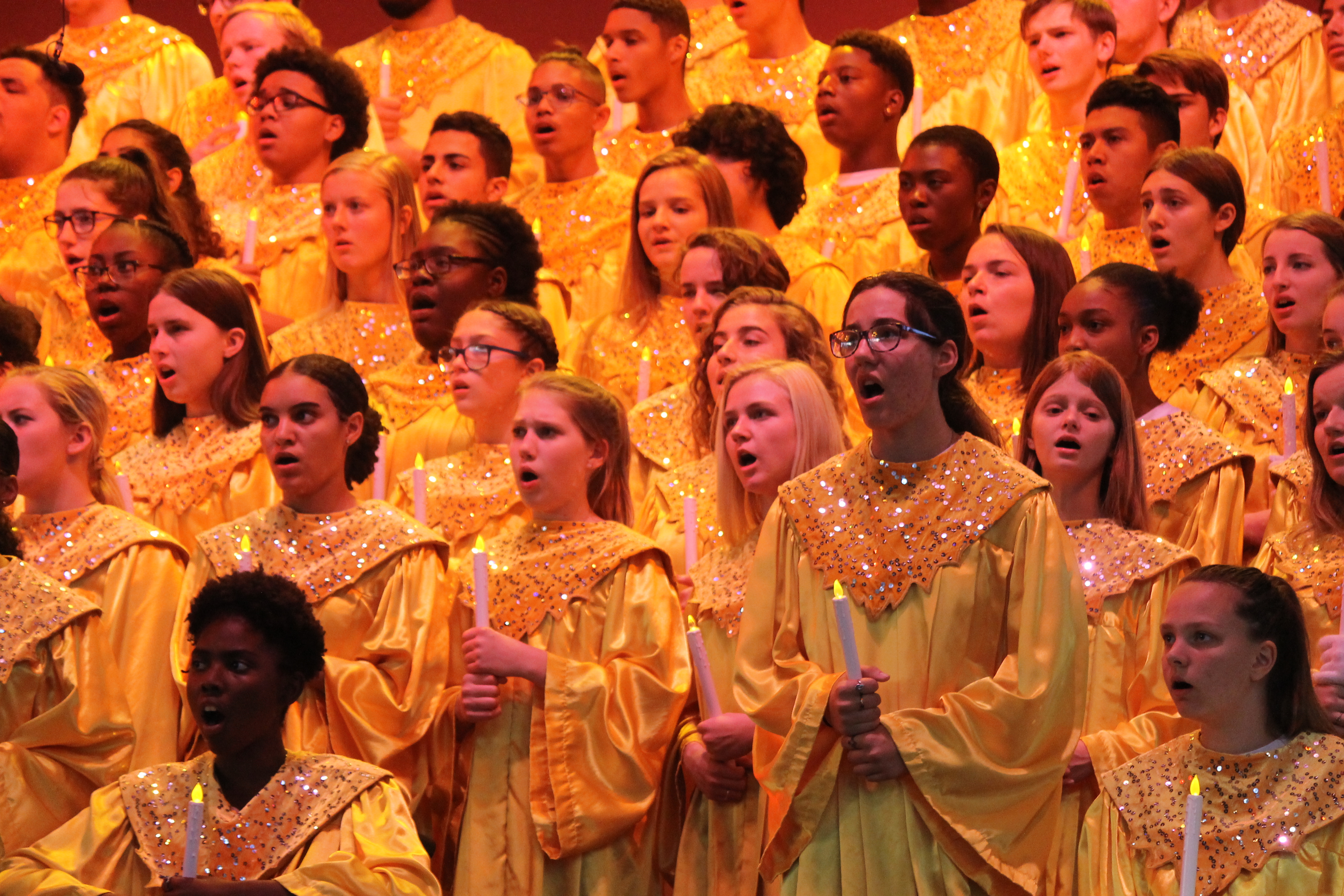 Mid-November through early January are, we think, the most wonderful time of the year to enjoy Epcot, especially if you have Disney’s 14 Day Ultimate Ticket and can visit the park more than once during your holiday. Take a day to enjoy the rides, and set aside a second day just to discover the magical Yuletide spirit throughout World Showcase. We think you’ll agree, it’s the highlight of the year.

Have you visited Epcot during the International Festival of the Holidays? Share your experience and join us for Christmas festivities on Attraction Tickets Direct’s discussion forums.

*This year’s scavenger hunt prize is a packet of four Disney-themed greeting cards, which also act as a little gift for the recipient. They can punch out a portion of the card to use as an ornament on their Christmas tree. Cute!