6 Things to do at Universal CityWalk

The fun begins outside the theme parks at Universal Orlando Resort!
Universal CityWalk is a lively entertainment complex just before the entrance to Universal Studios and Islands of Adventure...

It’s FREE to enter and there is so much to do, you could almost spend the whole day here. From bars and restaurants to shops and entertainment (there’s even a cinema!), we’ve rounded up the best things to do at Universal CityWalk, Orlando.

Ride the water taxi to the resorts 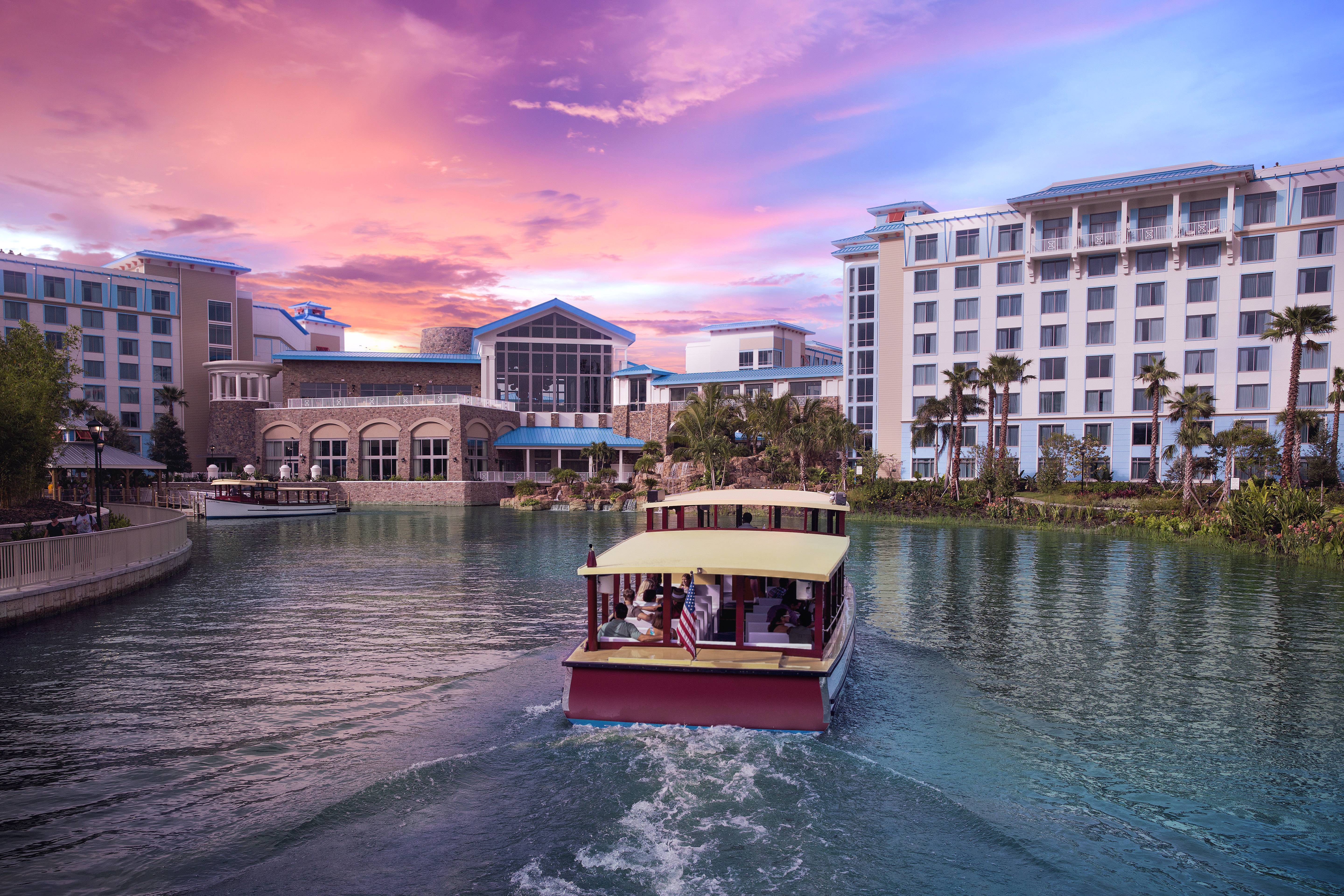 In case you don’t know, staying on-site at a Universal Orlando Resort hotel has some major perks, and being right in the thick of all the theme park action is at the top. Hotel guests enjoy Early Park Admission, up to an hour before the main gates open and free transport to the parks from your hotel. This is where the glamorous Universal Water Taxi comes in. You can arrive in style at both the parks and CityWalk on a boat, which is, hello, way more VIP than coming by car.

The water taxi serves Hard Rock Hotel, Loews Portofino Bay Resort, Loews Royal Pacific Resort and Sapphire Falls resort and the pier is also close walking distance to Aventura too. You don’t need to be a hotel guest to use the boats, so even if you are just visiting Universal for the day, you can take a ride on the water to cool off and have a glimpse at the hotels along the water. You can also take great photos of CityWalk as you dock on the pier – and it looks extra spectacular at night. 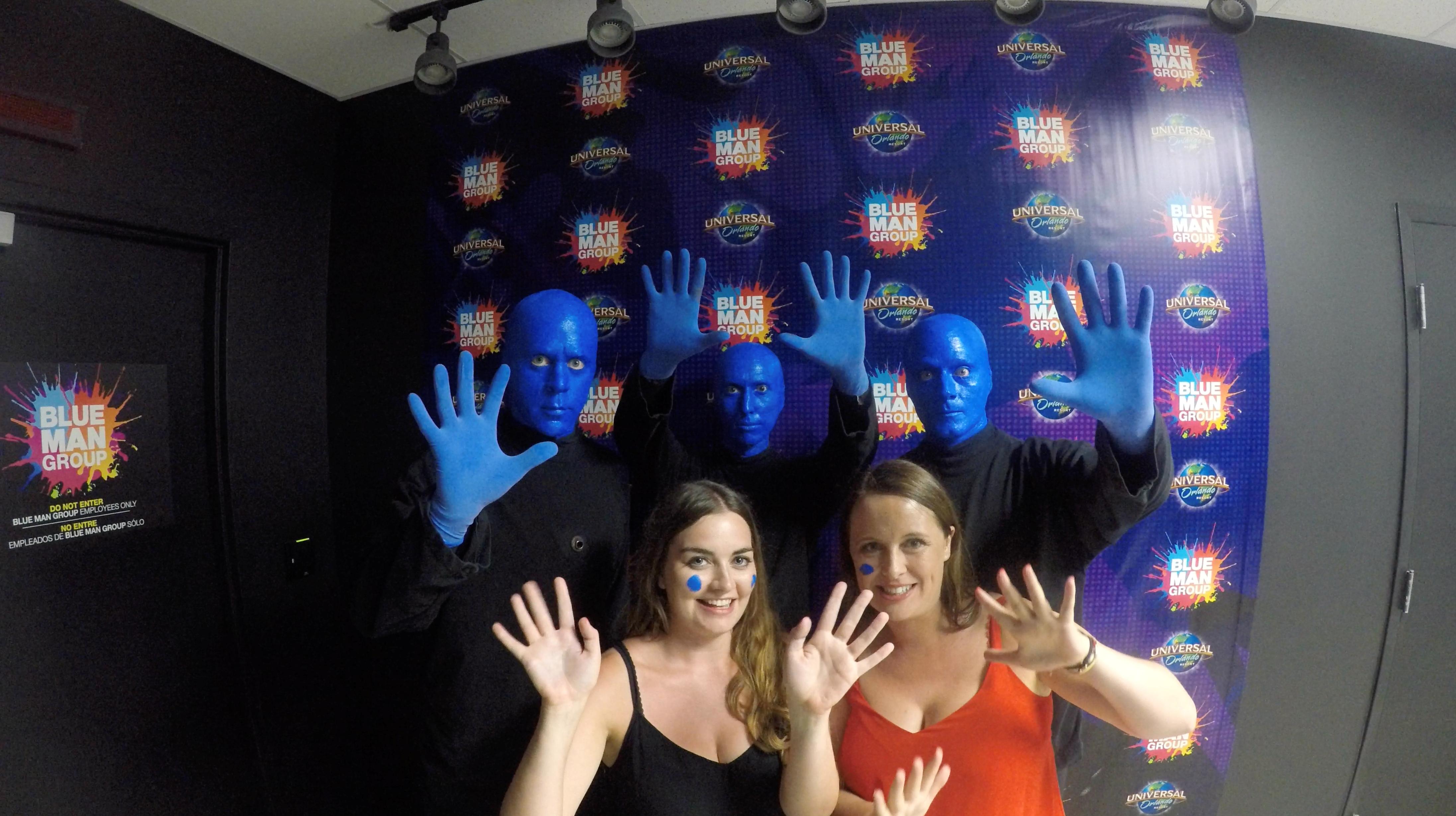 Blue Man Group has been running at Universal Orlando since 2007 and has its very own purpose-built theatre at Universal CityWalk. The show, which is totally unique and ideal for the whole family is a quirky mix of rock music, comedy, theatre, dance and a whole lot of mayhem. Start times for the show usually mean there is enough time to spend the day at one of Universal’s three theme parks, have dinner at CityWalk and get to your seats comfortably before the fun starts.

Feast on a wiener at the Hotdog Hall of Fame

Yes, Universal CityWalk has a celebration of one of the USA’s most popular foods – the humble hot dog. The Hotdog Hall of Fame serves up the most popular ‘Franks’ (as they call them) from baseball stadiums around the country and you’ll be surprised at how different a hot dog can be. Choose from the Chicago Dog – beef sausage with relish, tomatoes and peppers, the Washington Dog, which comes with buffalo sauce, coleslaw and bleu cheese dressing and the, slightly unusual, New York offering which is topped with sauerkraut cabbage and mustard…

Have sushi and a burger on the same plate 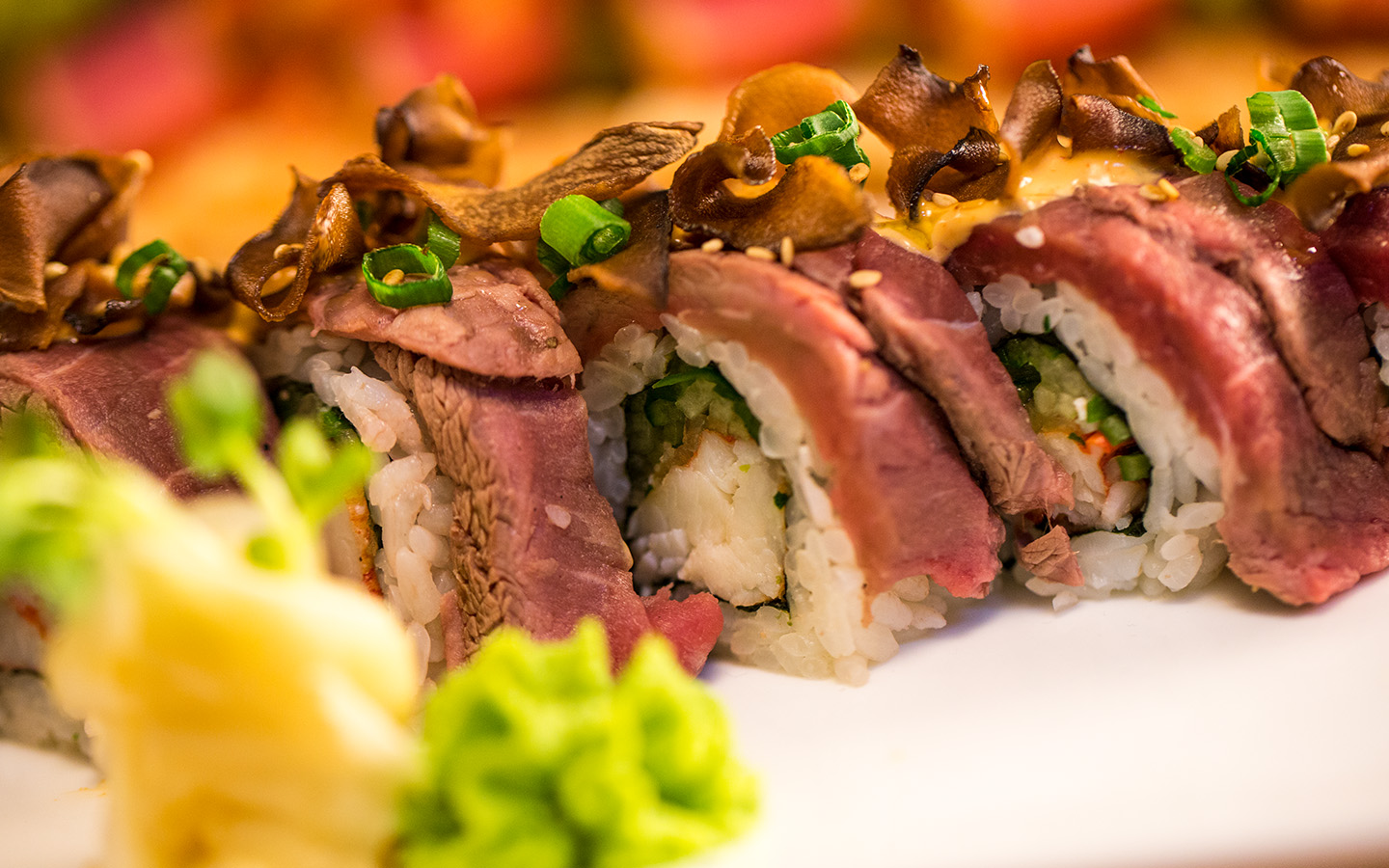 No, we’ve not drunk one too many tequilas at Jimmy Buffett’s Margaritaville down the road. Universal CityWalk has such a wide choice of dining options, including the brand new Bigfire BBQ restaurant, Hard Rock Café and Bubba Gump Shrimp Co., but the most unusual has to be The CowFish. This vibrant restaurant claims to be the first ever Burger-Sushi bar and their specialty is the Burgushi, an interesting fusion of the two favourites, which is surprisingly tasty! However, if you’d rather stick with a traditional hamburger and leave the raw fish chilling on ice, or hold the beef and chow down on a fresh firecracker roll, you can keep it simple and do that too. The choice is yours. 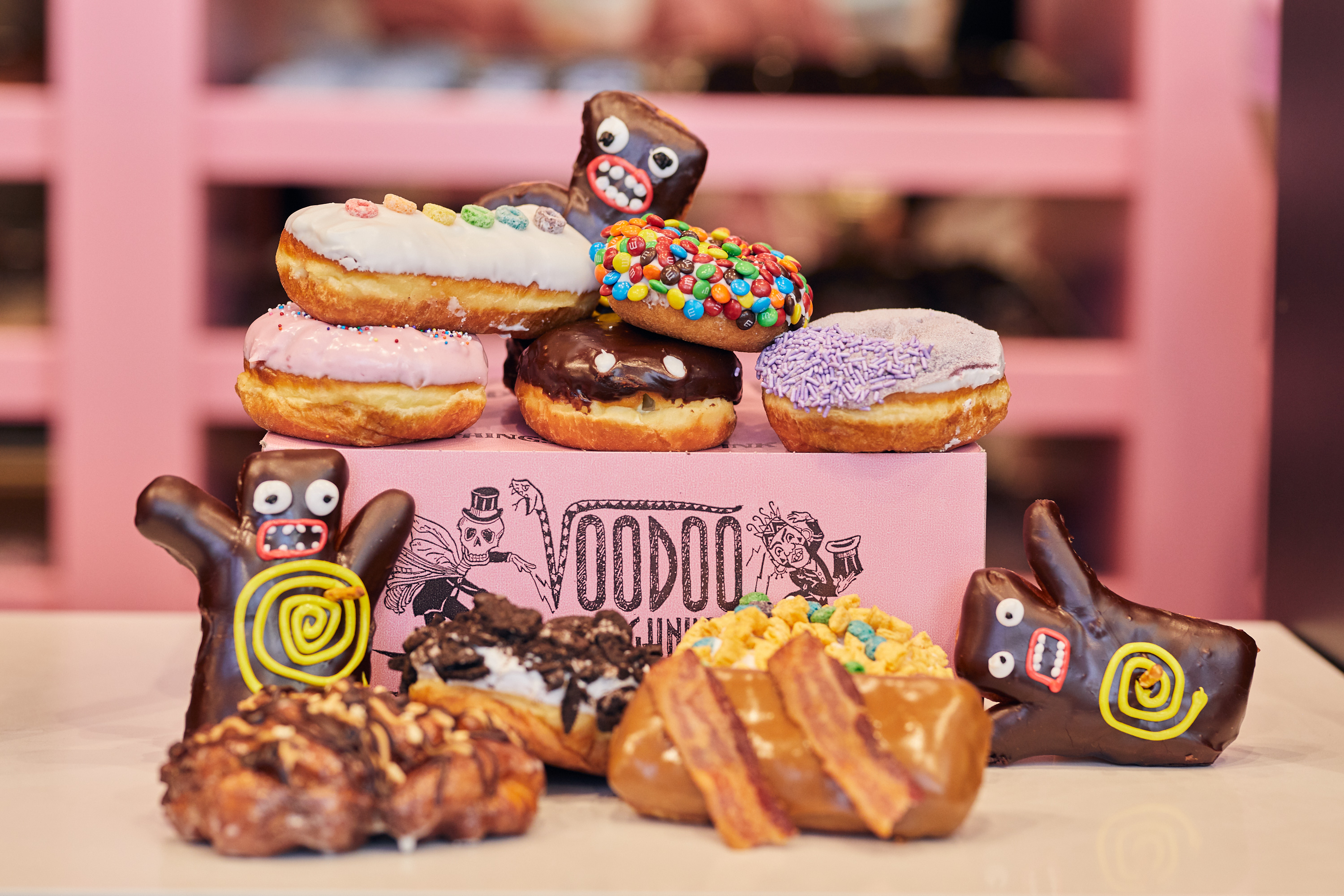 Still hungry? We’re starting to sense a theme here. One of the most exciting food options at Universal CityWalk is famed doughnut joint, Voodoo Doughnut. These sweet treats are so popular there is virtually always a queue out of the door, but don’t worry, it moves pretty fast. The store, which originated in Portland, Oregon, now serves 50 different types of doughnut and some of them look far too pretty to eat. Our pick has to be the ‘Voodoo Doll’, which is a delicious chocolate-covered doughnut man with super sweet jam inside. The really adventurous should try the Maple Bacon option – and yes, it actually does taste of bacon!

As well as a choice of bars and clubs at Universal CityWalk, over 21s can enjoy a night of amateur entertainment at the most glamorous karaoke stage in town.  Rising Star, a popular after-hours bar, gives willing volunteers the opportunity to belt out a classic tune, supported by a live band and backing singers. If you’ve ever wanted to embrace your inner Taylor Swift, Ed Sheeran or Frank Sinatra, warm up your vocals and take to the stage. Of course, you don’t have to sing, and enjoying a drink while others put on the show makes for a fun and lively evening. You might be amazed by some of the singers, they sound straight out of American Idol! Where’s Simon Cowell when you need him?