Get Set For Our Top Five Ho-Ho-Horrors!

It’s not really Susan’s thing (although she will put up with it, and will even admit to enjoying the shows), but Simon is absolutely in his element when it comes to the annual gore-fest that is Halloween Horror Nights at Universal Orlando. And here’s why. It is fun. Lots of fun. Like, laugh-out-loud fun. If you remember one crucial thing – they can’t touch you.

Once you have that essential factoid tucked away in your subconscious, it doesn’t matter how many chainsaw guys, zombies, werewolves and other horrors that Universal’s wickedly creative folks unleash upon you. You are totally safe to laugh in their faces and treat it all like one huge grisly joke.

That isn’t, of course, what the Kings Of Fake Gore are expecting you to do on any visit to HHN. They take their work extremely seriously, and they do expect you to at least scream once or twice, or jump out of your shoes. Go into a dead faint and they will be dead pleased.

There is more than just horror on offer, too. Much more. So let us walk you through our top five all-time fright-fully good experiences at Florida’s premier Halloween event, which runs on select nights until November 4. 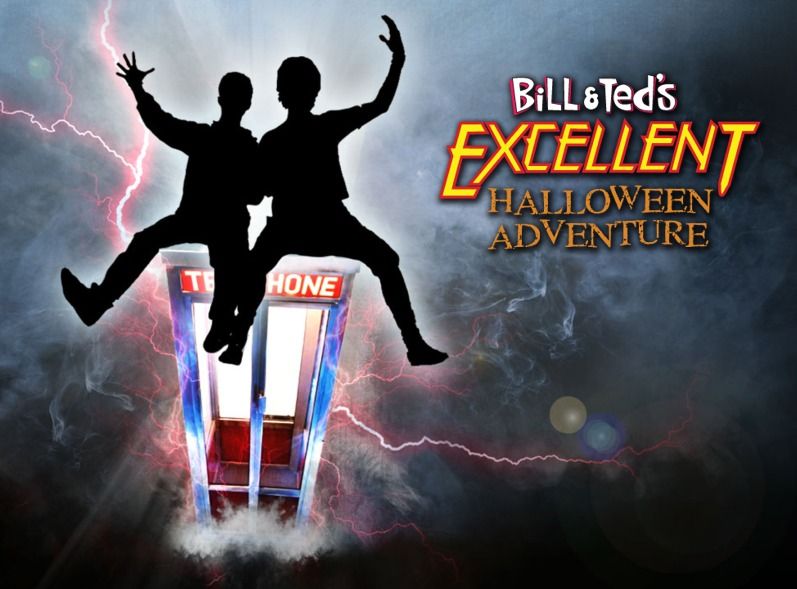 An absolute staple of the programme since the second year in 1992, this is very much the highlight for many, a riotous 30-minute stage show of the rude, risqué and downright hilarious, featuring those two lovable rogues from the Bill & Ted films and an all-star cast of singers, dancers and acrobats who lampoon just about everything in sight (especially the celebrities of the day).

The show warrants a PG-16 certificate but then, as HHN is not really suitable for children under 16 anyway, it’s in keeping with the general mayhem. Sadly, this show will be the last, as it is being billed as the ‘Farewell Tour’ for Bill S. Preston and Ted ‘Theodore’ Logan and their forever fledgling band Wyld Stallyns. Universal clearly has designs on the Fear Factor stage where this is presented, so we await developments next year with great interest. 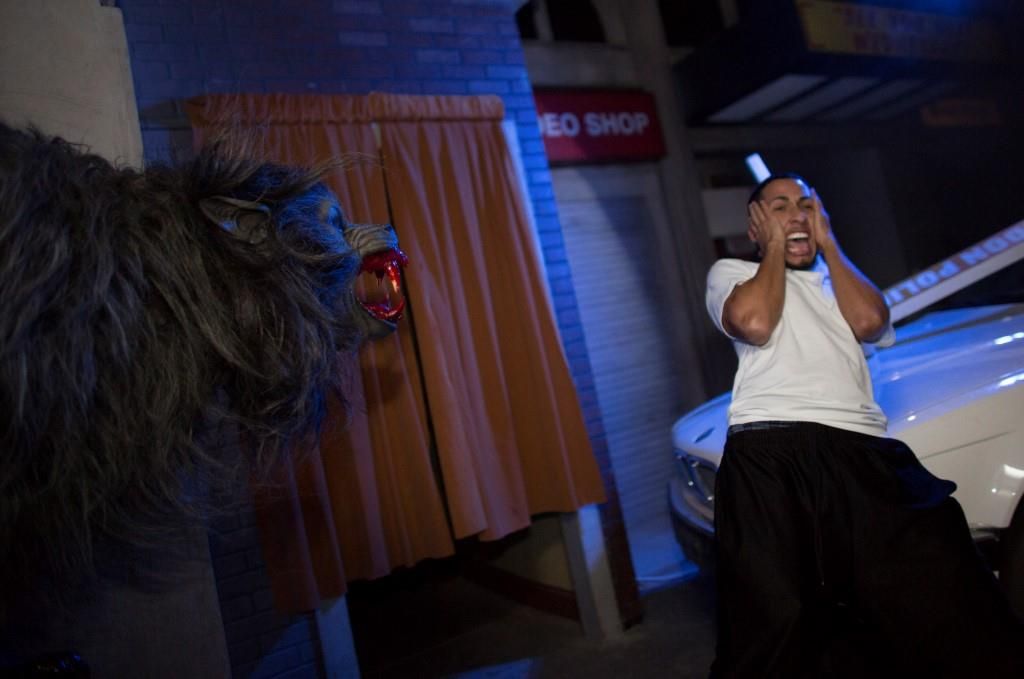 When John Landis unleashed his fiendishly delicious movie on the world in 1981, it took the horror genre to a new level of carnage and bloodshed. This is effectively what Universal have done with Halloween Horror Nights. To start with, HHN was all about imaginary horrors dreamed up by their own creative team (like Catacombs: Black Death Rising), but, over the years, they have evolved to include big-name franchises such as American Werewolf, Texas Chainsaw Massacre and A Nightmare On Elm Street.

The Werewolf made a hugely popular first appearance at Universal in 2013, and was repeated two years later, to equally impressive effect. This year, the Big-Name movie brand on offer will be that true classic, The Shining, as well as a reprise of Saw and American Horror Story: Volume 2. So we expect this to raise the bar on the annual scream-fest yet again! 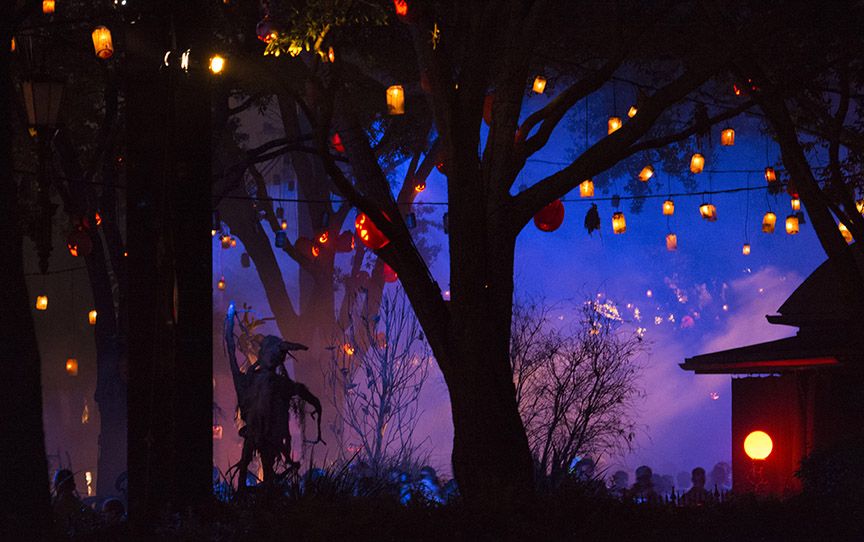 As well as the Haunted Houses like Werewolf and Friday The 13th, Universal Studios showcases a series of Scare Zones in open areas of the park to keep guests guessing as to where the next assault on the senses will be coming from. These can be more proven horror classics, like (in recent years) The Purge and The Walking Dead, or they can be the frenzied outpouring of the creative team’s own twisted imagination.

Field of Screams in 2004 was a brilliant example of the genre, a superbly creepy haunted cornfield, shrouded in fog and populated by chainsaw-wielding scarecrows. It scored a big ‘11’ on the Scare-ometer for us and is still one that Susan has nightmares about to this day! In 2017, there will be five full Scare Zones, with the return of The Purge and four completely new themes. We definitely like the sound of Altars Of Horror, while Invasion! promises to be an alien-laden treat of the trickiest kind. 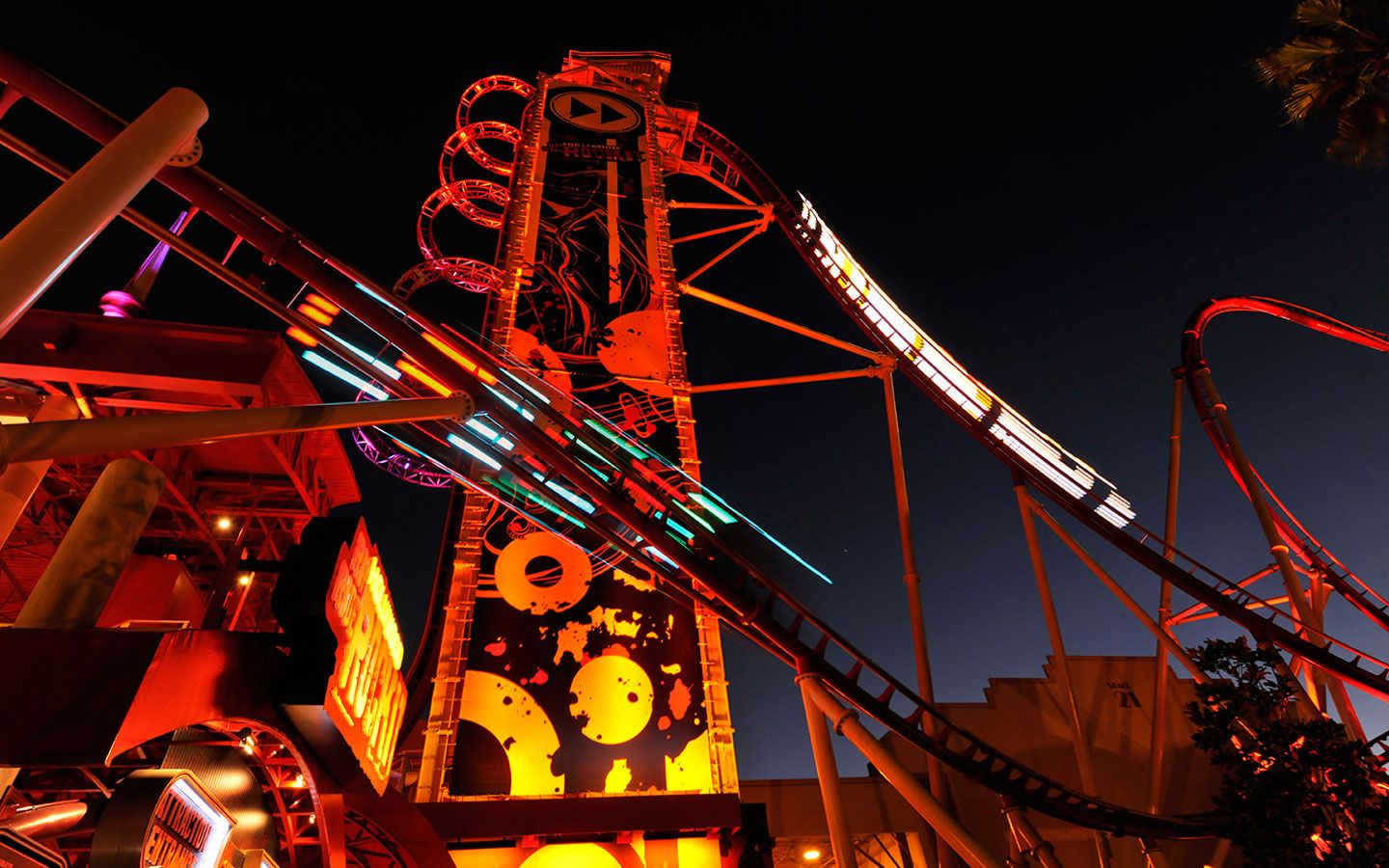 It’s easy to overlook the fact that most of the main rides in Universal Studios are still open as you dash from haunted house to haunted house (and you will need to dash at times – it’s those evil chainsaw guys!). But don’t. Queues for attractions like Revenge Of The Mummy, Transformers: The Ride 3-D and The Simpsons Ride are much lower than they are most days because a lot of visitors simply forget them amid all the horror nights elements.

In truth, you probably won’t have time to do all the rides as queues for the haunted houses can reach two hours at peak periods (which makes the Express Pass option for HHN extremely good time-saving value), but it is a great opportunity to take advantage of the shorter wait times, while riding something like Hollywood Rip Ride Rockit in the dark is definitely an extra thrill!

5. The Academy of Villains 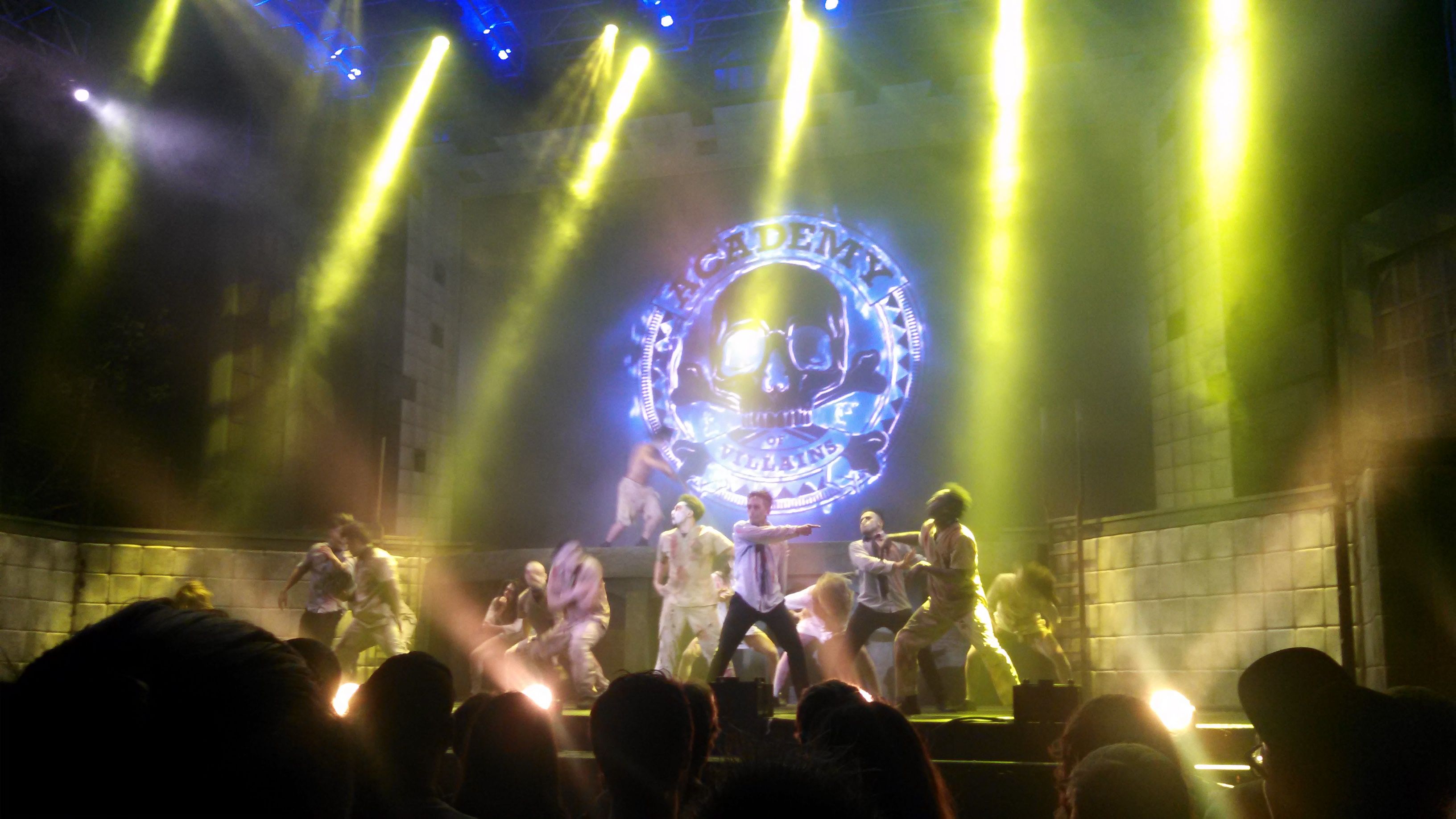 We almost missed this last year as we were trying to fit in an extra haunted house visit, and we were SO glad we didn’t as this turned out to be one of the drop-dead highlights of the 2016 production. We hadn’t heard anything about it in advance, but the Academy of Villains stage was set up in front of Mel’s Drive-In Diner and we happened to wander past about five minutes before their last performance of the night. We stopped, wondered – and were completely blown away.

This power-packed dance troupe are simply one of the most eye-catching groups we have ever seen, with a sense of dynamic energy that simply has to be seen to be believed, along with some special effects that make you go ‘Did I really just see that?’ Happily, they are back this year for another sampling of their unique brand of dance creativity and we’d go as far as to say this would be first on our agenda every night. Last year’s version was called House of Fear. This year it’s Afterlife, and we think it will be even better.

OK, so that’s just five reasons to visit. There are at least another 12 (new Houses and Scare Zones). So, if you’re in the (f)right mood, make sure Halloween Horror Nights is on your Orlando list this autumn!

If you have questions about Halloween Horror Nights – or anything else about the wonders of Orlando – be sure to join us on the ATD forums.

It's not too late to experience the action for yourself! Click here, to view our Halloween Horror Nights tickets.