New York City is a fascinating location - there is so much to learn about it and so many wonderful attractions dedicated to educating locals and visitors alike. New York is known the world over for its many museums and galleries, all of which will help those that are interested to return home with not just fun experiences but having learned something valuable as well. With that being said, for those planning their next NYC trip, we have put together this guide to the best educational attractions in New York – letting you know just where to go and what to absorb during your upcoming stay in the city.

Of course, to really enjoy all the wonderful educational attractions that New York has to offer, make sure to check out our FreeStyle Pass which is a New York multi-attraction pass giving you access to many of the below locations. The pass is perfect for those wanting to learn more about the city during their stay and also includes a fascinating selection of walking tours. 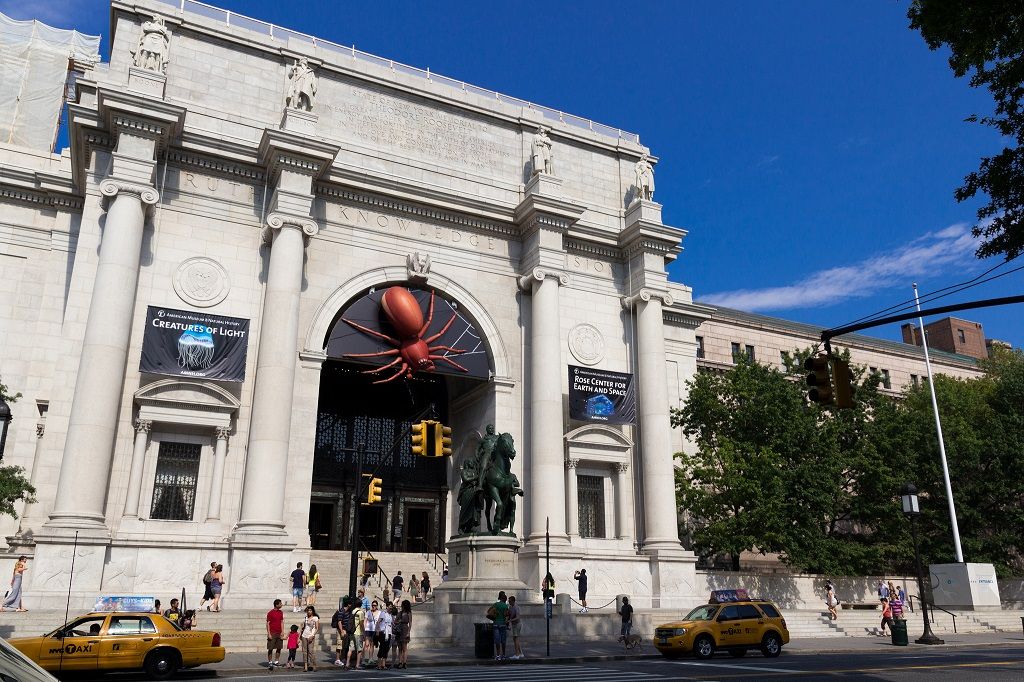 The American Museum of Natural History is not just a must-visit New York attraction but one of the world’s leading scientific and cultural institutions. Founded in 1869, the museum looks to help the world understand human culture, the natural world, and indeed the entire universe via its array of marvellous exhibitions, educational programmes, and important scientific research.

The American Museum of Natural History has more than 33 million specimens and exhibits and really is the perfect place to spend hours upon hours learning about a true bevy of fascinating subjects. Brad Harris, Senior Director of Visitor Services at the American Museum of Natural History, spoke to us about what sets the museum apart and makes it such a must-visit destination:

“Visitors to the Museum will experience a whirlwind adventure through time and space – literally. You will explore dinosaur fossils and travel through the Dark Universe, awe at a 94-foot blue whale floating above you and laugh as live butterflies land on your nose, journey through the rainforest to the Easter Islands and exit on Central Park West. It’s a place that people leave saying they will come again and they actually do.”

Regarding the highlights of the museum (especially for families) and what people should look forward to seeing, Brad told us: “The most popular feature for a first time visitor with kids would have to be the dinosaurs halls on the fourth floor, now even more popular with the recent addition of the 122-foot-long Titanosaur. The Museum’s 45 permanent exhibition halls offer a ‘field guide’ to the natural world and global cultures, while topical special temporary exhibitions and films presented at the Museum appeal to all ages and each will have the young visitors walk away with a closer connection to the wonders of our natural world.” 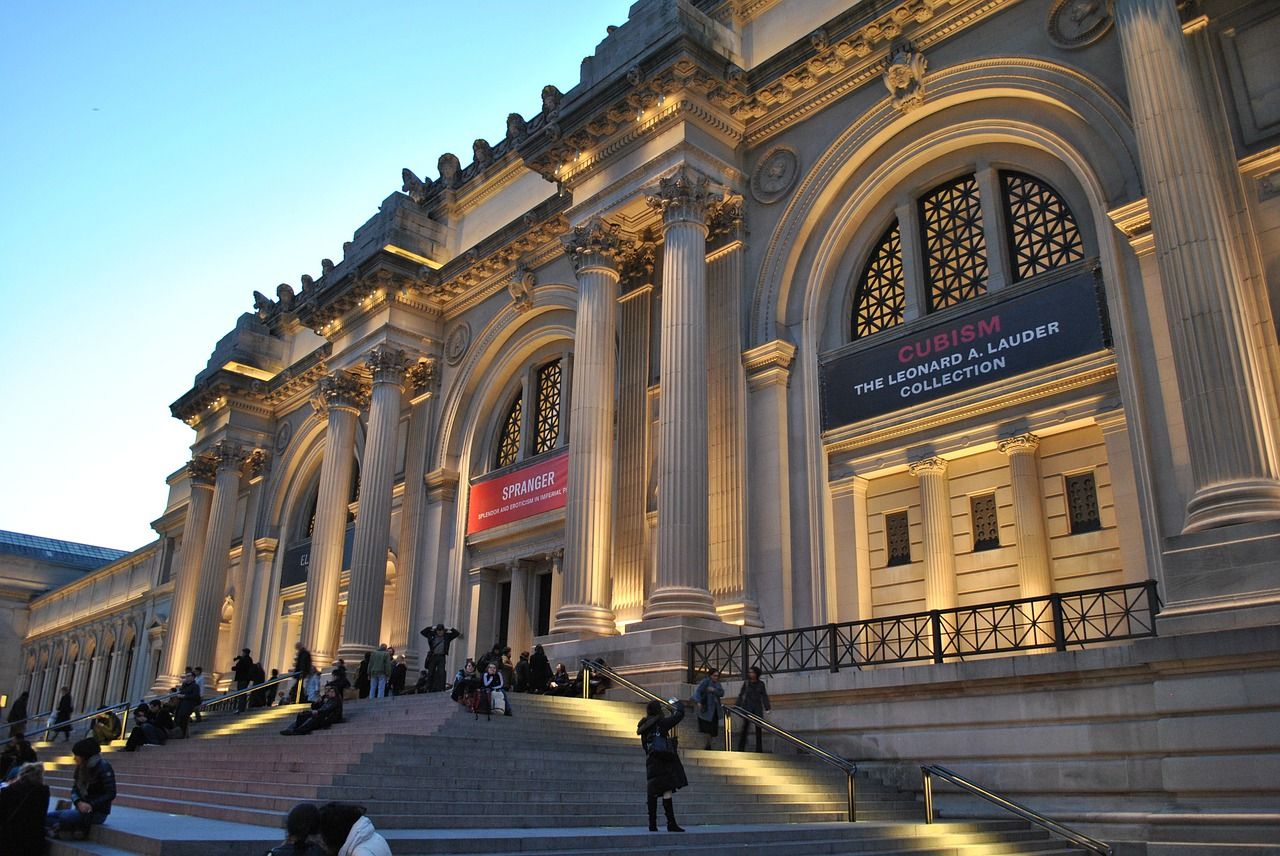 The Metropolitan Museum, otherwise known as The Met, is a world-renowned museum, and for those in search of top educational attractions in New York, it should certainly feature on your to-do list. Presenting to visitors over 5,000 years of art from all across the world, The Met is such a gargantuan experience that the museum needs to be housed at three different locations (The Met Fifth Avenue, The Met Breuer, and The Met Cloisters).

Founded way back in 1870, The Met welcomes eager art lovers into its galleries, where its various events and exhibits reveal an incredible story of Earth’s history and culture. Guided tours are available for those that want them, or visitors can explore at their leisure, able to pore over marvels such as ancient suits of armour, Persian watercolour masterpieces, and a treasure trove of Egyptian, Roman, and Greek wonders.

The Museum of Modern Art (MoMA) 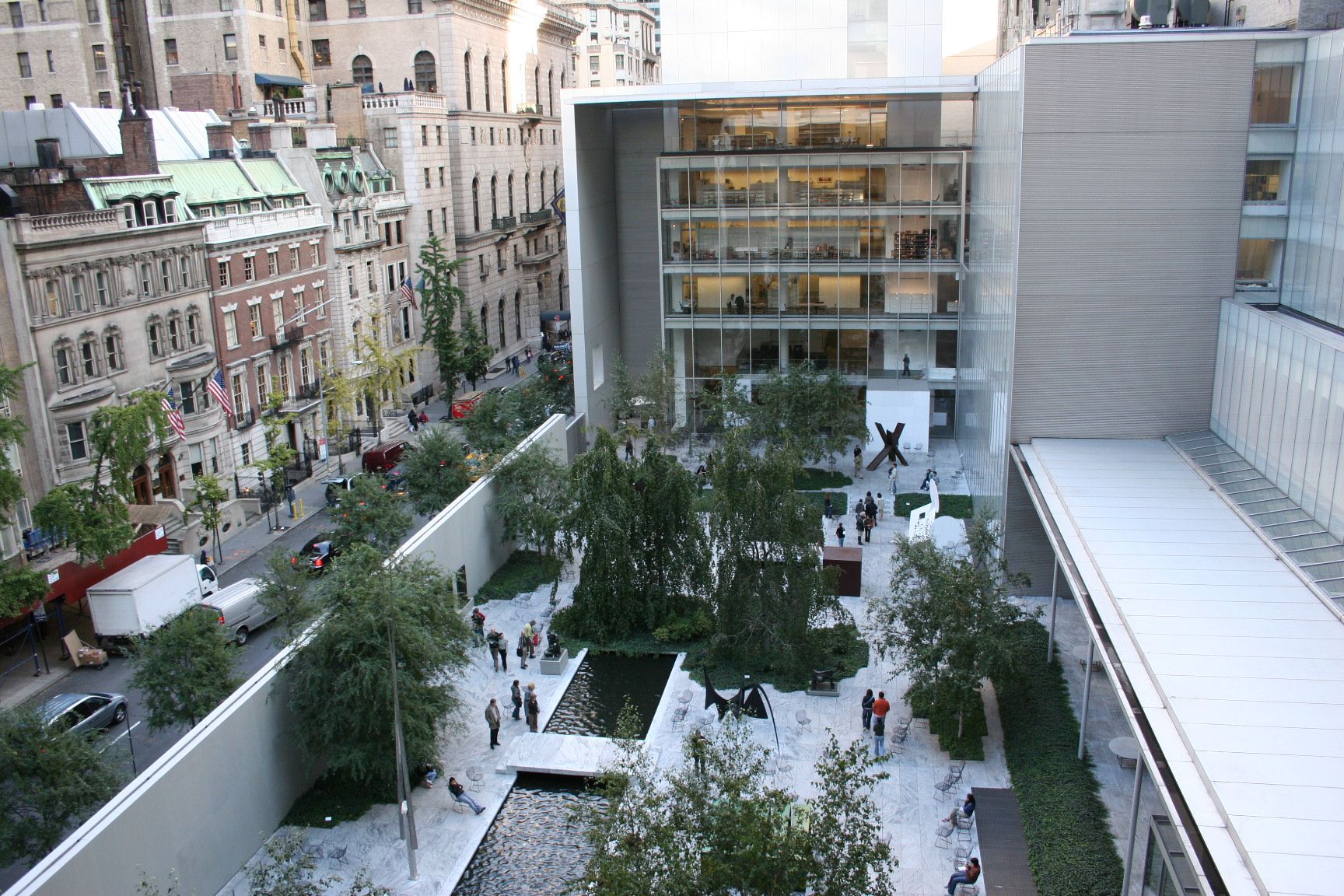 Hosting the finest collection of modern and contemporary art in the world, The Museum of Modern Art, otherwise known as MoMA, is an absolute must for all those interested in the field. This multi-level museum in Manhattan wows guests with cutting-edge contemporary works and modern wonders by icons such as Edward Hopper and Rene Magritte. While visitors should certainly expect big crowds at MoMA, the big installations and exhibitions are well worth the hustle and bustle.

The museum acts as a celebration of human creativity and is committed to sharing the most thought-proving work anywhere around. No museum tour of New York would be complete without visiting MoMA. And while you’re there, don’t forget to enjoy a spectacular meal at the museum’s Michelin-starred restaurant, aptly named The Modern. Or for something a bit more casual, stop by the second floor café for some delicious grub. 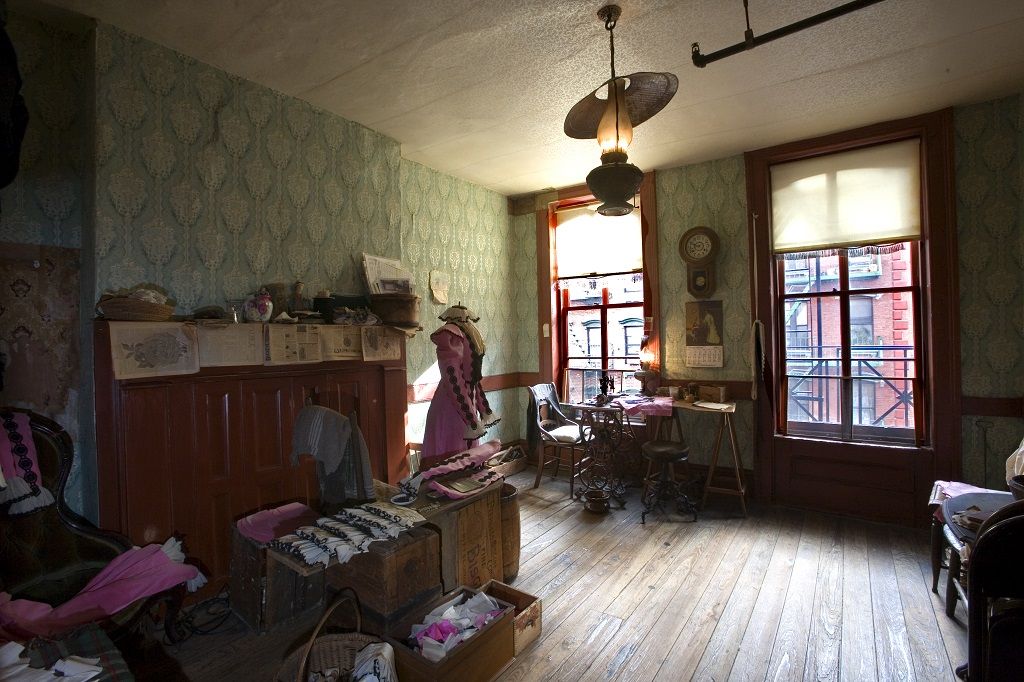 One of New York’s smaller museums that must be visited during your time in the city is the Tenement Museum on Orchard Street. With the goal of bringing the American dream to life through fascinating personal stories of immigrant families who came to settle on the Lower East Side, the museum provides visitors with an insightful glimpse into life during the turn of the 20th-Century.

Housed in two buildings, both of which were once home to people from various backgrounds and nations, the museum looks to present visitors with a slice of American history. Hosting 250,000 visitors a year, the Tenement Museum is regularly ranked among NYC’s top attractions. Via a series of guided tours of the restored apartments, as well as walking tours of the surrounding neighbourhood, a trip to the Tenement Museum is certainly an educational experience and one that should not be passed up.

Museum of the City of New York 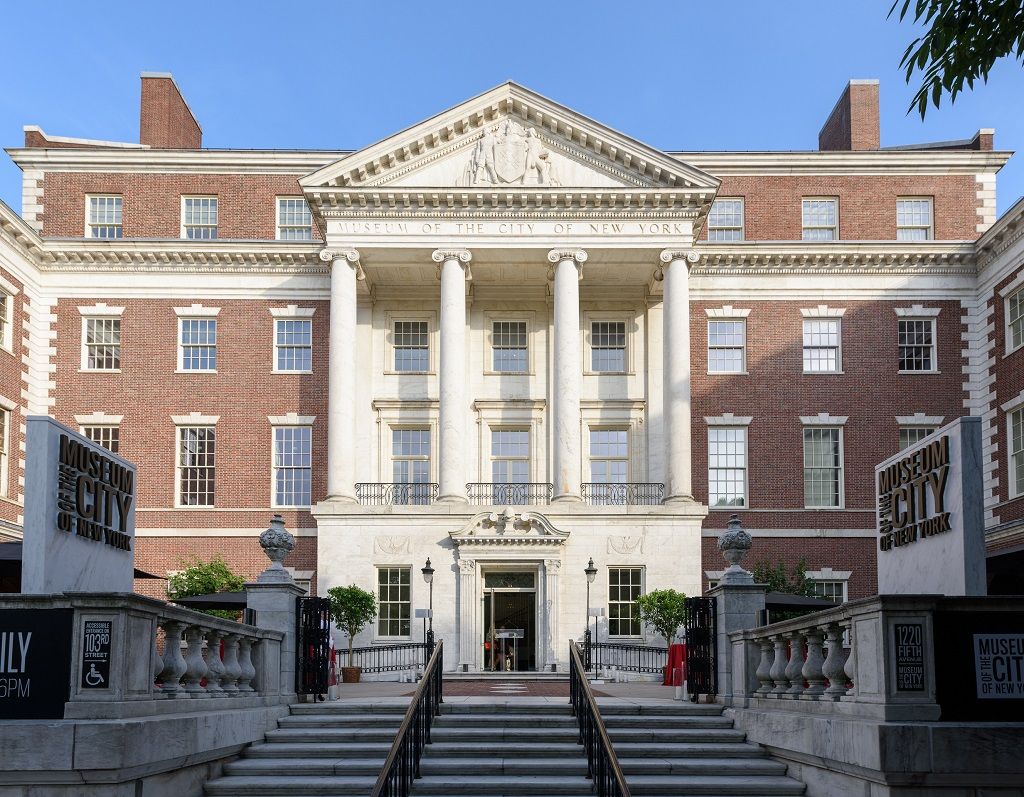 The Museum of the City of New York was established in 1923 and has made its name by collecting, preserving, and presenting fascinating items that are related to the culture and history of NYC. Housed in a Georgian Colonial-Revival building (formerly situated at the Mayor’s residence), the museum today boasts an incredibly impressive collection of artefacts that are bound to impress.

The collection found at the Museum of the City of New York is wide ranging, with everything from a suit worn to George Washington’s Inaugural Ball, to graffiti writing and art from the 1980s – everyone will find something that strikes their fancy. If you really want to explore New York history upon your visit, the museum’s first permanent exhibition, ‘New York at Its Core’, is an absolute must.

This enthralling exhibition explores the story of NYC’s dramatic transformation from a Dutch Settlement to all the challenges and opportunities that the city faces today and in the future. This exhibit remarkably packs in an incredible amount of history and impressively encapsulates what New York is all about. With nearly 450 historical objects and images, and high-tech maps, multimedia installations, and more, visitors can engage with New York’s past and present like never before. 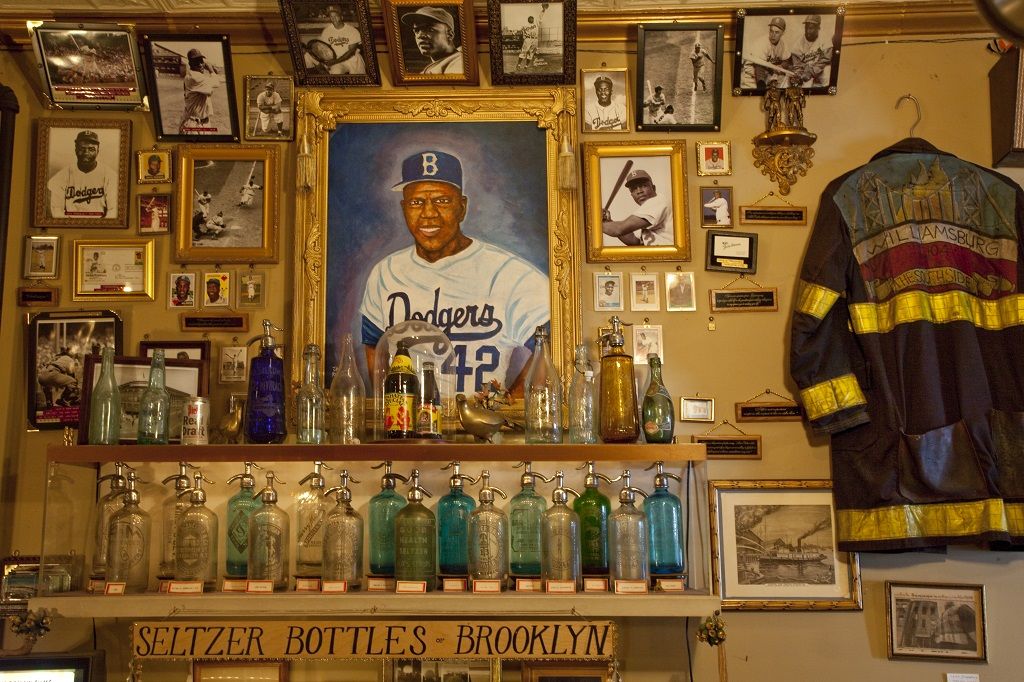 Finding its beginning in 2002 as a window display in the apartment of its founder, Dave Herman, The City Reliquary Museum had its grand opening at its Metropolitan Avenue location in 2006 and is home to an intriguing collection of New York artefacts. A fusion between where New York has been to where it is today, the museum will delight those looking for authenticity and a more intimate museum experience during their time in NYC.

“The City Reliquary Museum is a unique, not-for-profit community museum and civic organization that showcases the everyday life of past and present New York City”, the museum told us. “It accomplishes this through its permanent collection of artefacts and rotating exhibits that connect natives and newcomers alike to the city.”

Regarding the specifics of what visitors can look forward to seeing, City Reliquary explained: “The City Reliquary is a cabinet of curiosities that speaks to the people, personalities, and histories that make New York City great. Visitors will have a chance to see such material as New York World’s Fair memorabilia, a collection of seltzer bottles, the original 2nd Ave Deli sign, tributes to New York installations Jackie Robinson and Little Egypt, and an enormous collection of Statues of Liberty, among many other things. These items work in conjunction to tell the rich history of New York.” 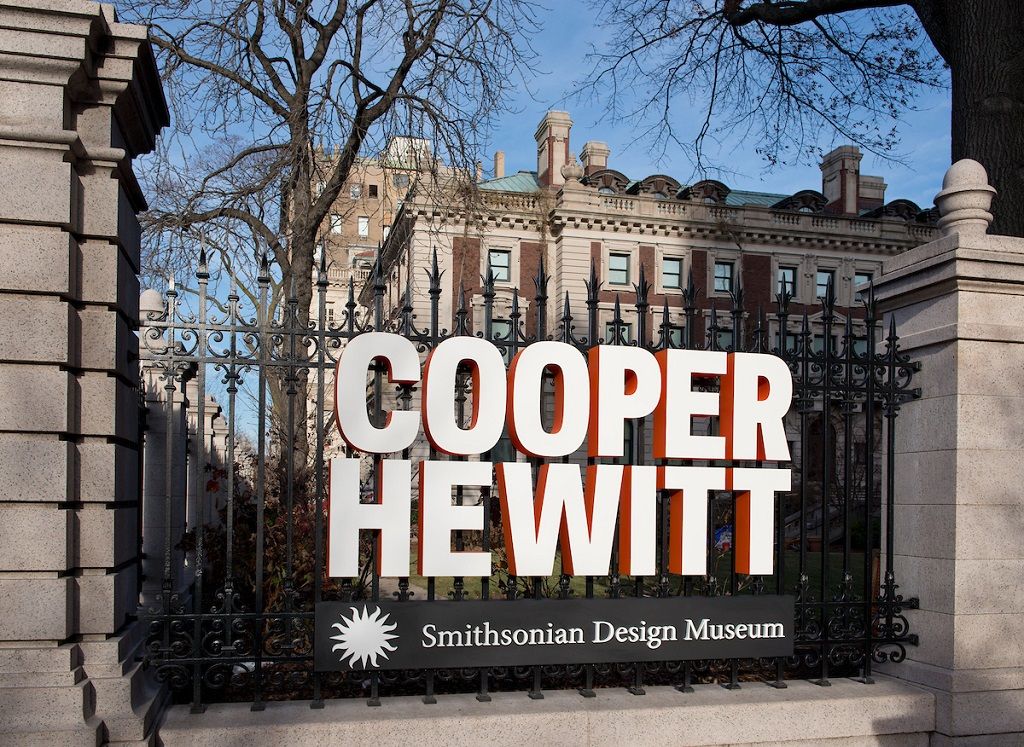 Cooper Hewitt, Smithsonian Design Museum was founded in 1897 and is the only museum in America that has devoted itself entirely to the field of historic and contemporary design. Cooper Hewitt, at its renovated and restored Carnegie Mansion location, is home to one of the world’s widest ranging and most complete collections of design works. Regarding what visitors can expect to enjoy at the museum, Cooper Hewitt told us:

“Cooper Hewitt offers a full range of interactive capabilities and immersive creative experiences, including the Cooper Hewitt Pen that allows visitors to ‘collect’ and ‘save’ objects from around the galleries, the opportunity to explore the collection digitally on ultra-high-definition touch-screen tables, and draw and project their own wallpaper designs in the Immersion Room.

“Cooper Hewitt’s exhibitions feature a rich mix of historic and contemporary design objects from our permanent collection, special exhibitions, and dynamic interactive experiences. We also have an exciting calendar of events, including hands-on workshops, talks, and family programs.

“The Immersion Room on the second floor uses digital and projection technologies to bring the museum’s collection of wallcoverings, the largest and most significant in North America, to life. Browse hundreds of high-resolution digitized wallpapers and see them projected at full-scale, floor-to-ceiling on the surrounding walls. Sketch your own designs, adjust the colors and manipulate repeat patterns, and see them projected on the walls around you.”

Museum of the Moving Image 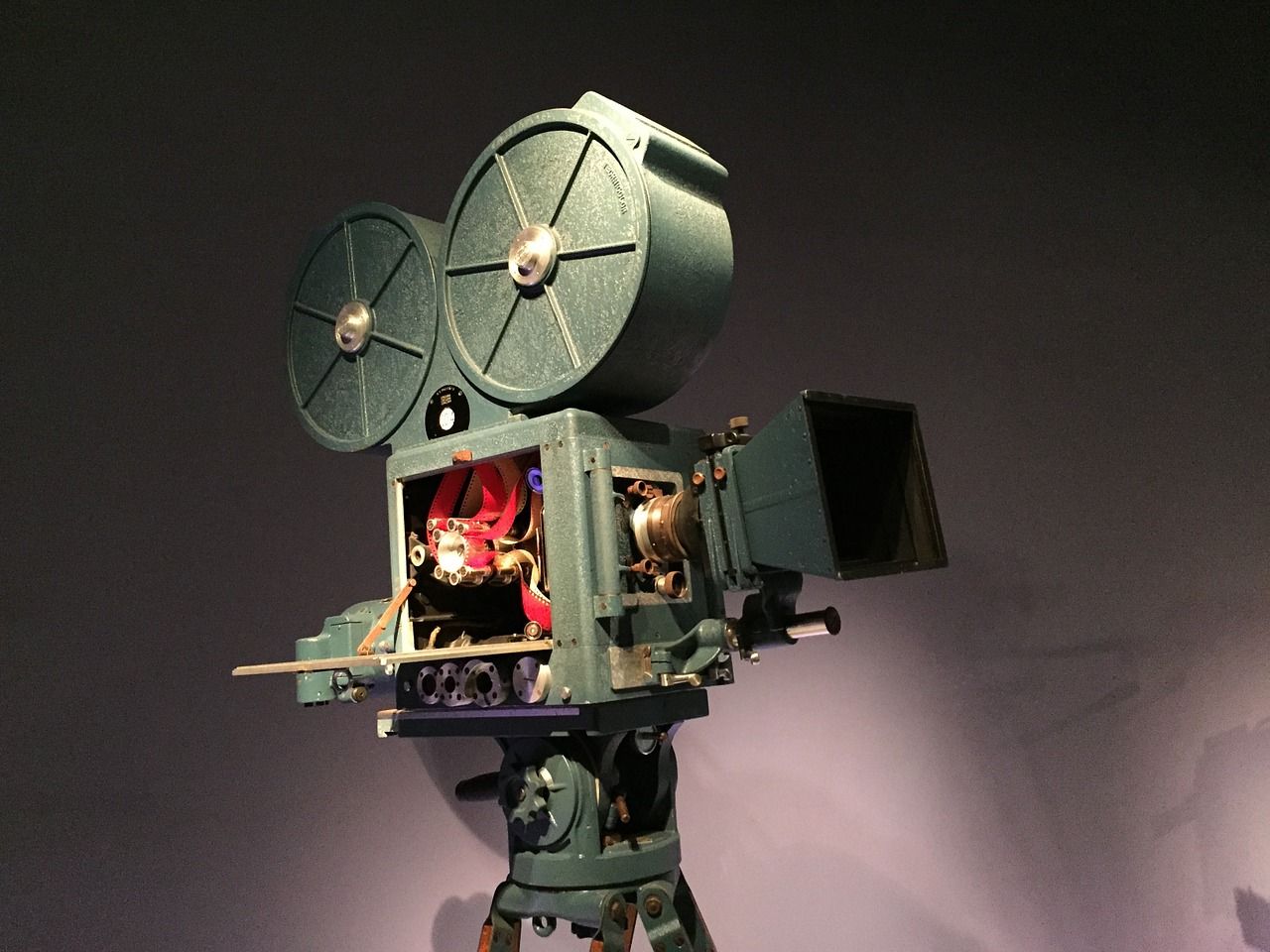 Situated on the historic 13-acre lot that once made up Kaufman Astoria Studios, the Museum of the Moving Image is a must-visit attraction for all those who are in love with cinema, and especially those that would like to learn more about it. The museum’s goal is to help visitors understand and enjoy the history and art of film and television, managing to do so with one of a kind exhibitions, interpretive programmes, and their important collection of moving-image artefacts.

The museum’s permanent exhibition and its core feature is known as Behind the Screen, and allows visitors to immerse themselves in the movie making process, featuring more than 1,400 artefacts such as 19th-century optical toys, video games, artwork, and a bevy of must-see interactive experiences. The Museum of the Moving Image even screens films (more than 400 a year), showcasing both classic and modern examples of the art form, including restored prints and live music for silent films.

Ready to start planning your holiday to New York? Click here, to view our full range of NYC attractions.