New York Knicks Basketball Tickets , New York
See a slam-dunk in one of the world’s most iconic stadiums.
Basketball season is back and underway in New York City. Don’t miss your chance to catch a legendary game!

A classic American sport, seeing a basketball game while you’re in the States is a must-do for any visitor, especially if you happen to be in New York City when a match is on. 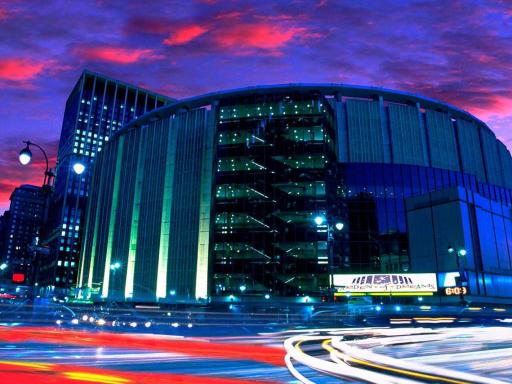 Where do the New York Knicks play?

The New York Knicks play their home games in the iconic Madison Square Gardens, which no doubt you would have heard of. During these matches, fans flock to ‘the Gardens’ to catch a glimpse of the players' world-class techniques, and tourists love immersing themselves in the patriotic experience.

When are the New York Knicks playing?

The basketball season runs from October until mid-April. Here is the New York Knicks’ 2019/20 schedule, along with who they are facing. Please note: dates and times are subject to change. 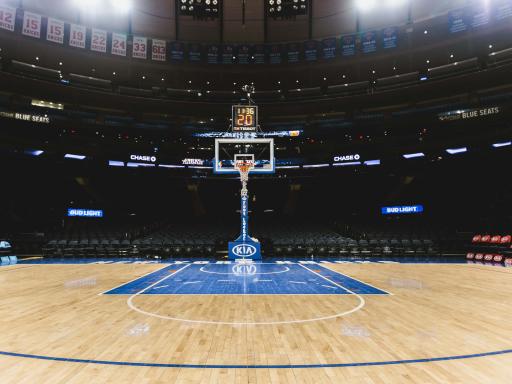 Who plays for the New York Knicks?

Being one of the most notable teams in the country means that a host of famous faces have passed through the New York Knicks team, including Patrick Ewing, Walt Frazier, and Willis Reed.

Will any celebrities be in the New York Knicks crowd?

The New York Knicks come from the largest city in the U.S. and play in one of the best stadiums in the world, so of course, you’re bound to see some recognisable faces in the crowd cheering on their favourite team.

Director Spike Lee is often seen sporting his Knicks merchandise and rooting for those slam-dunks, as is fellow director Woody Allen. Actress Drew Barrymore is a self-confessed Knicks fan, and singer Alicia Keys can also sometimes be spotted court-side. Ben Stiller is joined by wife Christine Taylor and their children for many a Knicks game, and if you’re really lucky, you may even see 50 Cent too. Keep your eyes peeled - there may very well be a celebrity (or two) lurking in the crowd during your next Knicks game! 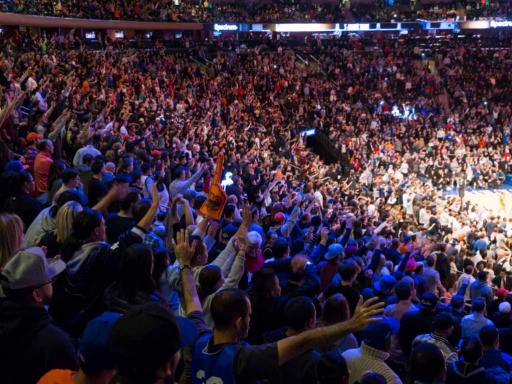 How much are New York Knicks tickets?

Depending on which seats and dates you opt for, ticket prices for games range in price. The lower price gets you a seat in the West Balcony or East Balcony Lofts, while the highest price is for the Club Gold category - premium 100 level seating with access to the Club Bar and Grill before the game, plus in-seat service during the game.

How do you get to Madison Square Garden?

The Gardens are really easy to get to, being located right above Penn. Station, which serves a range of subway trains. You can take the 1, 2, 3, A, C, and E trains directly to 34th Street/Penn. Station, or take the B, D, F, M, N, Q, and R trains to 34th Street/Herald Square, then walk one block to Madison Square Garden.

Ubers and New York taxis will also easily know where the arena is too - just ask your driver to take you there.

What food and drink options are there at Madison Square Garden?

There’s plenty of food and drinks choices at Madison Square Garden, perfect for you to grab a bite before, after or even during the game. Most of the vendors/restaurants specialise in classic American-style grub - think burgers, hotdogs, fried chicken, and all those iconic snacks that you associate with sitting court-side.

However, there’s also a host of grills, Italian-inspired eateries, and even a dedicated gluten-free place to dine. Fancy a sweet treat? There’s a bakery, Dunkin’ Donuts, and many places to get ice-cream, popcorn and other goodies too.

If you’re over 21 (the legal drinking age in America), then you can enjoy one of the many bars in Madison Square Garden. Enjoy a refreshing craft beer, or treat yourself to an extravagant cocktail. 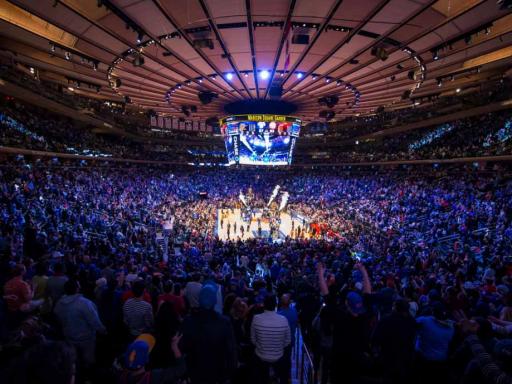 What are the best New York Knicks games to go and see?

Any New York Knicks game you see will be unforgettable and legendary, if just for the iconic location alone. However, just like football-rivalries here in the UK, there are some epic basketball rivalries that make for exciting viewing with an electrifying atmosphere.

The Knicks’ inter-city rivals are the Brooklyn Nets, mainly for the fact that they come from the same area. Each season, a battle between the two teams takes place to capture the hearts of New Yorkers. The New York Knicks play the Brooklyn Nets on the 24th November and the 26th January.

Another big rival are the Boston Celtics, showcasing an epic clash of the two biggest cities in the northeast. The New York Knicks play Boston Celtics on 26th October and 1st December.

Finally, you have the Miami Heat team, an old and established rivalry going back to when the teams clashed in the 90’s. This is a game usually marked in any Knicks’ fans’ calendar, and mustn’t be missed. The New York Knicks play Miami Heat on 12th January and 5th April.

Ready to see the world’s finest athletes showcasing their skills in one of the world’s greatest venues? Click here to browse our 2019/20 New York Knicks basketball tickets now.