One of the biggest announcements from the last few weeks was the news that a brand-new Star Wars hotel is opening at Walt Disney World. The new hotel will be a fully immersive experience, with guests transported to a galaxy far far away where they will follow an exciting and adventurous narrative that will makes guests feel as if they’re really part of the action. The new hotel is likely to coincide with the new Star Wars land, and may even be built within or close to the new land, allowing hotel guests to never ‘leave’ the immersive experience. More details emerged this week about the incredible plans for Star Wars land itself, with the name of the new land being revealed – Star Wars: Galaxy’s Edge – and the model of how the new land will look. This new land full of amazing attractions promises to be a Star Wars fan’s dreams and will be a completely immersive experience where you’ll have the chance to meet some of your favourite characters, and ride some incredible new attractions.

The most imminent new attraction opening at Walt Disney World is Toy Story Land at Disney’s Hollywood Studios. This new land is set to open in the summer of 2018, so customers booked to travel after this period will get to experience a world of fun in Andy’s colourful backyard. The Slinky Dog Dash coaster and the Little Green Men spinner attraction are set to join the existing Toy Story Mania ride which is a huge fan-favourite at the park already – we can’t wait! 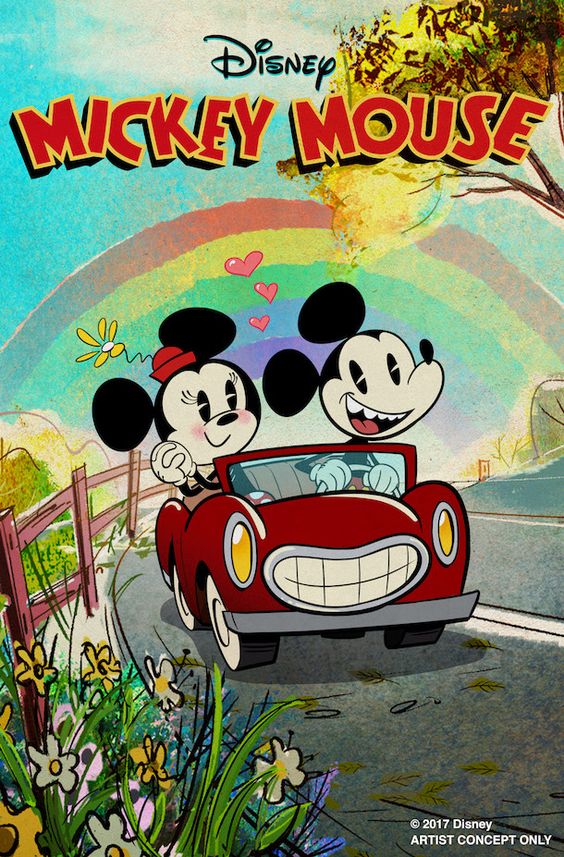 It’s surprising but, until now, there has never been a Mickey-themed roller coaster or attraction at any of the Disney parks.  That’s all about to change though, as the ‘Great Movie Ride’ at Disney’s Hollywood Studios is re-imagined into ‘Mickey and Minnie’s Runaway Railway’. The new ride will use ground-breaking “2 ½ D” technology to bring to life the dazzling world of colour and visual effects that you’ll find a Mickey Mouse Cartoon Short.

If you love roller coasters, you’ll be happy to hear that one of the most popular coasters from the Shanghai Disneyland Park is coming to Magic Kingdom. Tron, an incredible coaster made up of 3-D graphics, flashing lights and heart-thumping music, will take guests on an adrenaline-fuelled race on ‘Lightcycles’ – a ride vehicle you may never have experienced before!

Two brand new attractions are coming to Epcot, with the first one based on a popular attraction from Disneyland Paris. Following the incredible response to the opening of the Paris area at the Walt Disney Studios Park, it made perfect sense when Disney announced that the Ratatouille ride was also going to be coming to the France pavilion at Epcot! We can’t wait to see it!

7. Guardians of the Galaxy Attraction Not too much information is available for this brand-new attraction coming to Epcot, but what we do know is that there’ll be the opportunity to meet all your favourite Guardians characters outside! They may be unlikely heroes, but we bet everyone will be making a bee-line for a cuddle with adorable Groot. To make way for this epic new attraction, the current Universe of Energy attraction will close on the 13th August. When you’re at Walt Disney World resort, the only way to travel is to travel in style. And travel in style you will with the brand-new fleet of “Minnie vans”, which are decked out in Minnie’s trademark red with white spots! The new vans will take you anywhere you want to go within Walt Disney World Resort for a rumoured flat rate of $20 and are designed to add an extra touch of magic to your Disney holiday.

Epcot is about to get its first Space-themed restaurant adjacent to where the current Mission: SPACE shuttle simlulator attraction is currently. The new restaurant will have views over the ‘galaxy’ rather than the usual theme park sights in order to allow guests to leave this planet and experience dining in a whole new world. Let’s hope they leave the freeze-dried food back on Earth though!

A new entertainment venue based on the iconic Willis Wood theatre in 1920’s Kansas City is opening on Main Street, U.S.A. at Magic Kingdom. The new theatre is expected to bring world-class entertainment to to the park, although the full schedule is yet to be realised by Disney. ‘Gondola’ ride cars will soon transport Disney gets from the Epcot park to Disney’s Hollywood Studios, making stops along the way at Disney’s Art of Animation, Pop Century and Caribbean Beach Resorts. The new transport will be called ‘Disney Skyliner’ and will feature Disney characters on each of the unique airborne gondolas.

Opening: Unknown, but estimated for 2019.

To book tickets to visit Walt Disney World for the opening of Toy Story Land in 2018, click here.