Outside of its thrilling attractions, Walt Disney World Resort in Florida is home to some of the most imaginative eats in Orlando. From delicious Mickey-shaped street food to sit-down dinners in elaborately themed restaurants, Disney magic awaits in every bite, including the resort’s vegan offerings.

For this article, we enlisted the help of some Disney-loving bloggers to give us their top vegan suggestions you can enjoy at Walt Disney World Resort.

Who doesn’t love a good milkshake? And at Sci-Fi Dine-In Theater Restaurant in Disney’s Hollywood Studios, their Vegan Cookie Shake is sure to satisfy your sweet tooth.

“There’s so much choice at Walt Disney World Resort now for vegans”, says blogger and mum of three Sara-Jayne from Keep Up with the Jones Family. “Our favourites have to be the Vegan Cookie Shake with Coconut Whipped Cream from Sci-Fi Dine-In Theater Restaurant in Disney’s Hollywood Studios - there's nothing like watching old movies with a thick shake with (vegan) cookie chunks!”

When wandering around the Disney Parks, treating yourself to a famous Mickey Waffle is an absolute must! And of course, these tasty Mickey-shaped treats can also be made without dairy, so everyone can have their fix.

Another favourite of hers, Sara-Jayne was over the moon to be able to order vegan Mickey Waffles: “We recently discovered that you could get vegan Mickey Waffles - because Mickey Waffles should be on everyone's list! We had ours at Disney's Port Orleans Resort - French Quarter after we’d been on the Beignet Dash, but of course, you can find them at a number of places around the Resort.”

If you’re a big lover of seitan (wheat gluten), you’ll want to check out Landscape of Flavors in Disney's Art of Animation Resort to sample their Chipotle Seitan and Vegetable Sauté dish.

“When looking for vegan options at Walt Disney World Resort, remember to check out the hotel restaurants as well as those in the Disney Parks, as these are often overlooked - I personally recommend Landscape of Flavors for their vegan food,” says Prize Warriors blogger Kellie. “It's a food court-style restaurant and they do this amazing seitan scramble dish - Chipotle Seitan and Vegetable Sauté - which is really nice.”

Kellie was also really impressed with the service, with the staff going above and beyond to cater to her son’s tastes.

“This was off-menu, but the staff were happy to make a vegan grilled cheese sandwich for my son, which they made in the shape of a fish - he was so pleased with it!” 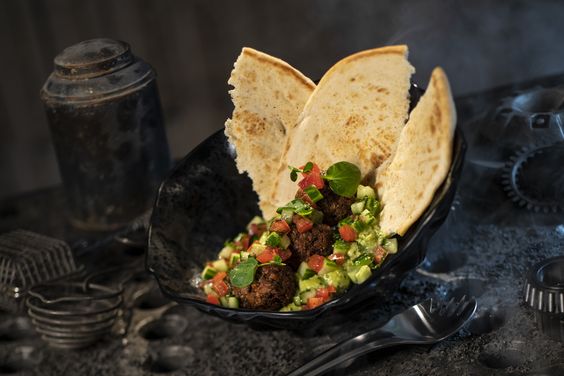 Plant-based meatballs and herb hummus served alongside a pita bread. What more could you want when you’re in need of a quick but sumptuous pick-me-up in the Disney Parks? You can find this moreish dish over at Docking Bay 7 Food and Cargo at Disney’s Hollywood Studios.

This tasty recommendation comes from Melissa, a vegan Disney foodie who runs the website Vegan Disney World: “The Felucian Kefta and Garden Hummus spread is an absolute must. A real unique vegan option which uses plant-based substitute Impossible™ Foods paired with a delicious hummus. A very light and refreshing meal in the parks.”

Of course, we couldn’t leave a tasty vegan breakfast option off our list! Another recommendation from Melissa, a delicious way to kick-start your day is by visiting Kona Cafe in Disney's Polynesian Village Resort for a scrumptious serving of vegan Tonga Toast - banana-stuffed French toast rolled in cinnamon sugar and served with a strawberry compote. It isn’t on the menu so you will need to ask for it, which makes it feel somewhat secret and extra special!

“For breakfast, a must-visit is Kona Cafe where they can make a vegan Tonga Toast,” says Melissa. “If that’s not enough, they also have the on-menu option of a Plant-based Loco Moco. Both of which are delicious!”

Selected locations through the Resort 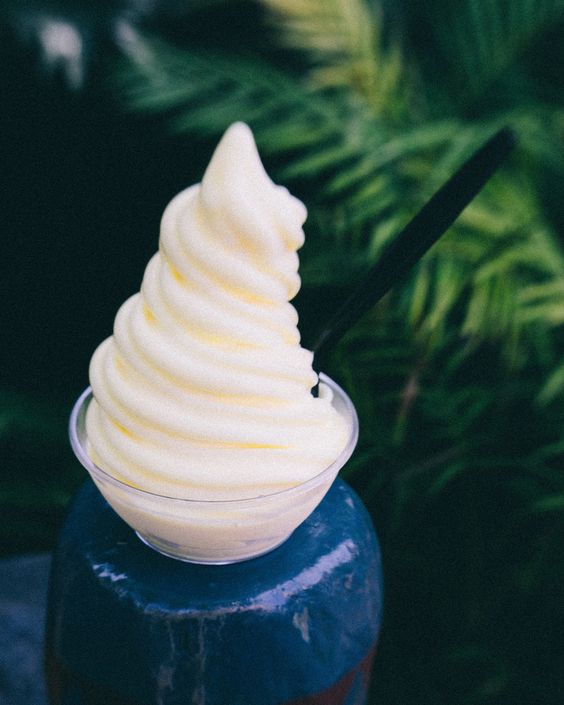 Lovers of ice cream rejoice! Did you know that all DOLE Whip®’s fruit-flavoured ice cream is vegan? Not only this, but they are also gluten- and fat-free.

“All of the DOLE Whip® fruit flavours are vegan and are delicious!” Melissa tells us. “My personal favourite flavour is Lemon & Lime which can be found at Pineapple Lanai in Disney's Polynesian Village Resort.”

Just be mindful that some locations may also serve a vanilla soft-serve to go with your swirl - which is not vegan! 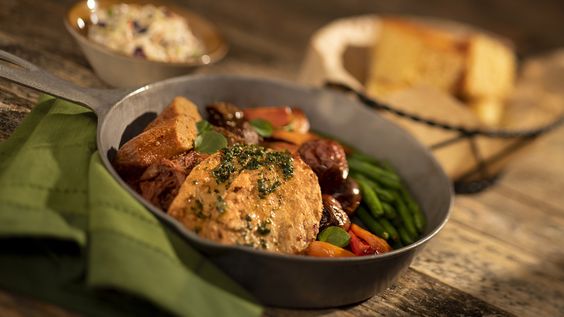 If you find yourself in Magic Kingdom Resort Area, head down to Whispering Canyon Café in Disney’s Wilderness Lodge for a vegan skillet option that you will be desperately trying to recreate when you get home.

When it comes to Disney’s foodie offering, it’s always worth remembering that there are various Walt Disney World dietary guides to help you get the best of your experience, whether you’re vegan, gluten intolerant or have an allergy.

Have the above suggestions whetted your appetite? Get in touch with the AttractionTickets.com team today and let us help you buy Disney Tickets and plan your Walt Disney World Resort in Florida trip.