Get 3 Universal Orlando™ Parks For The Price Of 2!

When you visit Universal Orlando Resort™

Let us help you plan your Orlando holiday

Based on 1 reviews via

excellent service . The shuttle bus was on time every day going and coming back from Disney.

Make your stay in Orlando completely stress-free with the Theme Park Express...

The fastest, most economical way to get to Universal Orlando and Walt Disney World with minimal stops. Your Theme Park Express pass gives you unlimited use of the shuttle service for the number of days purchased.

With regular departures from multiple convenient locations, make getting to and from the major Orlando theme parks as stress-free and straightforward as possible with the Theme Park Shuttle Express.

Orlando is known for its amazing theme parks. Let us show you! We travel to Universal Orlando and Walt Disney World, where you can immerse yourself in many different worlds.

Let us handle your theme park transportation needs so you can enjoy more time at some Orlando’s best theme parks. Save time and money with our Combo Disney and Universal Theme Park Express Transportation Service.

In the morning our pickups are curbside on International Drive and we will drop you off at Universal Orlando or Disney’s EPCOT. Once you arrive at EPCOT you can board a monorail, boat or bus to get to any other Disney parks.

In the evening, we will collect you from Universal Orlando, Disney’s Epcot or Disney’s Magic Kingdom and return you to International Drive.

Choose either the Universal Orlando Shuttle, Walt Disney World Shuttle or go for a combo that includes both and get great value for money and use it as many times as you wish within your ticket validity.

Return service begins at 5.30pm, with the last shuttle departing the Universal at 9.30pm.

Take advantage of the Theme Park Shuttle Express! With this Combo, you will have a shuttle that will take you to both Universal Orlando and Walt Disney World.

Schedules (subject to change without notice) 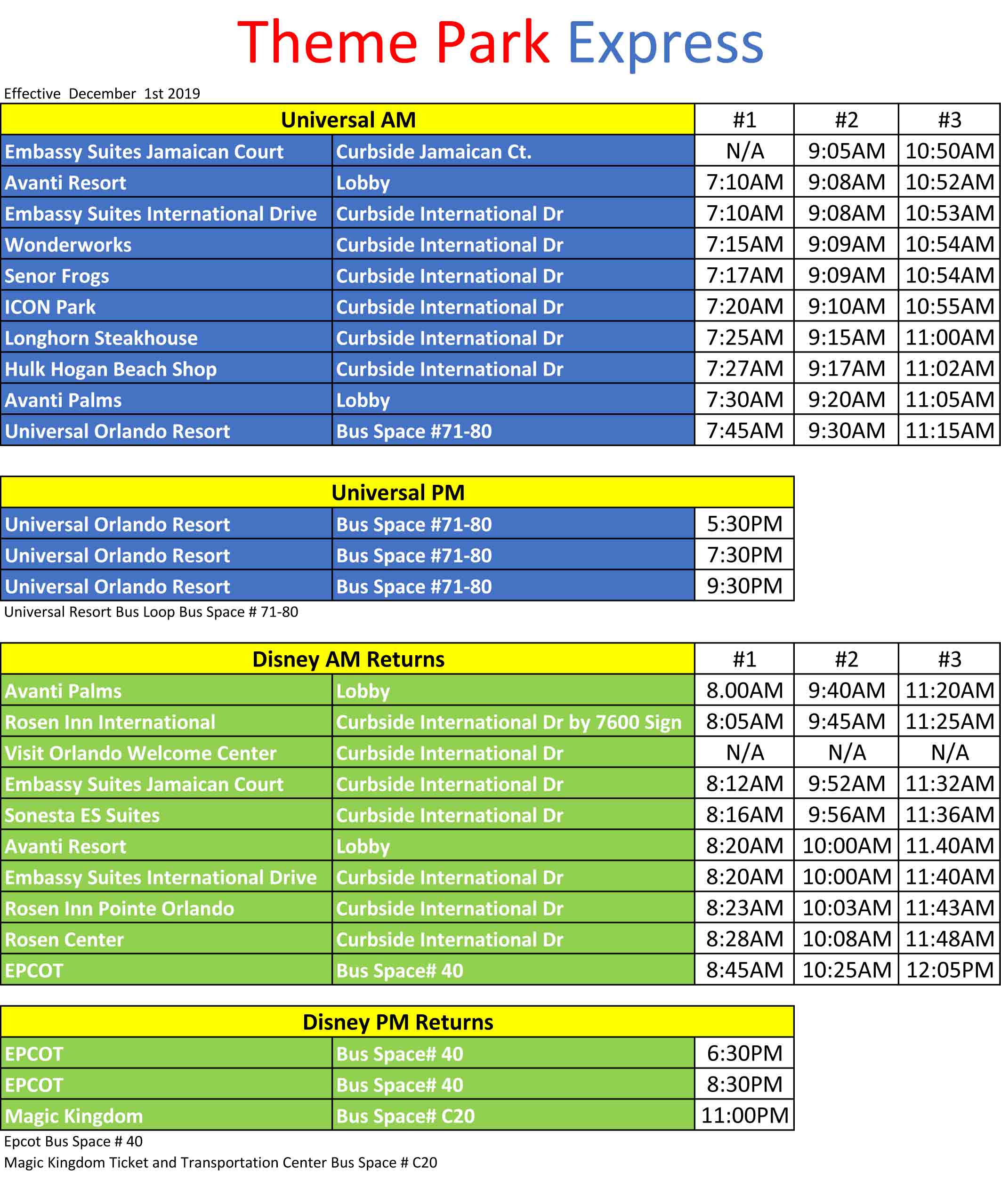 excellent service . The shuttle bus was on time every day going and coming back from Disney.