Things to Do In Paris When It Is Raining

Wet weather does not need to ruin your Parisian plans, in fact, there are plenty of places to visit in the city on those rainy days.

From the city’s many marvellous museums and historic attractions to its independent cafes and shops, you are sure to find something to enjoy.

We spoke to a range of bloggers who have visited Paris to find out what they recommend doing in the city when it rains.

The Louvre Museum’s impressive pyramid structure is one of the city’s most iconic attractions and a popular place for tourists to visit. The Louvre prides itself as being the largest museum in the world and draws in 10 million people each year.

There are many sculptures, paintings and antiquities to see at the museum, including Mona Lisa, Venus de Milo and the Regent Diamond.

There is a wide range of permanent and temporary exhibitions at the museum to enjoy as well as 15 cafes, restaurants and takeaway outlets located throughout.

Chris, who writes for Artisan Traveller, told us the attraction is one of his favourite places in Paris: “The Louvre is completely sheltered from the elements and houses some of the most famous pieces of art on the planet. Better still, the first Saturday of the month between 6pm-9.45pm admission is completely free.” 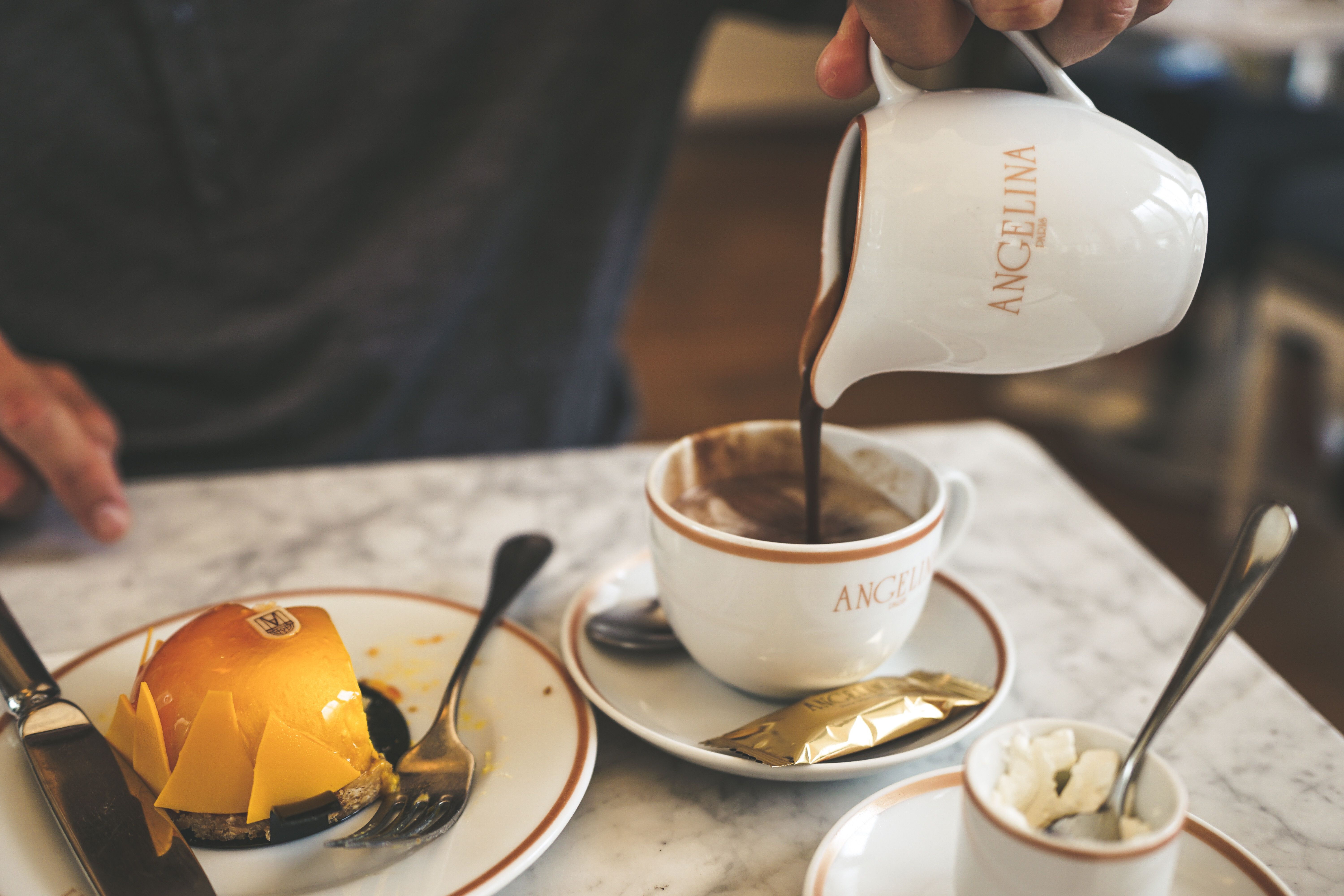 Angelina is a tearoom which, since it’s inception in 1903, has welcomed many locals and visitors through its doors. The interior was designed in a traditional Belle Epoque style by architect Edouard-Jean Niermans and encompasses the romanticism and elegance many people associate with Paris.

The tearoom offers many sumptuous treats including The Mont-Blanc which is a pastry combined with meringue, whipped cream and chestnut paste vermicelli.

Blogger Rachel Nicole told us indulging at Angelina is a must: “I highly recommend going for high tea at Angelina. It was a famous hotspot for Coco Chanel and they do the most amazing hot chocolates. It's the perfect place to spend the afternoon in Paris hiding from the rain.”

The tearoom is also a favourite of blogger Chloe from I’m Just A Girl, she said: “I suggest grabbing a bite to eat and a decadent hot chocolate at Angelina's if it's raining. Paris is a great place to visit as it's got so much to offer everyone. While it's often dubbed as the city of love, Paris welcomes everyone, from solo travellers to hen parties; it offers an eclectic mix of delicious cuisine, stunning architecture and plentiful culture.

City views from the Centre Pompidou 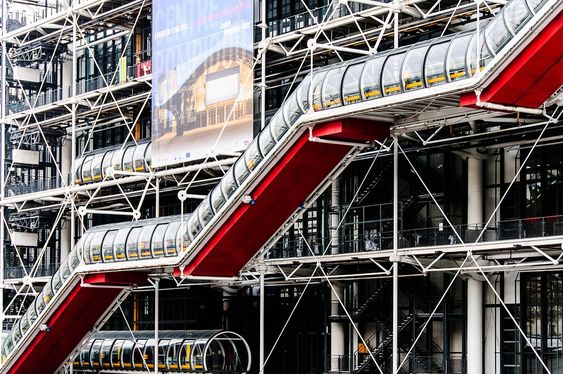 The Centre Pompidou is in the centre of the city and was created as a multidisciplinary cultural centre. It houses a library, the National Museum of Modern Art and a centre for music and acoustic research. The centre was opened in 1977 and within the first 20 years, it had received more than 150 million visitors.

The distinctive building has large windows and transparent passageways which means visitors get a fabulous view across Paris, which is impressive come rain or shine.

Blogger Jess Rigg recommends visiting the centre: “You can get stunning views of Paris, the floors are full of art to wander through whilst waiting for the rain to stop and there are plenty of cafés and restaurants.”

Sometimes you just need to indulge in some retail therapy on those rainy days and the department store Galeries Lafayette is the perfect place to do so.

The flagship store is on Boulevard Haussmann in the 9th arrondissement of Paris and other stores can also be found across France. The art nouveau building boasts stunning views across the city as well as a variety of designer and high street shops.

Kirstin from Let’s Go Somewhere Else explained that window shopping at Galeries Lafayette was just one of the activities she enjoys during a rainy day in Paris:

“After visiting Paris more times than I can count on both hands, I’ve had my fair share of rainy days while there. My top recommendations are visiting a pastry shop and trying the first thing you see, you’ve earned it after dealing with the weather! Also, have a window shop around Gallery Lafayette or even head deep down underground to the Catacombs.”

Kirstin also told us why she thinks Paris is such a great city to visit: “As I’m from London, it is so nice to just hop on a train and on the other end is an entirely different culture. Try and see it beyond the city of romance and it becomes an incredible city of food, design as well as character.  It’s also a bonus that Disneyland is just one hour away from the centre.”

Booking your Disneyland Paris tickets before you embark on a day trip out of the city is a great way to avoid the queues and to make the most of time at the park.

The Montparnasse Tower Observation Deck offers a completely uninterrupted view of Paris and is home to the highest café lounge in the city. The deck has the highest viewpoint facing the city’s most iconic landmark, the Eiffel Tower.

You can marvel at the city’s spectacular illuminations if you visit during the evening opening hours and at the top of the tower, you will find a Champagne bar.

Bex from Bex Massey said, in her opinion, the best views of the city are not from the Eiffel Tower but are found from the Montparnasse Tower Observation Deck. She said: “If you want to see Paris in its glory, head to the observation deck. It has a 360-degree view of the city, and is particularly magical at night, when the Eiffel tower sparkles from sunset, every hour, on the hour.”

Take a tour around Musée d'Orsay

Visiting the Musée d'Orsay to marvel at the works of art is something Haydy from Squibb Vicious recommends. The museum holds many French works of art as well as sculptures and photography. The museum was opened in 1986, and prior to that, the building housed a railway station.

Haydy suggests taking a tour of the museum before heading for lunch at the onsite restaurant: “The museum is wonderfully educational, you get to take in all of the incredible art in the museum from such an array of artists over such a vast time period. Lunch in the restaurant is simply divine; the decor is magnificent and will take your breath away. The food is of the highest quality and if the steak tartare happens to be on the menu when you visit, I'd highly recommend it.” 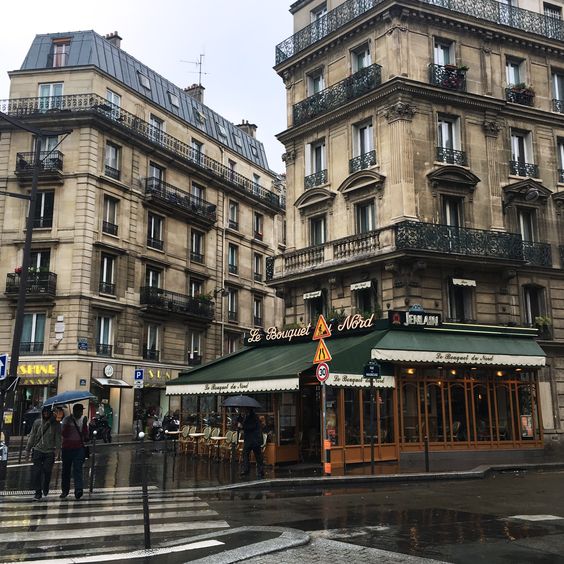 If the inclement weather is not going to stop you exploring Paris then simply heading out and embracing the rain for some sightseeing is something both Bex and Kirstin recommend.

Bex explained: “Frankly if I had to be anywhere in the rain, I would pick Paris. It's an atmospheric city, the architecture is stunning and there's something beautiful about walking along the riverside in the rain.”

Kirstin told us: “My personal favourite is dealing with the rain and heading over to the Eiffel Tower in the evening to watch it sparkle. A lot fewer people are outside when it rains, so it feels like you have it all to yourself.”

If you are looking for more things to do in Paris during your trip, make sure you have a look at our Paris tours and attractions.

Ready to start planning your trip to Paris? Click here, to view our full range of Paris attraction tickets.